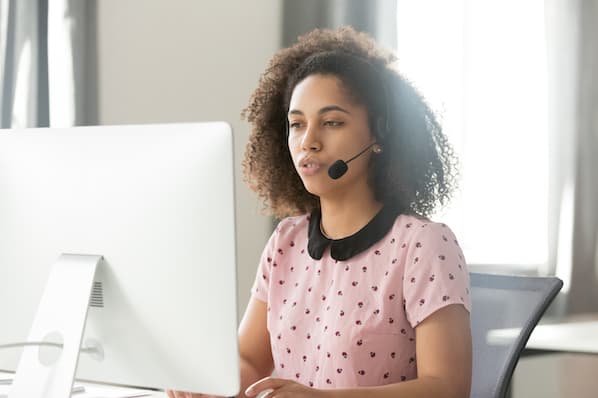 Do you remember that Will Smith movie from 2004 called I, Robot? If you've never seen it, here's a very high-level synopsis of the film. It takes place in the year 2035, and humanoid robots basically do all the jobs humans don't want to do.

Eventually, they become self-aware and revolt against all humanity. And Will Smith, who plays a police detective, stops them. At least I think he does. Admittedly, I don't remember the movie that well — except for one scene.

In this scene, Will Smith is talking to one of the robots alone and asks it, "Can a robot write a symphony? Can a robot turn a canvas into a beautiful masterpiece?"

To which the robot replies, "Can you?"

It's a pretty solid comeback for a robot. And Will Smith is stunned and doesn't say anything. However, I thought of a pretty scathing reply he could have hit back with — the kind of response you think of three days later in the shower.

If he really wanted to show the robot who's boss, he could have said, "Oh yeah? Well, can a robot sell sales software to a business of any size?"

At which point, the robot would be stumped. It wouldn't have the answer. But in fairness, you might not either. So for both your and the robot's sake, we've compiled some insight from HubSpot experts about the topic. Let's check out what they have to say about AI taking sales jobs.

Why Some Reps Are Nervous

As AI becomes more sophisticated, some occupations will be more vulnerable than others to the rising tide of automation. Even now, we're seeing robots replacing certain kinds of workers. Generally speaking, those positions are more data-oriented and quantitative in nature.

As Vajra, Account Executive at HubSpot, puts it, "Most people think AI will replace the economic tiers of society from the bottom up — from the blue-collar to the white-collar. In reality, AI has already replaced many white-collar jobs in the legal, underwriting, and medical diagnoses spaces. But it hasn't been able to address the day-to-day tasks a plumber or electrician performs...Still, there's no denying that there's a quantitative nature to sales — negotiation, vendor management, and budget constraints all require people to know the numbers and make decisions based upon them."

AI's ability to address the data-driven, more readily automatable elements of sales jobs makes some reps nervous. Account Manager, Nicole Bhatia, says, "Do I, as a salesperson, worry that a robot might steal my job? Yes. I do worry about that. I work for a company that sells the AI that can replace a sales rep. I see first hand the business demand to automate the lead qualification and lead nurturing processes — to move away from traditional sales tactics."

That being said, there's much more to sales than quantitative responsibilities. It's AI's inability to handle that side of the process that keeps many reps from losing sleep over the prospect of robots stealing their jobs.

Sales is an inherently emotional field. Prospects aren't swayed solely by figures presented to them. There's a significantly human element to conveying the value of a proposition. Bhatia suggests, "After six years selling, I know that making a purchasing decision is an emotional process — the larger the purchase, the more emotionally taxing the purchasing decision. Even if you've spent months researching options to inform your buying decision, pulling the trigger on a purchase that can change your company's financial future is scary."

It takes a human being to alleviate that kind of fear. Machines can't offer that kind of reassurance. She continues, "My job as a sales rep is to validate my prospects fears/concerns and challenge them where their thinking is unfounded — to shoulder part of the responsibility of helping a business make the right purchasing decision. My job as a sales rep is to make my prospect feel safe enough to complete a transaction in a timely manner when their natural urge might be to kick the can down the road due to fear of making a wrong decision."

Sales is, in large part, the art of conveying value — something AI hasn't quite pinned down yet. As Vajra puts it, "Cost matters, but value matters more. There's no shortage of studies suggesting that people behave by buying what they want — before buying what they need. In sales, successful reps play on value because cost is fixed, whereas value is perceived. Through the art of communication, negotiation, compassion, and understanding, value can be demonstrated in a way that our best algorithms are decades away from solving for."

At the end of the day, our reps' thoughts on why AI won't take sales jobs boiled down to its lack of distinctly human characteristics — namely, empathy. As Inbound Growth Specialist, Kieran Quinn, frames it, "While a computer might have more technical knowledge than I ever could, empathy is crucial in any sales process. And as far as I know, you can't program empathy."

Carl Ferreira, Senior Account Executive, adds, "Bots will never take the place of an excellent salesperson. Trust is built through meaningful conversations and emotional connections that are required in any sale — all of which bots cannot facilitate. Bots facilitate transactions. The complexity of any sales doesn't come from a product. Complexity in any sale stems from the fact that humans are complex and those connections and relationships require navigation, empathy, creativity, and curiosity."

Ultimately, sales requires a touch of humanity that AI can't offer. People need to be set at ease before making major purchasing decisions. As of right now, robots lack the traits necessary to make that happen. For the time being, sales reps shouldn't worry about AI taking sales jobs.

The world portrayed in I, Robot is far off. Until the day that movie becomes reality, I wouldn't worry about losing your sales job to AI. And even if a robot uprising takes place and all of humankind has to fight for survival, I'm pretty sure people will still be better at sales than robots. 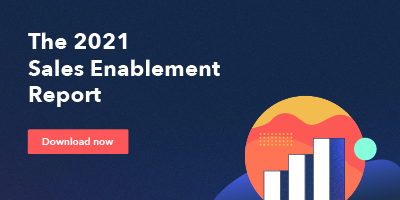