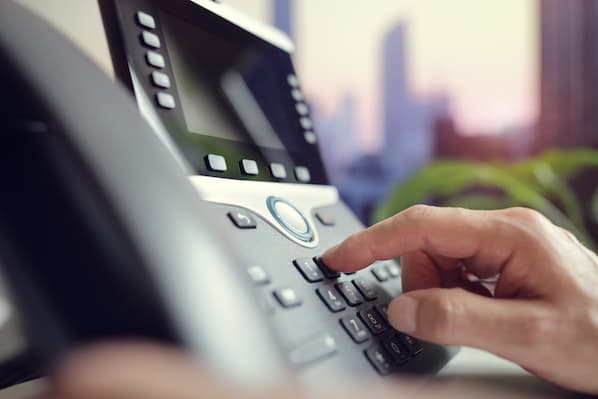 By the time a sales engagement reaches the negotiation stage, the rep can see the revenue at the end of the tunnel. If they can just engineer a win-win deal for both sides, they'll be that much closer to making quota.

But negotiations can go awry quickly and in any number of ways.

While there's no surefire way to barter a positive outcome, avoiding a handful of common mistakes can decrease the likelihood of the negotiation getting derailed.

Here are the worst mistakes reps make when they negotiate. If you lose more deals in the final stretch than you'd like, one of these common behaviors could be to blame.

1. Not Negotiating with the Signing Authority

A critical part of the sales process is identifying the ultimate decision maker early on, and speaking directly to that person. Unfortunately, too many reps don't realize they're not talking with the final decision maker until the negotiation phase.

Negotiating with a person who doesn't possess the authority to sign a contract is a recipe for disaster. Let's say you make a handful of concessions and settle on a number that's 10% less than your regular price. Now the prospect passes this figure along to the final decision maker … and negotiations start all over again. Only this time, the starting number is the already reduced price. The sales rep has to honor the concessions they made in the first round, and make even more in round two.

The lesson? Never get into numbers until you have the final signatory in front of you.

2. Saying "This Is My Bottom Line"

You can also lump phrases such as "this is non-negotiable" or "it's a dealbreaker" in this category. When salespeople dig in their heels during a negotiation with these sentiments, they feel like they're exuding confidence and strength.

However, the more limitations you introduce into a negotiation, the less likely it is to be successful. The best negotiators put the most options on the table, not the fewest. For both sides to emerge victorious, negotiators must be open-minded and flexible. Keep hard restrictions to yourself if at all possible.

Most salespeople want to get a negotiation over as quickly as possible. They fear the more time that passes, the less likely the prospect is to sign.

This is the exact opposite of the truth. The longer people are engaged in a healthy negotiation, the more likely both parties want it to end favorably. It's perfectly okay to allow for some healthy pauses or take a break to run an idea by a colleague.

Resist the temptation to negotiate too quickly because you're nervous. Slow the discussion down, and have some intentional silences built in.

4. Not Building in a Few Concessions

With this in mind, salespeople would be wise to build a few concessions into their negotiation strategy. But many don't. Instead, they structure the conversation so as to determine a "winner" and a "loser." This is unhealthy for both salesperson and prospect -- no matter which side each is on.

Create a few points where when the prospect says "yes," they feel like they won something. Strive to guide the negotiation in such a way that there is no loser -- just two winners.

One of the biggest mistakes a sales rep can make is over-negotiating. When a rep plans to make a concession or respond to the prospect, the rep is likely anxious and often negotiates too much.

Let's say a rep is on a phone call with their prospect. The prospect says, "We can’t move ahead with this if the final price is over $12,000."

The rep responds and says, "If I can get the price down below $12,000, will you buy? When can we send you the contract?"

This is an example of over-negotiating. The prospect is simply stating that threshold of what they're willing to pay. Instead of immediately jumping to change the price and giving them a contract without a signing date, the rep should have asked clarifying questions about why the prospect needed the price below a certain amount. This way they could come to a mutual agreement, and the prospect knows exactly what value they're getting for the purchase price.

6. Negotiating Without a Technical Win

A technical win is an admission by the customer that your product or service is the best, bar none. You'll know if your products and services are better than the competition and why they're the best.

If you're going to negotiate pricing or terms, you'll need to have a technical win. Without the technical win, you’ll be more likely to over-negotiate and price match with the next competitor.

Negotiation is one of my favorite sales topics, so you can expect to see more posts from me on this subject. But for now, focus on reversing these mistakes and laying the groundwork for effective negotiations. Both you and your prospects will be happier for it.

To learn more, check read about the things you should never say in a negotiation next.

How Anchoring Impacts the Negotiation Process

Top Down Selling: a Skill Any Salesperson Should Have on Hand