Your Product's Success Depends on Understanding the Diffusion of Innovation Theory 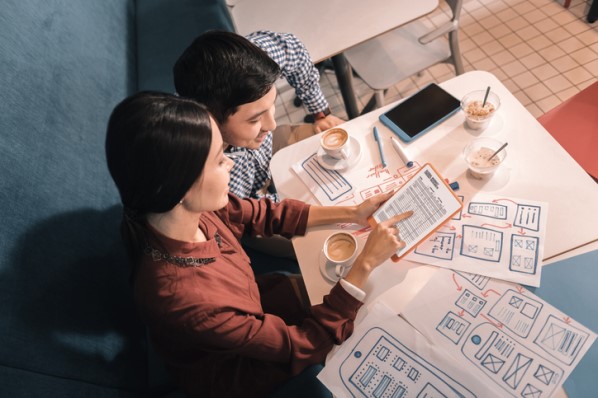 The first season of Game of Thrones had a budget of $60 million. Season eight had a budget of $90 million for half the amount of episodes. If you were an early fan of the series, like me, you know that money significantly changed the production value and popularity of the show. Our baby dragons grew up, and the TV world was suddenly on the edge of its seat.

People who didn't watch the beginning seasons even started following along. Either they were hooked by a friend or the idea of "FOMO" -- the fear of missing out -- drove them to watch. Either way, the Game of Thrones fan base exploded after the third season and the series became an international hit.

So, what does this have to do with your business?

Products, services, and companies experience this same steady build-up that leads to exponential growth. First, a few people buy your product, then a few more, and then one day you're a household name in your industry. And, that's no accident, either.

Communication theorist, Everett Rogers, describes this phenomenon as the Diffusion of Innovation Theory. According to this theory, a product's success is determined by its acceptance by society or a social group.

In this post, we'll explain how this theory works as well as walk through the different types of consumers who influence your product's popularity.

The Diffusion of Innovation Theory was developed and published by Everett Rogers in 1962. The theory explains that an idea or product gradually gains traction and diffuses throughout a population or social system. Slowly, this idea is adopted and people start buying or using it more in their lives.

A population-wide change isn't something that happens overnight. It certainly doesn't afflict every member of the population at once. Some individuals will adopt it earlier, others will adopt it later on. This is where the Diffusion of Innovation Theory comes in handy.

Early adopters demonstrate different characteristics than people who adopt later. In fact, five main adopter types can influence your product's launch. Understanding each one and how they behave can help your product teams create innovative and successful products.

Let's break those adopter types down in the section below.

These people are known for being adventurous and curious risk-takers. They love trying something new, are fascinated by technology, and often come up with new ideas of their own. Innovators enjoy the idea of leading a new movement and don't require much convincing to test out something new.

These people are opinion leaders who make calculated, thoughtful decisions but believe in the need for innovation. They're visionaries and strong leaders who are held in high regard by their peers. These early adopters are great for customer interviews as they'll provide detailed feedback on your products.

These people aren't trendsetters, but they do adopt products and ideas before the majority. They're more practical than innovators and early adopters. Before buying, they require proof that the product works and will enhance some aspect of their lives. The early majority is likely to adopt a product if it's referred by a trusted reference, falls within their budget, and isn't too much of risk.

These people are more conservative when it comes to product adoption. They're very wary of change and will only accept a new idea if it's been used and reviewed by the rest of the population. They're very cautious of technology and typically will only invest in something new out of necessity. However, with enough proof and peer review, the late majority will eventually adopt.

These people are the most skeptical individuals in a population. Extremely fearful of change, they don't see a need to embrace new ideas when things already are working well. Typically, they believe technology is more harmful than helpful, so laggards will only succumb to adoption if they decide every pre-existing alternative is worse than the innovation.

When you're releasing a new product, you must cater to the needs of these five adopter types. You shouldn't -- and, frankly, cannot -- try to speed up any group's timeline for adoption. Rather, you need to understand the different strategies that are required to persuade each group.

For instance, innovators merely need to hear about a new idea to give it a try. Early adopters need basic information about the product, like an informational guide. The early majority benefits from customer reviews and the late majority will be persuaded by the early majority's actions. Lastly, laggards will require a detailed explanation outlining the imminent need for the product.

Understanding these adopter types will help your product team understand its target audience and create products based on the needs of its users. Additionally, five adoption factors will influence buying decisions, regardless of the customer's adopter type.

Let's take a look at those factors in the section below.

This refers to whether your idea is consistent with the needs, values, and beliefs of your target audience. The closer your product aligns with the customer's needs, the more likely they'll be to adopt it.

This describes how often your product provides positive results. If your product only has good reviews, customers will be more willing to try it. In fact, studies show that customers are willing to spend 31% more with businesses who have excellent reviews.

Complexity refers to how difficult it is to use your product. According to a Forrester study, customers believe the most important thing a company can do is value their time. If learning your product takes too long, your target audience is going to be dissuaded.

This is the length of time that your target audience is given before making an adoption decision. Too little time and the customer may feel rushed, but too long and they may have second thoughts about their purchase.

Taking advantage of these factors requires a deep understanding of your target audience. You need to know the population's values, beliefs, ideas, and perceived needs. How does your innovation specifically address and solve an issue and how can you make that clear to your customers?

If you want to find more ways to ensure product success check out our guide to improving customer acquisition.

What is a Customer Base? The Ultimate Guide for 2022

What’s a Subscription Business Model & How Does It Work?

16 Types of Customer Needs (and How to Solve for Them)