Own Your Screw-Ups [The Customer Code Series]

Editor's Note: This post is part 7 of 11 in a series on the HubSpot Customer Code. 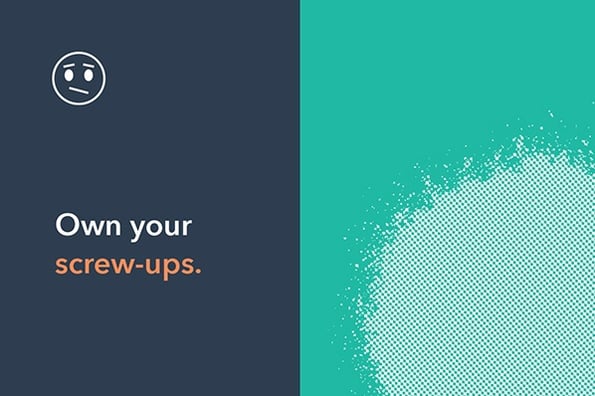 For the past six years, HubSpot has hosted one of my favorite events in the industry -- INBOUND (though I acknowledge that I might be a bit biased). In 2018 we had over 24,000 registrants.

That still sounds almost unbelievable to me.

From the beginning, we saw INBOUND growth doubling year-over-year.

It was exciting to see.

It made us feel very popular.

In 2014 we had to move the event to the Boston Convention and Exhibition Center (BCEC), Boston's largest event space, so we would have room to keep growing.

During the event, we started seeing a growing tide of frustrated attendees unable to get into their sessions. While the BCEC was big enough to host the attendees, we failed to properly forecast demand for our breakout sessions. As a result, session after session was reaching capacity and locking people out. Attendees started leaving sessions five, 10, 15, even 20 minutes early to claim a seat at their next session. They would wait in line for 30 minutes only to get turned away because a session was full.

Our customers, partners, and fans had paid good money and taken time out of their busy schedules to be at INBOUND and found themselves unable to access the content. We had screwed up.

First things first, we apologized. We responded to as many people as we could on Twitter to say sorry, and we prepped all staff working the event to apologize as many times as needed. But when a screw-up is happening during a multi-day event, people care much less about what you say and much more about what you do.

Kim Darling, who runs the INBOUND event, jumped into action. She convened a midnight meeting with a group of key decision-makers at HubSpot and said, "We need to fix this. Now."

Kim and her team then got on the phone with speakers and talked them into doing encore sessions, some as early as 7:30 a.m. (thank you, speakers!). We added a filming crew on-site so attendees could catch up on missed content, and we shared just about every breakout speaker deck on SlideShare.

Social media staff, staff working the sessions, and our main stage host all were letting people know about encore sessions and recordings.

But really, this was just the beginning.

After the event, Kim sat the executive team down to talk about growing better. She told us we were obsessed with growth for the sake of growth. We were selling too many tickets just because we could, our pricing strategy needed to be more strategic, and we were forming partnerships that provided questionable value to attendees. The end result of these decisions was exactly what we were experiencing -- rapid growth at the expense of what was best for INBOUND attendees.

Growth that sacrifices the customer experience isn't growth at all. It's debt.

It wasn't enough to just apologize and hope this didn't happen again in the future. Kim said it was time to pay off our debt and get smarter about how we grow.

We made a lot of changes. We restructured pricing, and introduced a pre-registration process that allowed guests to reserve a seat in a session. Most importantly, we capped growth. Even if the demand was there, in 2016 (and every year since), we would only sell a set number of tickets.

I'm not proud that we disappointed attendees in 2015. But, I am incredibly proud that we owned the problem, fixed it, and used it as an opportunity to think deeply about how to grow better.

It's how you own them and deal with them that sets you apart.

Say you're sorry, be sorry, and make it better. 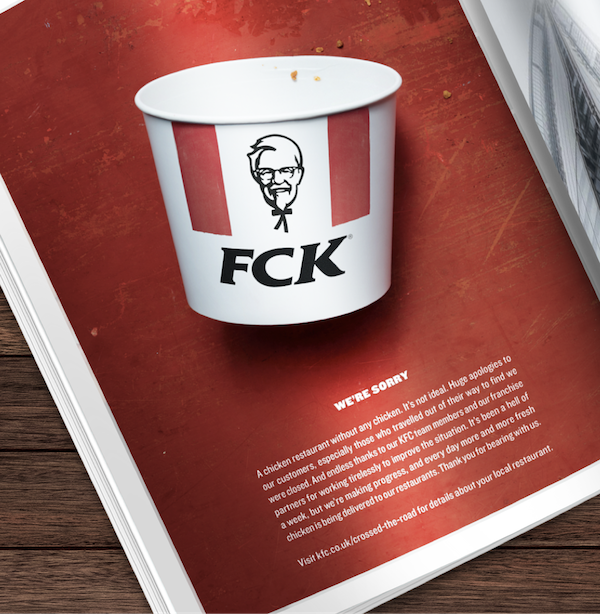 In KFC's case, it wasn't even their fault. It was an issue caused by one of their suppliers, and they still owned the screw-up. In the case of the capacity screw-up at INBOUND, the mistake was all ours.

But our audience appreciated us taking ownership.

And your customers will appreciate it too.

How do I know? Because we asked them: "If a company you regularly buy from made a mistake, but apologized and made it right, would you continue to buy from them?"

So, overall, how is HubSpot doing on owning our screw-ups? This is an eight out of 10 for us. We have the right intentions and a team of people that genuinely wants to own mistakes and fix it for our customers, but we are working to improve the speed and consistency of our responses. We have progress to make there.

Every company makes mistakes; it's how we grow. But taking responsibility for those mistakes quickly and honestly is how we grow better.

P.S. In 2018, our attendee experience ratings at INBOUND was higher than it's ever been. It's a great event. I hope you can make it next year. INBOUND is happening September 3-6, 2019, and yes, we still limit ticket sales -- so get yours today.

This post is part six of 10 in a series on HubSpot's Customer Code. You can find more info on The Customer Code and how we score ourselves here, and watch my INBOUND talk on this topic here:

Free email, survey, and buyer persona templates to help you engage and delight your customers.