How the Serial Position Effect Influences Your Users [Cheat Sheet]

When I was younger, I performed in the spring musicals. Each year cast members were in charge of memorizing lines, lyrics, and choreography, as well as determining the order of scenes in the show. Naturally, we had to know our cues for when to be on stage, when we had breaks, and when we had a costume change. 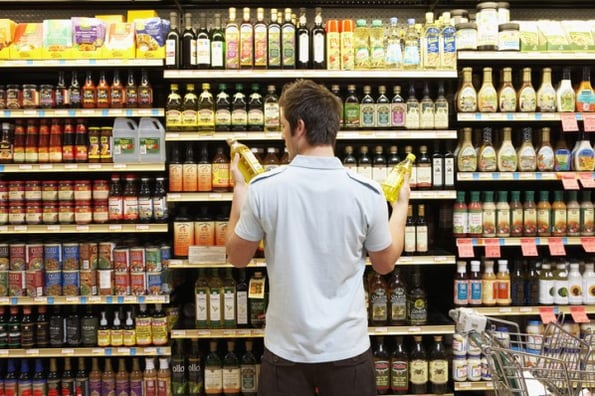 During each performance, everything would start smoothly. We knew exactly which scene we were on and consistently entered the stage on time. The same happened as we neared the end of the show. The beginning and end were always our strongest points.

However, something odd would occur in the middle -- typically late Act One or early Act Two, the cast would start forgetting the scenes. Was it time for the big Act One musical number? Or is the romantic scene between the leads first? Or, did that already happen? And, when is the intermission?

No matter how much we rehearsed, we could never get the middle of the performance just right. If we didn't have help, we would forget the order and scenes would be out of place. While you can probably relate to this in your own life, this strange phenomenon is better known as the serial position effect.

In this post, we'll break down the serial position effect and how understanding it can be beneficial to your business.

What Is the Serial Position Effect?

There are two conditions, though, that influence the serial position effect. One is that the longer a list is, the harder it is to remember the first items. This is because the recency effect is stronger than the primacy effect as participants can easily recall the last items while the first items are lost with the middle ones.

The other condition states that the longer a participant waits, the harder it is to remember the last items on the list. When this happens the primacy effect is stronger because the first few items made a lasting impression while the last ones are blurred in with middle ones over time.

To give you a better idea of how this influences businesses, let's take a look at the examples in the section below.

Restaurants often use the serial position effect to entice customers into selecting highly-profitable menu items that may otherwise seem overpriced. Balthazar, a New York City restaurant, places its most expensive items in the top-right corner of the menu -- the place most diners first look. 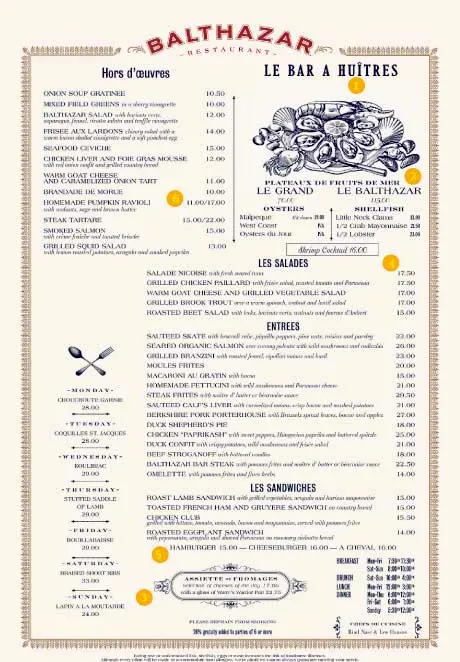 By placing a $115 "Le Balthazar" seafood dish right at the top, eyes are drawn to the dish beside it -- "Le Grand" -- which, at $70, seems to be a steal in comparison. Noticing the $115 dish first is a form of primacy effect -- people recall the first item while browsing the rest of the menu, which makes the price of other dishes seem more reasonable.

The serial position effect often comes into play in e-commerce as well. Think about it; when you're scrolling through pages on your favorite clothing store's website, you start to lose track of what you've viewed. Often after hours of browsing you end up with the first item you clicked on.

This theory was tested with a website selling tents. Four choices, all with unique selling points, were placed in a random order. The first tent was chosen 2.5X more than any other tent in the row. Even when they swapped the order, the first tent continued to be the most popular choice.

When a buyer is looking to purchase a home, the primacy effect doesn't play a major role. In fact, many buyers are less likely to commit to the first option right away, so they might be turned off from the first couple of homes they see.

With this in mind, real estate agents often save the best property for last. After viewing several properties, customer expectations drop. This makes the last option, being a nearly perfect match, seem even more desirable. The idea of comparing the final option to previous options is a result of the recency effect, which preserves the final home in the buyer's short-term memory.

The serial position effect plays an important role when purchasing a product. At first, you may hear about a brand through the company's advertisement. If you liked the ad, the primacy effect would preserve that content in your memory. So, when you go to make a purchase you'll remember that company's message or offer.

Once you've started your customer journey, you'll probably start doing some research on the business. Let's say you ask a friend about the brand and they tell you they love it, so you go to the company's website and look at the reviews. Sure enough, the first reviews you see are the "top reviews," each raving about how great this product and company are. While the primacy effect got you to the organization's website, the recency effect helped close the deal.

If you understand how the serial position effect influences customer behavior, you can provide a significant advantage to your marketing, sales, and customer service teams. If you're not sure where to get started, take a look at the section below for some tips you can consider when sharing content at your business.

1. Display the least important information in the middle of an ad.

The key takeaway of the serial position effect is that information that's shared first or last is the easiest to retain. So, when you're creating content be sure to put the most critical information at the beginning or end of the message. For example, if you're putting together a 30-second TV spot, place the least important content in the middle. That way, if viewers lose focus during your ad, they'll still understand your brand's overall message.

2. If the message is visual, put the most important information at the top and bottom.

3. Leave the star benefits for the end of a pitch.

Ending on a strong note is a great way to become memorable to customers. One way to do is to leave your most beneficial or attractive product features until the end of the sales pitch. Since customers usually take time to mull things over before making a purchasing decision, the last items will stand out more than the beginning or middle ones.

4. Consider how the order of stimulus will affect purchasing decisions.

For purchases that don't require a sales rep -- food, clothes, household items, etc. -- think about how customers will first interact with these products.

For instance, let's say you have a $200 coat that's on sale for $100. Some customers may be immediately turned away if they see a big sign that says. "Sale: $100." But, if a customer sees the coat on a rack, tries it on, loves it, then sees the $200 is "50% off," they'll be more inclined to buy it. That's because the recency effect has influenced their buying decision and makes the customer feel like they're getting a good deal.

If you're looking for more ways to understand customer behavior, learn how to conduct a heuristic evaluation.