How To Deal With Bullying at Work: Signs, Examples, and What To Do

Lying to colleagues. Intimidating other workers. Gossiping behind an employee’s back. Although most organizations may espouse values of care and camaraderie, bullying happens to millions of workers. 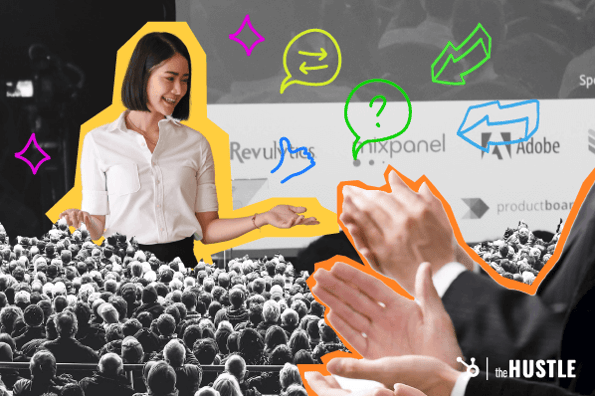 In fact, 30% of workers have experienced bullying directed at them, and 1 in 5 have outright quit their jobs due to a toxic culture.

Since businesses often focus on the bottom line when measuring their performance, bullying can fester. But entrepreneurs should work to identify bullies at their companies — as the effects of bullying can foster a negative work culture, decrease productivity, and ultimately cost money.

Signs of Bullying At Work

The National Centre Against Bullying defines it as “an ongoing deliberate misuse of power in relationships through repeated verbal, physical, and/or social behavior that intends to cause physical, social and/or psychological harm.”

Although anti-bullying campaigns often focus on children, it can happen to anyone, anywhere — on social media, at home, and at the workplace. Learning the obvious and not-so-obvious signs can help you identify bullying if it ever happens in your company.

Intimidation happens when an employee communicates using fear, including threats and blackmailing — such as threatening to report a colleague by exaggerating a mistake.

Gaslighting involves invalidating another person’s perception of reality. An abuser might deny harming a victim and push them to feel unsure of their experience. As an example, a manager may belittle another employee, then deny it and blame the other person for overreacting.

Guilt centers on shaming someone. In the context of bullying, aggressors will guilt people who have done nothing wrong. For instance, a leader gives a worker an unreasonable amount of work, then guilts them for not meeting a deadline.

Exclusion entails intentionally isolating someone from group activities and work. For example, deliberately excluding a colleague from team social events by not inviting them.

Ignorance occurs when someone routinely leaves another person in the dark or avoids them. This can include outright offenses, such as chatting with everyone in a group except one person, and more subtle ones, such as ignoring emails or Slack messages.

Unrealistic expectations involve a person with authority knowingly setting unattainable goals — essentially setting an employee up to fail. A manager could suddenly require a salesperson to double their revenue or face consequences, such as a pay cut.

Unwarranted criticism, unlike constructive criticism, happens when someone constantly criticizes another person for unnecessary reasons. For instance, a manager might nitpick how an employee dresses.

Condescension happens when someone expresses disdain for another person in a belittling way. The abuser takes on a superior tone and regards the victim as inferior or small-minded. As an example, an employee might answer a colleague’s question with sarcasm or contempt.

Lying, in the context of bullying, often occurs in the form of gossip. Someone might spread lies or defame another worker, usually to undermine the victim’s position in a social circle. For example, an employee could lie about a colleague’s role in a project to make them appear unhelpful.

Gossiping involves spreading rumors and, sometimes, lies. Abusers may use gossip to hurt another person’s reputation. In the workplace, colleagues could gossip about an employee’s personal life — such as their marriage or mental health.

Misgendering entails someone intentionally ignoring a person’s gender identity. For example, consider a colleague expressing a preference for she/her pronouns, and a co-worker consistently using he/him instead.

Bullying by A Manager at Work

Team leaders and executives can bully their employees in a way that makes them feel powerless. In fact, 65% of bullies come from those in managerial positions, meaning bosses contribute the most to bullying in the workplace.

Unlike other employees, managers can bully direct reports by:

Employees view management as representative of a company, and a bullying manager reflects poorly on the organization’s values. As a founder, if you see signs of bullying in your managers or workplace, consider taking the following steps to mitigate the problem.

An open door policy means every leader in an organization offers a safe space for honest communication and feedback. This should include the business owner and human resources staff. For example, if an employee feels unsupported at work by their manager, they could arrange a chat with another leader to discuss the problem.

Set clear guidelines by including specific topics an employee could discuss. For example, employees could chat about low performance, discrimination, management feedback, and personal issues.

Encourage managers to take complaints and feedback seriously — especially those involving bullying. “You have to hold [managers] accountable,” says Natasha Bowman, founder of a workplace equity and mental wellness nonprofit.

“If that behavior doesn’t change, they can’t work there. That’s the only way you can build trust within your organization.”

Build a bystander intervention culture, or a workplace that encourages employees to report incidents on behalf of colleagues. By encouraging employees who have worked at a firm for longer to speak up, this mitigates concerns over entry-level workers fearing retaliation.

Business owners can encourage employees to speak up for others by setting expectations in their open door policy. In addition to stating the purposes behind an open door policy, append a clause asking colleagues to report bullying, harassment, and other unwanted behavior.

As Bowman puts it, this culture centers on “if you see something, then say something.”

For instance, a zero-tolerance policy against bullying could note that any form of bullying results in a write-up for the abuser. Even if an employee insults a colleague once, they will face consequences laid out by the policy.

With time, you will see fewer people engaging in unwanted behavior, says Bowman — as employees realize they will be held accountable for their actions.

Many companies offer sexual harassment and discrimination training, usually at the start of the job or the beginning of the year. But this one-and-done approach may not be effective as employees forget about the organization’s policies.

To create effective workshops, HR personnel can take online courses to better understand anti-discrimination and anti-harassment in the workplace. Eventually, HR can tailor your company’s training to fit your employees and their needs.

Bowman suggests reiterating lessons from these training regularly afterward. Send monthly emails reminding employees of resources available to them. Mention your open door and zero-tolerance policies. Remind colleagues to speak up if they see something concerning.

Even with solid anti-bullying policies, workers can still feel too fearful to do anything. To combat this, Bowman recommends business owners conduct temperature checks by collecting and analyzing data from HR.

Consider running anonymous surveys or focus groups on bullying and abuse in the workplace. You can ask demographic information, such as which department they come from, and then see if certain parts of your organization have issues with bullying.

You can also gather specific information from exit interviews, where employees lay out grievances or problems they faced with the company.

Alternatively, you can look at data collected from HR such as turnover and promotion rates. For example, if one manager has direct reports constantly leaving, that could indicate a problem with their leadership style.

Examples of Bullying at Work

Bullying can play out in different ways in the workplace.

Consider the following scenario: Four co-workers meet up for lunch, and one starts bad- mouthing another colleague behind their back. They complain about the employees’ entitlement and big head. In this case, the bully displays signs of unwarranted criticisms, condescension, and gossiping.

In an anti-bullying workplace, the other employees listening would ideally report this behavior to HR.

Bullying can also take on more covert, bigoted forms. For example, consider a nonbinary person indicating they prefer using they/them pronouns. If a colleague uses the wrong pronouns, gets corrected by the person, and continues to misgender them, the bully exhibits signs of misgendering, exclusion, and ignoring.

If the professional’s workplace has anti-bullying policies, the victim should report this incident to HR.

How To Report Bullying at Work

If you feel discriminated against based on a legally protected class, such as your race, color, religion, sex (e.g., pregnancy, gender identity, and sexual orientation), national origin, age, disability, or genetic information, you can raise the issue internally. However, if you choose to file a formal complaint, you will have to go through an external process.

First, identify federal and local anti-discrimination laws using resources provided by the Equal Employment Opportunity Commission (EEOC), such as their breakdown on different types of discrimination. Next, find your local EEOC to file a charge by sending them a letter or visiting their office.

The EEOC will investigate your charge or try to mediate the issue between the employer and employee. If they determine the employer violated the law, they will attempt to reach a voluntary settlement — which involves the employer paying a fine.

When the EEOC cannot reach a settlement, they will determine if the agency should file a lawsuit. If the agency declines further action, they will send the filer a Notice of Right to Sue — allowing those discriminated based on their race, color, religion, sex, national origin, or disability to file a lawsuit in court.

If the EEOC cannot conclude whether the employer violated the law, they will also send the filer a note permitting them to file a lawsuit. At that point, the filer will have to consult with an attorney to move forward.

Those who experience discrimination based on their age (over 40), or discrimination in wages based on sex, do not need a Notice of Right to Sue to file a lawsuit. That said, the EEOC will still pursue the same process laid out above.

Is Bullying at Work Illegal?

Currently, no federal or state laws prohibit bullying in the workplace. In fact, the EEOC states that “petty slights, annoyances, and isolated incidents (unless extremely serious) will not rise to the level of illegality.” Unlawful conduct arises from harassment that “[creates] a work environment that would be intimidating, hostile, or offensive to reasonable people.”

Illegal conduct in the workplace tends to revolve around violence, threats, or harassment against a legally protected class, says employment lawyer Jonathan Pollard.

“Discrimination is illegal when it implicates something like race, gender, age, or religion and when it is coupled with an adverse employment action,” such as termination or denial of a promotion.

If the EEOC penalizes an employer for illegal harassment, they will have to pay hefty fines. But business owners can avoid this behavior altogether by creating effective anti-bullying policies and fostering a welcoming environment to workers from different backgrounds.