Entrepreneurs Are Struggling With Mental Health — But Where’s the Support?

Starting a venture from scratch can be risky, exhilarating, exhausting — sometimes all at the same time. The Hustle surveyed more than 300 entrepreneurs on the state of their mental health, and a whopping 63% reported dealing with burnout, with 59% saying they’ve dealt with anxiety. While the numbers are high, the findings aren’t shocking given how perilous founding a new business can be. Readers reported the top stressors are financial concerns (21%) followed by day-to-day stress (16%), work-life balance (15%), and uncertainty about the future (12%), among many others. Though many of these stressors exist within the general population, entrepreneurs are more vulnerable to experiencing mental illness than most — and few resources cater to this unique group.

Dr. Michael Freeman, a psychiatrist and researcher at UC San Francisco, conducted a study in 2015 that illustrates how different founders are from the rest of the population. He found that 72% of entrepreneurs reported having a mental health history, in contrast to only 48% of comparison participants.

Freeman, who was once a co-founder and CEO himself, identified the need for this type of research through that experience. “Everybody can hold a job, some can lead a team or club, but very few people can start and grow a business,” he says. “I thought there had to be a difference between job holders and even leaders within organizations and those who start a business — and the research we’ve conducted validates that hypothesis.”

In our survey, we asked readers of health news to identify specific mental health issues they’ve struggled with in the past or are currently experiencing. While anxiety and burnout were the most common responses, founders reported dealing with a variety of other mental health issues: 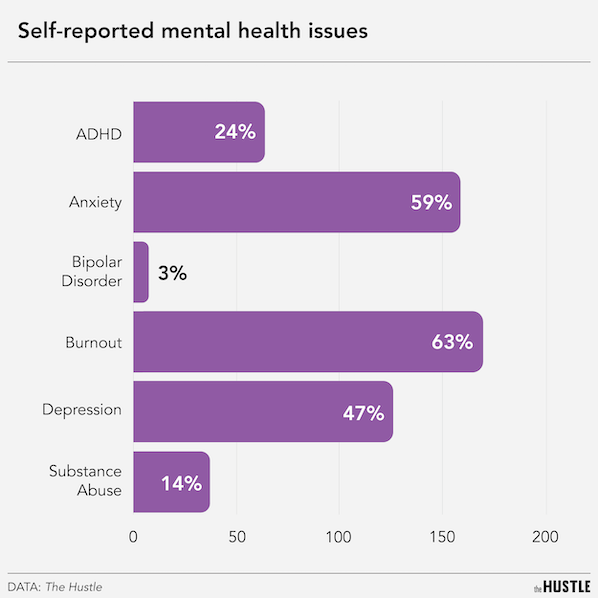 The frequency of mental health conditions among entrepreneurs raises the question of whether entrepreneurship itself spurs mental illness, or if individuals already susceptible to these conditions more regularly become entrepreneurs.

Freeman notes that founding a business can compound stressors one would encounter normally, and create weak points that might not matter in other professions or lifestyles.

“Entrepreneurship affects people with and without prior mental health conditions, and personality has something to do with your vulnerability,” he explains. “If you are an introverted person, but as an entrepreneur you can’t succeed without building relationships, that personality trait creates a vulnerability for you.”

Freeman adds that other factors can determine mental health outcomes for entrepreneurs, such as whether they have family members who struggle with mental illness, or if they live in ecosystems that promote and support innovation.

Even with hundreds of founders reporting on their own experiences, 81% of readers said there is still stigma around mental health in the business community — with 51% of whom responding that while the stigma does exist, it’s getting better. 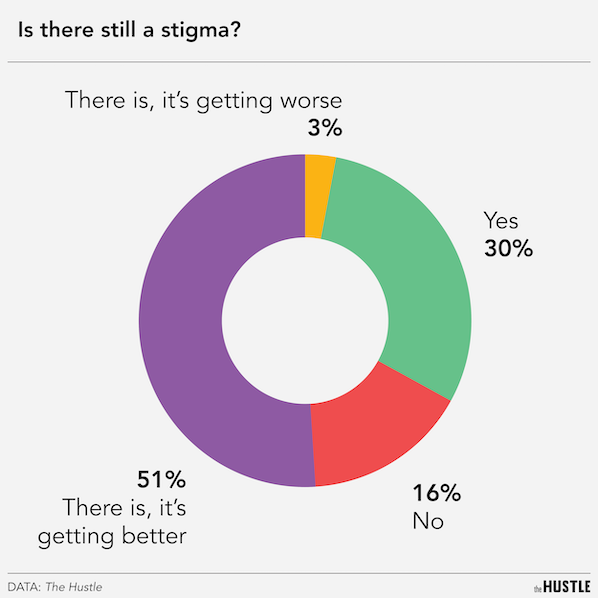 Stigma could be to blame for the lack of mental health support for founders: 30% of respondents said they do not think there are mental health resources available to entrepreneurs, and another 40% said there are some, but not enough. 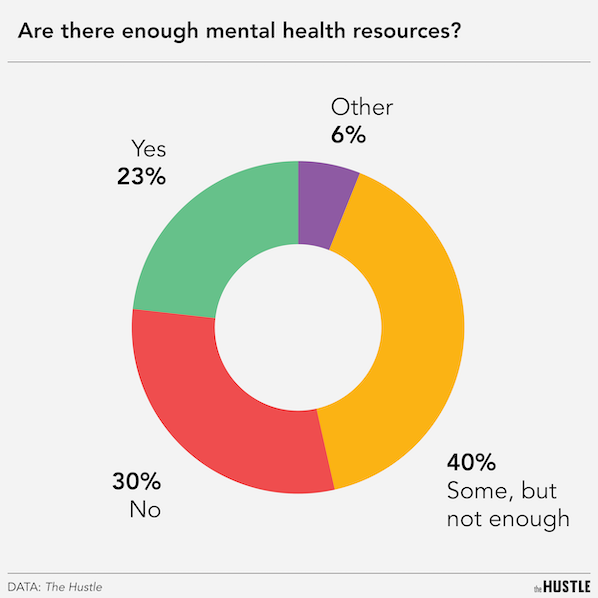 Reader Anne Cramer says another part of the issue is the idea of what a founder “should” look like. “Part of the problem is that our society glamorizes and fetishes entrepreneurship, focusing on the billionaires, while the majority of startups fail,” she says.

Freeman agrees that dedicated support for the realities of entrepreneurship is nearly nonexistent, so he started his own company in 2020 to fix the problem. Econa offers programs and tools built specifically for founders to help them achieve better mental health.

Though not every founder will devote his or her entire company to mental health, many survey respondents said they’re making a conscious effort to include and prioritize mental health support and practices into their startups — a step in the right direction.

Being a founder isn’t always glamorous — the pressure of running a business can take its toll on your mental health. If you’ve experienced this, we want to hear your story: Tell us more in this short survey.