Rewards and praises can be an effective way to motivate employees and keep your team productive. But what happens when a manager favors a worker over others (whether or not it’s warranted)? 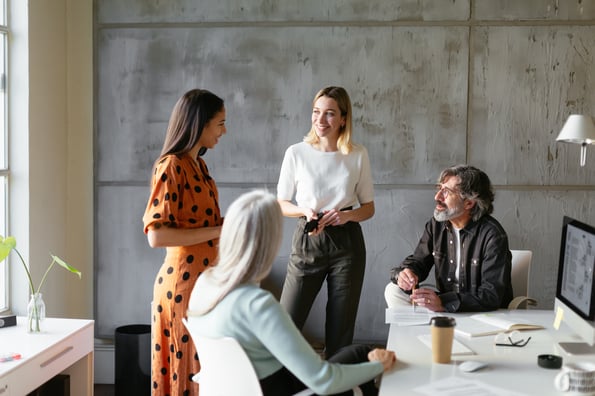 Over time, the practice can cause dismay and disloyalty to seep into the workplace, leading to higher turnover rates and unhealthy competition between workers. To ensure your business provides a healthy environment for everyone, learn to identify signs of favoritism, and train your managers to avoid making these mistakes.

Signs of favoritism at work

No one enjoys feeling overlooked and undervalued. Yet it happens in all walks of life. It may be a parent who showed favoritism to a child, or a schoolteacher who gave special privileges to honor-roll students.

As it can be a pervasive problem, business owners need to be vigilant and guard against favoritism. Your workplace should be a space where teammates can work together harmoniously, not secretly hiding animosity. To prevent favoritism, look for these signs within management (or yourself):

This isn’t a conclusive list, so strive to find similar warning signs.

Why is favoritism at work a problem?

Favoritism in the workplace can be bad for business. It creates unnecessary turbulence that disrupts team chemistry and creates infighting.

When workers think they’re being mistreated by their boss, they may experience a myriad of emotions, including:

But this doesn’t only hurt them, it hurts your organization.

When workers feel injustice in the workplace, what do you think happens next?

They quit — and in the midst of a nationwide labor shortage, constantly losing good talent will add expenses to your business and additional stress to your remaining employees.

Is favoritism at work illegal?

Favoritism at work isn’t illegal unless it occurs for unlawful purposes. For example, favoring employees based on race, gender, sexual orientation, or age. In this case, favoritism becomes discrimination, which is prohibited in all 50 states.

If an employer withholds advancement opportunities from specific people for discriminatory reasons, the victims can sue the organization.

However, if a worker kisses up to the boss and works extra hard to please managers, then being favored isn’t illegal. It’s the same if the boss likes the worker’s personality or has social connections with them (e.g., it’s his wife’s cousin).

Although this isn’t the “right” thing to do, it isn’t technically illegal.

Discrimination or favoritism at work — what’s the difference?

Discrimination in the workplace is when an employer mistreats another worker based on their race, age, pregnancy status, gender, or sexual orientation. But it’s not always “in your face” or obvious. For instance, microaggressions are common in workplaces with marginalized groups.

One study shows 61% of American workers (between ages 18 to 34) have witnessed or been subjected to discrimination at work. Unfortunately, this happens across businesses large and small — Tesla is a recent company being sued for toxic workplace culture and discrimination.

However, favoritism can exist even if there is no discrimination.

“I have a few employees I go to for certain tasks. And in a way, they’re my favorite because they’ve proven their worth to me with their skills and knowledge. Plus, I trust [that] if no one can handle those particular tasks, they’ll do it.”

Although she favors employees based on merit, she doesn’t allow it to cloud her judgment during disagreements.

“In a dispute, I hear both parties before deciding,” says Watts. “We all are humans and anyone can make mistakes. This keeps my company growing while keeping a safe environment for everyone.”

How to deal with favoritism at work

If a worker notices a manager playing favorites, the employee should do something about it.

“Surviving corporate life is all about standing up and not caring who you’re going up against or what others may think,” says Nathan Hughes, marketing director at SEO agency Diggity Marketing.

Aside from speaking up, here are other ways employees and managers can overcome favoritism at work.

Boost yourself (and your skills)

Sometimes, the best way to fight favoritism is to focus on yourself and how you can stand apart. Gates Little, president at specialty lender altLINE Sobanco, shares how speaking up for your accomplishments can help.

“Early in my career, I was frustrated and discouraged to see others promoted without merit, or get solo recognition for team efforts. What eventually made the difference for me was big-picture thinking,” says Little. “Favoritism only goes so far — if you work hard, advocate for yourself, and have irrefutable proof of being great, you’ll eventually surpass the ‘teacher’s pet’ of your workplace.”

Since managers favor overachieving, skilled workers, set your workers up for success by offering in-house workshops. Or paying for online courses from sites like Udemy Business and LinkedIn Learning so your workers can upskill for their jobs.

Build relationships between managers and subordinates

When managers have favorites in the office, those employees are more likely to receive promotions. So there’s a direct connection between who you know and how far you get in the workplace.

“I experienced favoritism in the workplace when I got passed over for a promotion,” says Kev Tilley, managing director at Mortgageable, a mortgage brokerage firm. “I was with the company for several years and performed at a high level. But when it came time to fill the open position, my manager picked someone who recently joined the organization.”

Turns out, the manager chose the new guy because he developed a close relationship with him. It’s human nature to help those you know and like, but it’s a toxic trait in the workplace.

One way to combat it: Create a work culture that fosters relationships between management and teams.

For example, host regular parties during work hours, so there’s no excuse not to join. Then include social games and tasks to promote mingling and relationship building.

Or do something like what Skift does. This travel news brand hosts annual employee retreats to promote a close-knit work community. 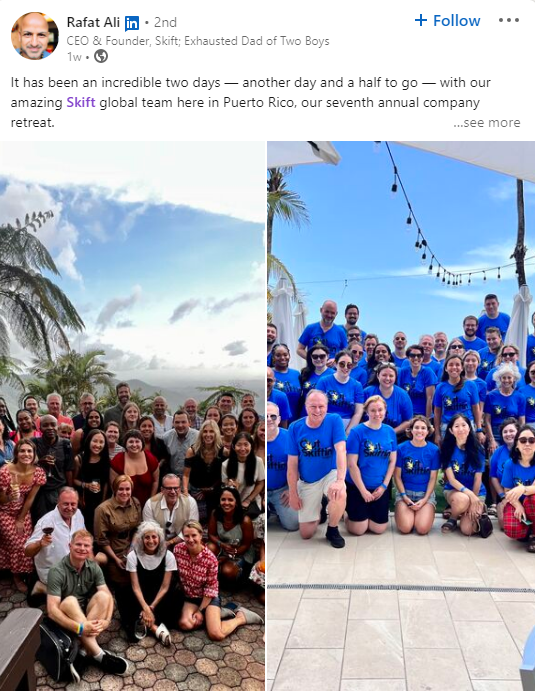 Use metrics to remove bias

For business owners, don’t just rely on your employees’ efforts. Do your part by creating policies that clearly define favoritism at work, so it’s easier to identify and correct.

This can include using a goal-tracking system to remove bias from decision making.

“I use objective metrics to track my team’s performance,” says Maciek Kubiak, the head of people at online photo tool PhotoAiD. “I judge people not through the prism of my sympathy or antipathy, but through the measurable effects of their work. This way, I’m building an effective team that achieves amazing results with no office politics getting in the way.”

Decide what metrics matter most to identify who’s up for a reward or promotion. For example, you can track employees based on:

The metrics tracked should have quantifiable goals measured on a monthly, quarterly, or annual basis. Then share these goals with your teams, so they have a fair chance to prove themselves.

How to report favoritism at work

To prevent favoritism, founders should craft policies that make it clear when and how the practice should be reported to them or an HR team. The steps for employees may look something like this:

Make the process simple, so it’s easy for employees to bring problems to light before it turns into a major issue. Educate your managers and teams on what favoritism is, and ensure everyone knows what to look for and when to escalate the complaint.

By creating a system that safeguards workers from unfair treatment, your employees will feel more secure in their roles, ultimately resulting in a happier and more productive environment for everyone.