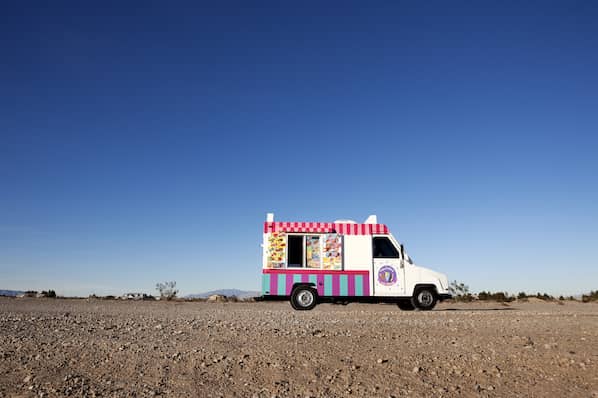 Between 2012 and 2017, the market for these mobile businesses increased from $615m to $2.7B. Their popularity changed opinions about buying something directly off the street and gave people the option for convenience and freshness. That 15-minute jaunt to a restaurant was no longer necessary.

Now, consider everything else. The mainstream success of food trucks has created potential for numerous other mobile businesses. Just about anything people want on a regular basis—be it a product or service—is often easier to provide through a van or truck.

He had moved to San Diego from Montreal, where salons and barbers are more service-oriented. He was shocked at the inadequacy of Super Cuts, where he waited 45 minutes and received a buzz cut after asking for his hair to be cut short.

“I was driving home and saw a food truck,” says Kapila, who connected the dots and realized an opportunity.

Kapila wasn’t the first to start a mobile salon, but he improved the premise. Through online research, he saw that most businesses were not scaling. They failed after 2 to 3 months.

His first major innovation was getting a premium Airstream trailer. Other mobile businesses were using RVs or white trucks that he thought looked cheap and uninviting. He had researched and found that even for brick-and-mortar salons, cleanliness was an issue. “It didn’t matter how convenient it was,” Kapila says. “If it looks like a dumpster, they’re not going to go inside.”

The idea was a bit of a gamble: The Airstream trailer cost $150k and represented the vast majority of his startup costs. Kapila was funded by his savings and investments from friends.

His second major innovation involved his business model. Realizing that haircuts were different than food –– they’re needed only once a month or so –– Kapila sought to partner with companies and visit their campuses on a rotating basis. He had seen a MetLife study showing that haircuts were a sought-after corporate benefit (along with dry cleaning).

Sterlings partnered with Intuit and Qualcomm, among other companies. At first, Kapila charged them nothing and made revenue solely from haircuts. Now, depending on the business, Sterlings charges $175 to $300 per day. The corporate customers get a 25% discount on the cuts.

It also makes revenue from doing special events: charging $1k, for instance, to bring the trailer to a groom and groomsmen on a wedding day. A few years ago, Sterlings did a tour where it designed the trailer with the backing of a major brand and made $150k in three weeks.

Since launching in San Diego, Sterlings has expanded to Orange County, California. It has several trailers in both areas. The company saved money on new trailers by manufacturing its own, at a cost of $75k.

Kapila says a mobile business doesn’t just work because of the convenience it provides customers. It also gives the owner a major advantage: Mobile business owners don’t pay rent, and there is less dead time. By traveling to different businesses every day, Kapila can count on a steady stream of customers.

“You just name it –– everything is going mobile,” says Kapila, who is working on a book about mobile businesses.

With that model in mind, here are some mobile business ideas primed for growth.