SAFE vs. Convertible Note: What’s the Best for Seed-Stage Funding?

Launching a successful company is no easy feat. Founders often need to find angel investors or venture capital firms willing to take a risk on a fledgling business. 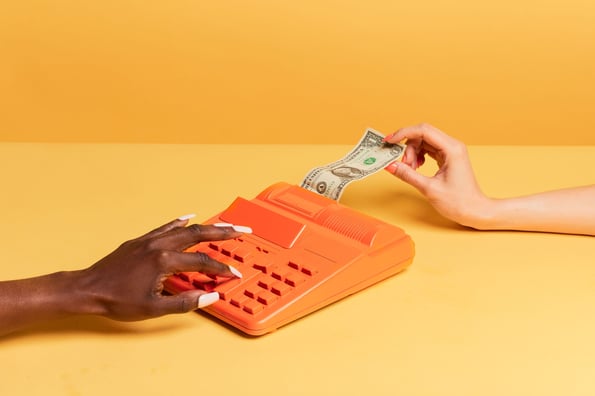 This first stage of funding is known as the seed round.

At this phase, most companies don’t have paying customers, market traction, profits, or even revenue, making it difficult (if not impossible) to come up with a reasonable valuation of the company.

That’s where tools like SAFEs and convertible notes become useful. Both of these financing methods give startups a way to raise money without receiving a valuation or giving up equity in the early stages.

What is a SAFE?

SAFE stands for “simple agreement for future equity.” It’s a type of convertible security that early-stage startups can use to fund their business without valuing the company or giving up equity initially.

In this agreement, the investor gives the company cash in exchange for the right to buy equity in the company after a triggering liquidity event, which is typically the next funding round.

Calloway Cook, owner of supplements company Illuminate Labs, recommends that startups “use SAFE notes in fundraising when they have a website or app but no real users,” as the lack of users will make it difficult to get a reasonable valuation.

The agreement usually includes a valuation cap or discount rate that rewards SAFE investors for taking the risk of financing a new company.

For example, let’s say an investor enters into a SAFE agreement with a startup. They invest $5m in exchange for the right to purchase future shares during the company’s first priced round of financing.

One year later, the company launches a Series A round with a valuation of $25m. Since the company has begun a priced round, the investor can now convert their shares. Instead of purchasing at the company’s $25m valuation, they get to convert at the $15m maximum valuation.

If the said company was valued at $15m, the investor would get a 20% discount, and buy in at a $12m valuation.

As SAFE agreements don’t have maturity dates, the investor can’t convert their agreement until the next round of financing happens, whether it takes four months or four years. Conversely, if the business fails, the startup isn’t on the hook for repayment as SAFEs are not debt instruments.

However, under a typical SAFE agreement, investors are entitled to repayment before the company’s founders receive distributions. If there’s not enough money to pay investors back fully, then SAFE investors will receive a portion of the remaining liquidity relative to their ownership in the company.

Silicon Valley incubator Y Combinator created the SAFE in 2013 as a simpler alternative to the convertible note, which also lets startup companies raise money before they’re ready for a valuation.

What is a convertible note?

The convertible note is a loan that carries interest and eventually converts into preferred stock after a maturity date or triggering event. Similar to the SAFE agreement, convertible notes let early-stage startups raise money without giving up equity straight away or having a valuation.

Since it’s a loan, it means the startup company is taking on debt. However, instead of paying back the loan amount in cash, the company has the option to pay off the convertible debt with equity after a conversion event.

Convertible notes can be written to include a variety of conversion terms, any of which can trigger the conversion of the loan amount into equity, such as:

The agreement also includes a maturity date, which is when the loan converts if none of the triggering events have happened yet.

Oberon Copeland, founder and CEO of economics publication VeryInformed, advises setting maturity dates “between 12 and 24 months out, so the company has time to achieve milestones before giving away equity.”

Convertible notes also include valuation cap and discount rate agreements. After the trigger event or maturity date, the company needs to pay back the loan.

Typically, the debt is repaid through equity, using the conversion method that gives the investor the lowest price. However, companies also have the option to repay the loan using cash if they want to avoid diluting their equity.

What is a SAFE vs. convertible note vs. equity?

The term “equity” refers to ownership in a business that is typically expressed as a percentage of the total shares of a company.

A SAFE is a legal contract that gives the investor the right to purchase equity in the future. In contrast, a convertible note is a debt instrument (or loan) that converts into equity at a later date.

SAFEs and convertible notes are alternatives to equity financing, and they let seed-stage and pre-seed startups raise money without requiring a valuation. They also postpone the selling of equity, which means that startup founders retain their decision-making power until later on.

SAFEs and convertible notes are not equity at the time of agreement. However, after a trigger event occurs or the maturity date for a convertible note passes, the investor can convert the agreement into equity using the valuation cap or discount rate terms — whichever gives note holders the lower price.

Advantages and disadvantages of a SAFE vs. convertible notes

SAFE agreements and convertible notes are both useful seed funding tools. However, because of the way each agreement is structured, they have different pros and cons.

When to use a SAFE vs. convertible note

SAFEs and convertible notes are both intended to turn into equity at a later date, and they’re appropriate for young startups that need to raise money but aren’t ready for a valuation.

To get a better idea of which type of investment is right for you, consider the key differences between the two:

Ultimately, the right option comes down to the method that works for you and your potential investors. If you can’t find investors willing to use SAFEs, then it makes more sense to issue convertible notes.