What Is a Joint Venture

You started a business solo, but it doesn’t have to stay that way. Finding a partner later on is possible and may prove advantageous for both sides. 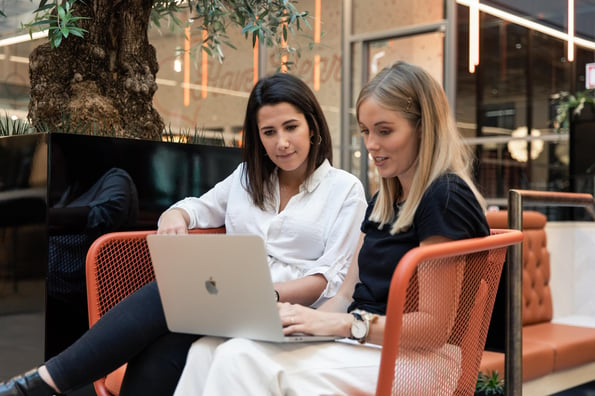 But joining forces can be complicated and comes with many practical and legal considerations. The chief among them: knowing which joint venture structure to use and when. Making the right preparations early on can save both parties from headaches and hiccups down the road.

What is a joint venture?

A joint venture is a business agreement between two or more parties to work together on a specific project or task and agree to share the profits, losses, and costs. The parties can be individuals, businesses, or even governments.

Joint ventures combine resources and expertise to achieve a common goal. For instance, two companies may create a joint venture to develop a new product. Or two local service businesses arrange a referral program to help grow each other’s client base.

A contract governs the joint venture, which outlines the terms and establishes how the new venture will be financed and operated.

The agreement can be straightforward, just outlining the basic roles and responsibilities of the partners. Or it can be more detailed, specifying everything from who will have decision-making authority to how profits will be divided.

More formal joint ventures require the assistance of an attorney to ensure that all legalities are considered. While creating large-scale agreements can be a complex process, it can also be advantageous to expand into new businesses.

For example, streaming platform Hulu was a joint venture in 2007 between News Corporation, NBC Universal, and later Disney. The strategic agreement between media titans has led to a streaming service with over $47m in paid subscribers.

A project-based joint venture has two or more parties working on a specific project. This agreement is usually temporary, lasting until the project’s completion.

For instance, Vice magazine and Vans teamed up to create a video series for Broadly — Vices website targeting female readers. The series, named Boardly, focused on women with a passion for skateboarding. Boardly subsequently became Vice’s most successful channel between 2018 and 2019.

Project-based joint ventures can also include:

Choose partners carefully and clearly define each organization's roles and responsibilities before starting a project.

A functional-based joint venture is a business relationship where two or more parties share resources and expertise to support each other’s operations. The partnership is usually ongoing, lasting for as long as both parties find it beneficial.

For example, say you own a small bakery. To help increase your reach and grow your business, you might enter into a functional-based joint venture with a local coffee shop. They sell your baked goods in their cafe and while you hawk their coffee beans in your bakery.

Functional-based joint ventures are often used to gain access to new markets or customers. It can also help companies fill gaps in skills and resources, like the partnership between Airbus and Bombardier.

The two came together to create the C Series aircraft program. The arrangement: Bombardier designed the new aircraft series, while Airbus contributed its global reach and expertise in procurement, marketing, sales, and customer support.

Suppliers tend to benefit from these types of partnerships, like battery manufacturers with automakers looking to go electric. For example, Honda and LG Energy Solutions partnered to build a $4.4B battery plant in Ohio in early 2023.

A horizontal joint venture occurs between two or more companies operating in the same industry. The goal is to pool resources to gain a competitive edge.

It has a lot of similarities with vertical joint ventures, but the difference is the two partners may be competitors.

For instance, fashion retailers Nordstrom and Asos formed a joint venture involving four brands from the Asos portfolio: Topshop, Topman, Miss Selfridge, and HIIT. Nordstrom became the exclusive US distributor of these brands, while Asos benefited from Nordstrom’s extensive presence in the country.

This joint venture allows both companies to gain a competitive advantage in the market.

In 2016, ConvertKit, an email marketing platform, paired up with blogging influencers for its affiliate program.

The arrangement was to create webinars where influencers shared their experiences using ConvertKit. The influencers also gave away free training and resources to help others use the email marketing tool.

In exchange, the influencers received a 30% recurring commission for customers using their affiliate link.

The partnership was a success, resulting in 150 webinars and increasing ConvertKit’s monthly recurring revenue from $98k to $625k.

By leveraging an array of webinar hosts, ConvertKit was able to reach more people with its message.

The venture leveraged stories to sell products. For example, it created interactive toy catalogs and shoppable cooking shows with Sofia Vergara and other celebrities (called Cookshop). At the end of each episode, viewers could buy ingredients and cookware.

The series had a 8.7% click-through rate (CTR), which is higher than the average 7% CTR Eko sees with commerce-related content.

It gave Walmart a chance to expand into interactive media, while Eko received a $250m investment in return.

Getnet, a banking and payments processing platform, and Pacto, a restaurant POS system (point of sale system), entered into a strategic partnership and distribution deal  in 2022.

The joint venture aims to make it easier for restaurants and bars across Mexico to adopt integrated payments and POS.

The deal ensures businesses can provide customers with quick, secure payment methods. Plus, restaurants and bars will benefit from the combined capabilities of both companies, such as access to loyalty programs and data insights.

The advantages and disadvantages of a joint venture

Joint ventures give businesses access to resources and skills they lack. But there are pros and cons for each.

The advantages of joint ventures are the ability to:

The disadvantages of joint ventures include:

Joint ventures can be beneficial for businesses — but if they’re not right for you, there are also other options to consider.

Strategic alliances are agreements between two or more companies that involve sharing resources, such as technology or personnel, to achieve a common goal.

The main difference between joint ventures and strategic alliances is the level of commitment involved. With a strategic alliance, each company works together, but no new legal entity is created — meaning all parties retain their independence.

A partnership is an agreement between two or more people to manage a business. Partnerships can be advantageous because they share profits and losses, provide access to capital, and provide access to a larger network of contacts.

However, partnerships can also be disadvantageous because they require a significant commitment from all parties involved and can become complicated if one party wants to leave the partnership.

“A partnership can help you maintain more control over what happens with your company than a joint venture or an alliance,” says Gauri Manglik, CEO and co-founder of Instrumentl, a grant tool for businesses. “You maintain the autonomy to make decisions and keep the rights and responsibilities to your brand and product/service offerings.”

Maneuvering through joint ventures, alliances, and partnerships can be tricky. Consult with a business lawyer to determine the best structure to use, and ensure everyone gets proper protection.