38 Quotes on Advertising and Life from Dave Trott's 'Creative Mischief'

The U.K. has been the birthplace of some of the most influential and talented advertising professionals: David Ogilvy, Charles and Maurice Saatchi, Paul Arden, John Webster, and many others. 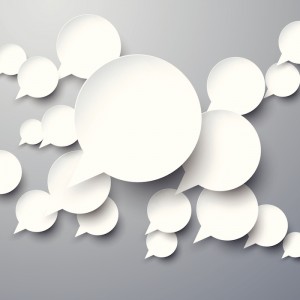 Dave Trott, chairman of The Gate, is another talented British ad man. He has written some of the most compelling adverts to come out the U.K., and his blog is a must-read. I recently read "Creative Mischief," Trott's compilation of blog posts and writings on advertising. It's an entertaining read, full of humor, stories, and commentary on advertising. Grab a copy of the book — it's worth it — and check out these top quotes. Be prepared to be entertained, challenged, and inspired.

The brief was always supposed to be a springboard for great work. Not a straitjacket. [Tweet]

There’s a narrow line between humour and cruelty. As creatives, a lot of what we do rides on that edge. [Tweet]

I looked up ‘conflate’ in the dictionary and it says, “to fuse or bring together separate elements”. I thought this was called ‘creativity’.

As Maurice Saatchi used to say, “I don’t have to win. I just have to make you lose.”

Every purchase decision is a combination of ‘desire’ and ‘permission’. [Tweet]

They’re an opinion, not an authority. Just like advertising awards.

Most people think our job is to make the consumer like the brand. What’s actually much more important is what makes the brand different. To have an identity you need a point of difference.

People buy a product for what it DOES. But they buy a brand for what it SAYS about them. [Tweet]

But before we can do anything with other people’s minds, we have to be able to control our own.

When I talk about what we can learn from bad advertising, please be sceptical not cynical. [Tweet]

We live in our interpretation of reality.

In advertising, we think every single problem can only ever have one type of brief. [Tweet]

And, by and large, no risk that you take in advertising can kill you. [Tweet]

They don’t do things according to the tramlines media gurus lay down.

When we media professionals strategise about advertising, it’s rational and logical, as if all people will behave according to our plans.

That’s why it’s our job to excite people, not to try to herd them.

We are not the target market, so we’re not important.

This makes the point that you don’t get to sell what’s in your head. The ad either works on the page or it doesn’t. [Tweet]

Real life is often funnier than fiction. And, for some reason, mums are a great source of dialogue.

If you can look at something and say ‘I like it’ then it isn’t new.

We can be outrageous to a purpose. That, for me, is great advertising. [Tweet]

We think our mind interprets reality. But actually our mind creates reality.

That’s why an argument about ads is really kind of futile. All that wins is the best argument, not necessarily the best ad. [Tweet]

It’s a fine line between charlatan and genius, even a blurred one. [Tweet]

We can have all the great ideas in the world, but if the account man doesn’t get the client to run it, it’ll never happen.

The consumer won’t have read the brief before they’re exposed to it. Because what will be judged by the consumers is the final work, not the brief.

The brief should be the floor, not the ceiling.

Life is only an opportunity if we embrace newness and discovery.