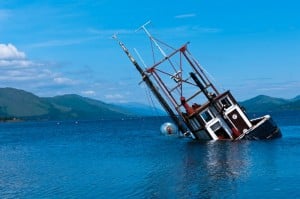 Public relations and marketing agencies don’t grow by saying no. We are selling a service, and if a buyer wants to purchase that service, a transaction occurs. There are ethical and business standards, of course, and it is not quite the same as Amazon selling a basketball to a consumer. Amazon doesn’t know if the buyer just received a DUI, or harbors extremely prejudicial political views, and even if Amazon did have that information it has no legal right to deny the purchase based on that knowledge. 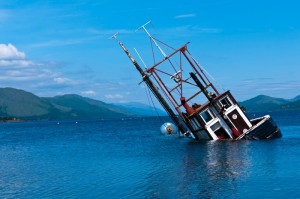 For the most part, if a prospective client shows itself to be on the up-and-up and passes the smell test, an agency will move forward with the relationship. This can create some hairy situations for an agency-client relationship if circumstances change. It becomes even thornier for agencies that specialize in providing services (crisis communications, reputation management, etc.) to ‘troubled’ clients, or agencies working with clients engaged in unproven medical and health products, for example.

This latter category, medical and health products, is front and center in a convoluted tale that has unfolded (perhaps a better word is unraveled) over the past few weeks on the popular crowdfunding site Indiegogo. The “GoBe activity tracker,” sarcastically described as a “miracle calorie counting wristband,” parlayed consumer enthusiasm for Fitbit and other wearable fitness devices into a crowdfunding raise of nearly one million dollars – in four weeks.

GoBe isn’t that notable for the amount of money raised, but it has drawn intense criticism over the absence of hard medical science to back up the product’s claims that it can measure calorie intake through a person’s skin. Tech news sites, most vocally PandoDaily, have hammered Healbe (the company behind GoBe) for its less than forthright evidence that the product works and far-flung operations in Russia and elsewhere. All of this has challenged MicroArts Creative Agency, the New Hampshire-based branding agency representing Healbe. MicroArts has not shied away from backing its client to the tilt, including comments posted by MicroArts’ president on the Indiegogo campaign page.

My intention is not call out MicroArts, as this story is far from fully written. But the chain of events raises questions about how long and to what extent an agency should stand by a client. While it is admirable to passionately defend a client, doing so at the expense of your own reputation and credibility may not be the best path.

MicroArts has stuck by Healbe’s side for now, but recent history suggests that this client loyalty may not last long. In January 2014, it was determined that a chemical leak in West Virginia that led to a multi-county water crisis involved the company Freedom Industries. Initially, Freedom’s public relations firm continued to represent Freedom and counseled it on responding to the crisis. But within days, the PR firm dropped Freedom, and provided no explanation for taking this action.

Though radically different in origin, these two situations highlight the challenges an agency might face when it comes to whether or not to stand by a client or sever ties. Every situation is different, and input factors vary, but here are five questions an agency should ask itself before making a decision: