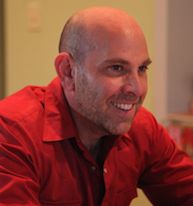 Marketing budgets vary widely in the business world, but a recent CMO Survey published by the American Marketing Association and Duke University found that the average B2C product business spends 16.3% of sales on marketing. So, for a company with annual sales of $33 million, around $5.3 million would be spent on marketing.

Can you imagine that same amount of revenue being generated with a mere $9,000 investment? Seems utterly impossible, right? It’s not in the nonprofit landscape -- and charity: water proved it in 2012 when it raised exactly that amount on a little less than $9,000.

For generations, nonprofit organizations have been challenged with bridging the chasm between lofty missions and scrappy budgets. In the absence of formal marketing departments and often with no professional expertise whatsoever, nonprofit marketing has had to evolve in ways that traditional marketing has not.

Think of it as “marketing Darwinism.” To survive, animals have developed things like sharp spines and camouflaged skin. To succeed, nonprofits have developed unique methods to amplify their messages and compel the masses to take action.

More and more businesses are hopping on the content marketing train, but nonprofits were the original content marketing pioneers. Developing content has been an imperative of the field. To “sell” an idea as opposed to a tangible product and to convince people to give you money without getting anything in return (apart from some psychological warm fuzzies), you have to create content to educate people about your issue. With no money for traditional ad placement or commercials, many nonprofits can only get their content in front of people by making it compelling (more on that below), making it frequently, and promoting it however and wherever they can.

Nonprofits have to convince people to freely give of their time and money. Time and again, the best way to convince people has been storytelling. Storytelling is one of the most effective forms of communication, and a well-crafted narrative can capture your audience’s attention and create an emotional “footprint” like almost nothing else. No matter how unruly, unpredictable, and saturated the media landscape has become, it can still be penetrated by a compelling and timely story. In addition to provoking a stronger initial response to information, stories are also more likely to be remembered, discussed among friends, and acted upon. The power of a great story is limitless.

Brands using social media is now the status quo, but nonprofits and activists have been using the power of the internet since the first mass email and e-bulletin board campaign was launched in 1990. With limited funds and staff capacity, nonprofits take advantage of every opportunity and use every communications channel at their disposal -- and the opportunities are endless. There are no longer clear lines separating traditional media, social media, content marketing, public relations, journalism, and advertising. With this collision, the lines between traditional media and social networking have all but disappeared, leaving a new media landscape that everyone in the merging fields of advertising, publishing, marketing, and PR must learn how to navigate to stay relevant.

Word-of-mouth marketing is the Holy Grail to most traditional marketers. It’s also what’s kept nonprofits afloat from the get-go -- people volunteering, hosting house parties and gala events, and even going door-to-door handing out flyers. The key is finding your evangelists (big and small -- everyone has a unique circle of influence), empowering them to share your message, and expressing gratitude when they do. At its essence, it’s community building, creating meaningful relationships, and treating people like allies as opposed to simply customers.

People support nonprofits because they believe in making the world a better place. In a variety of ways unique to each person, people like to do good and support others doing good. Today, that desire has entered the marketplace, as well -- modern consumers want more than a pretty package and a good deal. They’re looking for products with purpose and brands that care about more than just the bottom line. In fact, 91% of U.S. consumers are likely to switch brands to one associated with a good cause, given comparable price and quality, and 90% would be more loyal to companies that back causes. If today’s entrepreneurs want to survive in an increasingly crowded marketplace, they need to take a page from the playbook of pioneers like Seventh Generation and Ben & Jerry’s, whose mission-based business model and marketing has catapulted them from a corner in the co-op to every mainstream market in America.

Some of these tactics will fall far outside the natural comfort zone of traditional ad agencies, but imagine the potential if you combine the savviest strategies from the nonprofit world with the bigger budgets of the business world. Those are the marketing campaigns you want your agency’s name on.