Why You Should Worry About Ad Blocking in 4 Charts

Ad blocking is going mainstream: Usage has grown 41% in the past year, according to a new report from Page Fair and Adobe.

While ad blocking has long been a tool of sophisticated internet browsers, the prevalence of blocking tools that are easy to install through a browser extension have led to an increase in users and a direct hit to the wallets of publishers.

4 Charts on the Rise of Ad Blocking 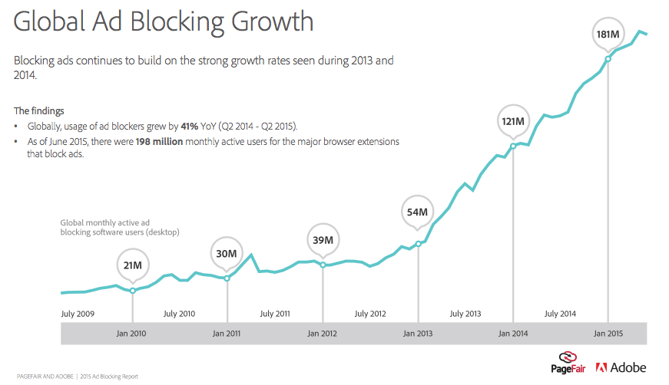 It is estimated that ad blocking will cost the industry more than $21 billion in 2015, which represents 14% of global ad spend.

However, ad blocking is only starting to register as a problem with publishers -- many are still more worried about viewability and fradulent traffic.

Frederic Filloux of Monday Note wrote about the issue: "For publishers, ad blockers are the elephant in the room: Everybody sees them, no one talks about it. The common understanding is that the first to speak up will be dead as it will acknowledge that the volume of ads actually delivered can in fact be 30% to 50% smaller than claimed -- and invoiced. Publishers fear retaliation from media buying agencies -- even though the ad community is quick to forget that it dug its own grave by flooding the web with intolerable amounts of promotional formats." 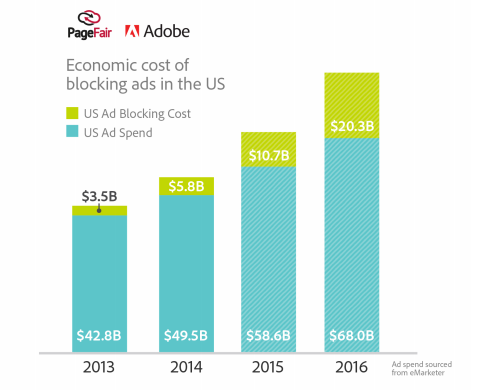 People are using ad blocking because they feel publishers and brands are misusing their information.

Transparency and trust is a growing problem in the online advertising world. Users are becoming increasingly wary of companies such as Facebook and Google, which collect large amounts of data on users and use this to target and serve ads. Consider this: Facebook recently acquired a patent that could be used to approve or deny a person's loans based on his or her connections. How this data is currently used and how it will be used by companies in the future is a major concern for consumers.

Publishers need to consider how to create better ad experiences and how they communicate the use of data to readers. 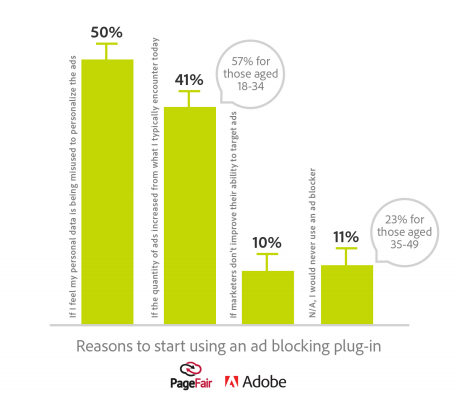 Ad blocking is about to go mobile.

Mobile search and browsing continues to increase (many U.K. publishers have already reported that mobile traffic has surpassed desktop), and this means faster load times are in-demand -- a problem typically caused by ads that are hosted outside of the publisher's site. In addition, mobile display ads are more disruptive on a small screen where real estate is limited and typically have low clickthrough-rates.

Apple's recent announcement should speed up the move to creating premium content and partnerships with brands. Apple has given developers the tools to create ad blockers that work on the mobile version of Safari, the default browser for Apple devices that represents more than half of all mobile internet usage. If these tools are approved, they will be available when the iOS9 update happens in fall 2015. 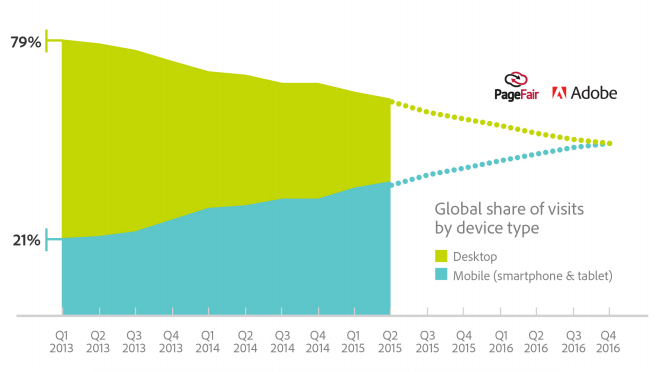