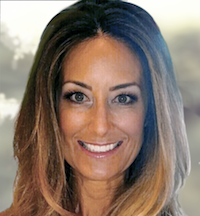 No one wants to be the last to know what’s really going on.

Yet, too often we see that the agency CEO is the last to become aware of client problems.

It’s not unique to the agency world that employees just don’t want bad news to travel upward. However, agency structures are unique from many other businesses, with complex webs of interaction that can distort -- or even block -- critical information from traveling up to senior management. With information flow being so critical to management decision-making, that’s not good for an industry that has seen client longevity decline year after year.

So how is it possible that the agency CEO is the last to know? At Hallway Talk, we interview agencies and their clients to uncover and solve relationship issues, and we've found that there are few common setups that lead to agency leadership being unaware that a client is unhappy -- or even close to firing the agency.

5 Scenarios That Leave Agency CEOs in the Dark

1) The agency is right. The client is wrong.

The first thing we remind agency management is that it matters very little whether the agency is right or wrong. The client’s perception is their truth. Too often we uncover that a client has expressed his dissatisfaction, but in the opinion of the agency account team, the client is wrong and his complaints are unwarranted. Therefore, why should the CEO be told if the agency hasn’t done anything wrong? Big mistake. Right or wrong, it is as important to understand and manage client perceptions as it is to deliver great work.

2) The relationship has been hijacked.

Does your agency have a superstar who completely “owns” a client relationship? Be careful here. While some of these star performers are truly supporting your agency, others use the relationship to foster their own agenda. When this happens, the superstar hoards information and power, distorting the facts and controlling what makes it up to the agency CEO. In its worst form, the superstar leaves and takes the client with him. As a third party, we find that by speaking confidentially with clients directly, this hijacked relationship is easy to diagnose. And when you know the truth, it is treatable. You can head off the hijack by inserting more team members into the relationship.

3) The right information is given to the wrong person.

Few things are worse for a CEO than to be blindsided about a client problem for the first time in a tension-filled summit meeting where the client says, “We’ve told you so many times.” It’s not uncommon for us to uncover that a client has voiced his concern many times, but the agency point person mishandled the information. It may have been a junior team member who didn’t recognize it as a "real" problem or even a senior staffer who believed he “had handled it.” It’s important to reveal where information is getting blocked and open up those lines of communication to avoid an “I told you so” catastrophe.

4) You're playing the Telephone Game.

There’s a lot of talking going on in our business. Much of the discussion is subjective, especially around creative and strategy. To get work done, dozens of people on agency and client teams are talking, texting, emailing, and generally communicating. In our studies, we've found it is not unusual for hundreds of one-on-one conversations to take place in a single day. Multiply that over time, and it's no surprise that information is distorted -- just like the Telephone Game we played as kids -- as it makes its way to the CEO. To help CEOs get to the root of the issue, we often suggest ways to get clarity through consensus or bypassing channels that adulterate the information.

As part of our agency-client relationship studies, we have one-on-one and confidential conversations with clients to hear their perceptions -- their truth -- about the agency relationship. And yes, clients do share with us thoughts and feelings that they often don’t, won’t, or can’t share with their agencies. In fact, many client comments outright contradict what they’ve told their agency. Why? Because sometimes the truth hurts, and the truth is just too hard to say to someone you have to work with every day, which helps us to understand the CEO’s predicament. If a client can’t tell the agency team what’s on his mind, how can the CEO ever know? This is where third-party experts can be helpful to your business -- getting clients to open up, to be honest about what they truly think, and to feel and share about their relationship with the agency.

Get to Know the Client's Truth

Of course, being the last to know isn’t confined to the C-suite, but it's ultimately where responsibility lies. To be the best decision maker and the best leader, the agency CEO needs to know the truth as defined by the client. Making a conscious effort towards revealing the truth is a crucial step to client retention and organic growth.

How to Run a Project Post-Mortem

4 Reasons Why Your New Business Exec Is About to Quit