When it comes to marketing coffee and doughnuts, you’d think an advertising campaign wouldn’t be too difficult. All you’d need is a sign out front and maybe a television ad reminding people you still exist. Then you sell the same popular snack/pick-me-up combo. 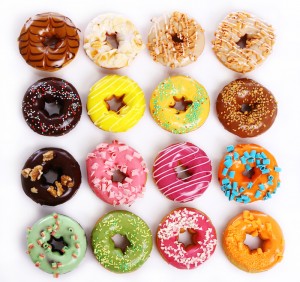 However, television ads are expensive, and there’s always competition. Popular chain Dunkin' Donuts found this out the hard way when it found itsekf up against newcomer Tim Hortons. Always a staple in Boston, the company had expanded over the border and established a number of stores in Canada while remaining largely unchallenged. However, ‘Timmys’ began to gain traction, and for a while it seemed as if the older chain was on the way out. Where once the opening of a Dunkin' Donuts could draw in crowds causing an hour’s wait, it looked like it was destined for obscurity. Fading to a scant few stores in Toronto, Dunkin' Donuts eventually managed to put themselves back in the game and retained most of its presence in America. And much of their resurgence can be attributed to a savvy SMS campaign.

Harnessing the power the power of mobile, the company managed to garner subscribers and keep its presence fresh in the minds of consumers, producing tangible results. A few of the more poignant tactics they used included:

The Dunkin' Donuts campaign targeted the right people from the get-go: the younger demographic. The ads were distributed online, through radio by popular on-air personalities. These encouraged the target demographic to sign up for the mobile campaign. This in turn caused the word to continue to spread from mobile to mobile, and it brought Dunkin' Donuts to the forefront of people’s minds when they needed a coffee hit.

This proves that advertising isn’t all about getting the loudest voice to as many people as possible. Mobile marketing can be an extremely targeted form of advertising, and mobile just so happened to appeal to the younger generation in Boston.

There’s nothing wrong with the traditional way of doing things, and the mobile component was only the beginning. The deals offered in the campaign encouraged the sharing of the product: When you can get customers to advertise for you, you know you’re doing things right. 17 percent of those who received texts forwarded them on to their friends, with only a gentle reminder. Considering that 7,500 people signed up for the service, this is a substantial chunk of advertising that was entirely free, as well as an added bonus. This proved to be especially successful because of the third approach.

The messages weren’t all advertising talk and front-and-center promos. They took a friendlier tone by suggesting that people share the messages with their friends. This was in addition to explaining all the details of the campaign and the benefits. It takes a light tone to make sharing and purchase details align.

Of course, they weren’t simply content with sending out the messages and patiently waiting for their stores to flood with customers. Dunkin' Donuts may have experienced a surge in popularity, but they also took time to crunch the numbers to properly evaluate the campaign. The statistics were impressive, with a 21 percent increase in traffic in-store, as well as the aforementioned 17 percent of receivers forwarding on the texts, thus extending their influence. It really does pay to ask nicely.

This wouldn’t be the end for Dunkin' Donuts’ experiences with mobile advertising. Its site is now optimized for mobile (crucial if expecting customers to follow links embedded in the SMS messages or within the app), and they’ve started sending text alerts to loyalty members. These can be turned on and off by logging into a personal account.

By using the right tone, targeting the right people and generally doing their research before leaping into the campaign, Dunkin' Donuts managed to pull themselves back from obscurity. Though SMS campaigns and mobile marketing are usually only components of larger-scale advertising, this is one instance in which proper tone and targeted SMS made a colossal difference on its own.