Why You Don't Need Agency Experience to Launch an Advertising Agency 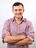 We’ve all heard LeBron James talk about how he wants to be a tight-end in the NFL. People laugh at that. The youngsters don’t remember Deion Sanders and Bo Jackson played two sports. We underestimate the idea that many athletes in today’s world could, after a short while, become dominant players in a totally different sport (Yeah yeah, I know you’re all thinking, “But Michael Jordan … ”. I get it.).

Why am I talking about this? The reason I’m painting this picture is that I believe business is very similar. For a lot of people on the outside, it appeared that my move into the agency world was some big audacious thing where I thought that my Twitter following would somehow translate into successfully acquiring clients for an agency. While all that pushback and backchannel snark was going on, I was laughing to myself. I was excited (and somewhat confused) that so many people didn’t understand how business skills map from one industry to another. More importantly, people continued, both then and now, to miss the fact that fresh eyes are a strength, not a weakness.

Before my public speaking and bravado eclipsed my business accomplishments, I was just a young kid building a small business into a big one. That confidence, the ability to run a P&L, to manage HR, to put in the work and the time, to get punched in the throat repeatedly by the realities of running a business -- all of these things made me extremely confident in whatever I was going to take on next. The process of growing some gray hairs and shifting out of the “whiz kid” mentality and into the mentor mindset prepared me in a way that no agency experience could have.

Sure, I’d never run an agency. Sure, I’d never worked at one. Even worse, I’d never even worked with one while I was building Wine Library. But I had run a business -- a big one -- and had grown it real quick. I knew what it took, which consisted of two things: great people and giving customers what they wanted.

Before I started VaynerMedia, I had hundreds of executives from corporate America reaching out to me on Twitter or after SXSW talks and keynotes. They couldn’t for the life of them figure out why some wine salesman had thousands more Twitter followers than their multi-billion-dollar corporation. So I knew what the needs were. I had my investments in Twitter and Tumblr. I had already been right about email services and Google Adwords and ecommerce. I had confidence in seeing where all of this was going.

On top of all of that practical stuff, I knew something that a lot of people take for granted: When you know what the lines are, you color within them. I made a very, very conscious decision to make sure that the first 20 or so employees of VaynerMedia also shared in my naiveté and lack of experience. I wanted the DNA of our organization to be based on something totally different from what we were going to be competing against. Only later did I started bringing in people who could help us to understand the standards and the game we were playing. I would push back, and the pressure between “the way it is” and “the way I want it to be” created the diamond that I think VaynerMedia is.

So it comes down to the same old thing: People lack imagination. People struggle with creating “new.” What we’re all very good at is looking at what other people are doing and replicating it. People don’t want the financial and human pain of embarking on a journey to a new territory. Some people want to stay with what is comfortable. They want to keep playing their sport, or stay in their home country. Then there are people who want to branch out into a new game, or discover a new world. I guess I’m just one of the latter, but that’s why I think I’m winning.

Determine quickly if a prospect is a good fit for your agency.