How Big is Going ‘Small’; Growth at Odds with Positioning 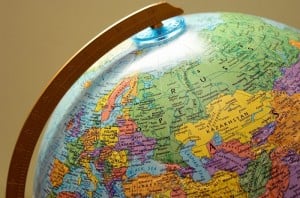 In November 2011, Patagonia famously put out a print ad telling consumers, “Don’t buy this jacket.” Since its inception, the Patagonia brand has stood for love of the outdoors. And with that love came a responsibility to actively protect the environment, which is equally part of the brand’s essence. Yet as the company grew, it was not lost on them that their success negatively impacted the environment. Hence, the ad campaign mentioned above and numerous other sustainable measures. The Patagonia example, though somewhat extreme, tees up the question of what brands should do when their growth seems counter to their positioning. Recently, we’ve seen examples from three successful brands that are investing in strategies that aptly reinforce their “small” positioning (local, small-scale production, and luxury) even as they grow.

No one can dispute the growth and success of Starbucks with over 18,000 stores globally. Besides selling consistent quality coffee, the other key component of the brand’s positioning is to provide a comfortable, relaxing neighborhood hang out. However, as the company grew, appearing in neighborhood after neighborhood with basically the same environment and store experience, it began to seem big and corporate. To address this head on, the company is now focusing on store design to create a more local ambience. If the positioning is about a neighborhood hang out, then it makes perfect sense that the look of a store is unique to that neighborhood. That customization favors incorporating local culture and insights. In Japan, the flagship store in Dazaifu features more than 2,000 wooden rods that are woven into a diagonal pattern. The goal was to make the store feel natural and graceful to reflect the nearby Tenmangu shrine. In Mexico City, Starbucks leveraged insights about local consumer behavior to create more large-group seating areas. The strategy of localizing store design further bolsters the brand positioning.

Playing in the same QSR industry is Chipotle, but with a very different positioning. Similar to Starbucks, the brand stands for more than quality food; it stands for “food with integrity,” which can be summarized as a respectful, sustainable approach to farmers, animals and the environment. Just as important as what they stand for is what they stand against—typical fast food and industrial farming. Chipotle is experiencing tremendous growth with 1,500 stores, revenues nearing $850 million and a stock market value of $15 billion. At least in size and scale they seem headed toward being a large fast food chain. To demonstrate that they are not the same, Chipotle uses non-traditional media to communicate their message. Recently, the company launched “Farmed and Dangerous,” a four-part comedy series running exclusively on Hulu. The show speaks to the brand’s beliefs in small-scale sustainable farming, but with minimal reference to the brand itself. This follows up on two successful animated videos, “The Scarecrow” in 2013 and “Back to the Start” in 2011. Chipotle is living and communicating its message of being different by using atypical marketing vehicles, ultimately substantiating its positioning.

Finally, let’s take a look at Coach. They are positioned as accessible luxury and are currently evolving into a global lifestyle brand, with expanded accessories, clothing, and footwear. Coach has a tough balancing act with accessibility and luxury. Their distribution system is very much a model of accessibility, and has driven growth with a combination of retail stores, outlet stores, boutiques within department stores, e-commerce, and online presence on Amazon. However, that pervasive presence has tarnished the shine on its luxury halo and sales have suffered as a result. Coach is now refocusing on the luxury piece of its positioning by using influencers to increase its prestige factor. To reclaim its style credibility, Coach recently brought in Stuart Vevers as the brand’s new creative director, who brings high fashion marks from Mulberry and LVMH. His collection debuted at Fashion Week alongside higher end luxury brands. In addition, Coach launched a marketing campaign called “New York Stories,” which features models as well as other fashion-forward artists and businesspeople to play up its signature style. It will be interesting to see if Coach is able to recapture its luxury status and, with it, continued growth.

Regardless of whether you are managing a small, medium, or mega-brand, there are some key learnings and considerations from the examples above. New insights around your key consumer can help to shape your marketing strategy and choice of mediums. Think broadly about design (environment, videos, product, packaging, etc.) and how it can be leveraged to help communicate your positioning and message. Look to your positioning: it can provide guidance on what the brand is and what it is not, which may highlight a fresh approach for growth.