5 Innovation and Design Trends That Will Define 2015

It is the time of year when we look ahead, trying to figure out what trends will take hold of the masses.

And if we can define the movements that are snowballing into larger trends, then we -- as marketers -- can use these in our planning for 2015. We can make sure our brands are at the forefront, rather than consistently struggling to keep up.

We’ve reviewed the most exciting and influential ideas of the past year in an effort to predict the trends that will shape innovation, branding, and design in 2015. From not-so-jokey joke products to new, technology-assisted perspectives, these are the things you need to pay attention to in the next 12 months:

1) Anything but Words Works

2014 could be called the year of the emoji. Or the year of the GIF. Either way, tiny images are dominating our communication waves. In 2015, Unicode Consortium will make a much-anticipated update to the emoji database, and with tools such as Imoji that let users create emojis of themselves, the icons will become a much more flexible and expressive language, both for individuals and for brands. Meanwhile, GIFS will become even more prevalent in unexpected locations. The looping files already made their way onto billboards this year (see Netflix), so expect more diversification in media placements as marketers attempt to reach millennials in their own language.

2) Parody Into Reality -- and Beyond

Spoofs are nothing new, but this year we seemed to witness an unusually high number of joke products that made the jump from parody to reality. A potato salad received $55,000 on Kickstarter, and real people spent real money on the NoPhone -- literally, not a phone. We commemorated our emotions with Nick Offerman’s handcrafted wooden emojis, and a guy named Ethan ended up with a following of loyal texters.

Parodies resonate because they are a commentary on the current zeitgeist. But as these concepts make their way into the real world, they have the potential to actually influence it, rather than merely comment. Next year, we expect to see some of the parody concepts outlive their moments. For example, the NoPhone could inspire a trend of using non-functioning replicas of everyday technology to make a statement about disconnecting oneself from screens. 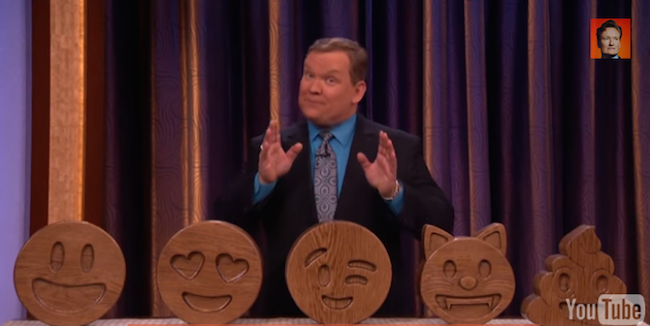 3) Devices Get Larger, and Apps Get Smaller

Phablets, or “bigger than bigger” smartphones, may be in, but apps seem to be getting smaller and smaller -- in terms of functionality, that is. Facebook transferred Messenger to a standalone app this year, and Instagram released the separate app Hyperlapse to much success. And let’s not forget Yo, which originally launched with the sole functionality of texting “yo” -- it raised $1.5 million in funding. In 2015, we may get over the “one trick pony” app phenomenon, but with design trending towards minimalism and straightforward user experiences, we can expect apps to remain streamlined and simple.

Drones, selfie sticks, GoPro, and virtual reality technology had a big year. GoPro users’ videos transported us into a lion’s mouth and onto a pig’s surfboard. A selfie stick in the hands of some daredevil teens gave us a stomach-churning view from the top of a Hong Kong skyscraper. Drones, meanwhile, are taking us to new heights (see OK Go and fireworks). Add VR headsets into the mix, and we’re really starting to see the world in a whole new way. As these technologies become more advanced and accessible during the next year, expect “armchair travel” to become a more popular way to satisfy consumers’ cravings for adventures. We’ve started to see brands using VR to create unique experiences (such as Marriott Hotel’s #GetTeleported), and our prediction is that this phenomenon will grow and continue into the new year as more marketers vie for experience-eager consumers’ attention.

5) Time Is Speeding Up -- and Slowing Down

Most of our communications are short-lived, either disappearing into the incessant newsfeed or into thin air, ala Snapchat. But in the face of this ephemerality, we’re sensing a pull in the opposite direction, for things and experiences that last. It’s the impetus for the Slow Watch, an analog timepiece with a 24-hour face and just one hand. And it’s the reason College Humor dared us to watch an entire three-minute-long video (good luck). In 2015, we anticipate that the slow technology trend will continue to grow. Brands that can offer durable products and experiences will reach an eager audience.

This is by no means a comprehensive list: wearable technology and the Internet of Things are certainly other areas we anticipate to become more pervasive and influence the way people and brands behave and communicate. But these trends are a starting place for building your cultural currency in 2015.