Lessons from Childhood for the Ad Exec 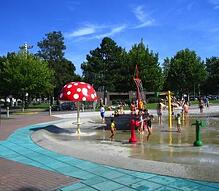 Summer is the season of play — a time when workloads are a bit lighter and the sun is more alluring. Even though most of us are enclosed in a concrete building for at least eight hours a day, our minds tend to wander to the summer months of freedom — when, as children, we spent the days drenched in sun and chlorinated water. But those years of freedom and carelessness instilled a few lessons — some learned the hard way. We asked what lessons from childhood were memorable enough to be applied to the daily life of an ad exec. 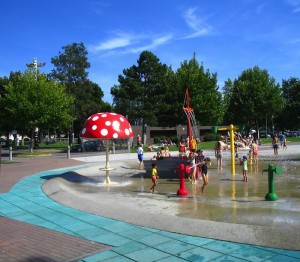 DO YOUR WORK WITH LOVE

When I was 6 or 7 years old, a friend and I created comic books that were based on our infatuation with monsters, such as Godzilla and King Kong. We would sell them at school for 50 cents, and kids were buying them so fast we couldn't make enough of them. I remember asking a girl in my class who had bought a Godzilla versus Mothra comic why she wanted our book when she could buy a real comic book instead. She said it was because they were unique and no two were alike. The stories were told with real excitement, and the drawings were done with love. That's the same way I approach my work today, and I'd like to think it's what inspires my team to create compelling work that stands out aesthetically and tells each client's unique story with authenticity.

As a child, I attended a well-known British private boys’ school and hated every minute of it. Saturday school and wedgies were the worst. To escape my stuffy surroundings, I often found myself day-dreaming and letting my imagination run wild. I attribute much of my conceptual, out-of-the-box thinking abilities to these years. I believe creativity is the real work of leaders today, and for brands, creativity is the currency of the future. As a leader, I try to inspire confidence through my creative vision every day.

I played tons of sports as a kid. Playing on organized teams and in pick-up games with friends taught me many skills that I still utilize today. One of the most important things to learn early in team sports is to understand what you do well. Not everyone can be a great shooter, defender, passer, etc. Sometimes you need to play to your strengths and recognize what you are best at. Similarly, let others do what they do best. Of course, the core lessons about teamwork, commitment and dedication are also all essential knock-on effects to entrepreneurship. But perhaps the most salient lesson from a lifetime of playing sports was learning how to lose. I did not enjoy it, mind you, but accepting that it's simply part of the game is important. No one wins forever, and losses — painful as they might be in the moment — are important opportunities to learn and improve.

MAKE BOLD CHOICES AND STICK WITH THEM

As a child, I chose to play the cello, and from that moment until after graduating college, I thought I was going to become a professional cellist. But between primary school and college, life was a little harder. The high school I went to was tough and not in the academic sense. It was an up-and-coming neighborhood in London, and you can imagine what teenagers thought of a scrawny kid carrying a cello. It forced me to do my own thing and follow what I liked. After college, I had the opposite experience. Being an Englishman in Canada who played the cello in University, I was much more respected when I was 21. However, I realized that I wasn't good enough to be a soloist, and if I followed a career as a cellist, I would end up teaching and playing at weddings and in hotel lobbies. So, I quit and reinvented myself.

I learned that by making those decisions (both times against the grain) and seeing that I could change my life so profoundly by making choices and sticking with them, I had developed a much higher tolerance for risk and a much bigger appetite for change. Although I vastly prefer the company of others, I learned that I can go it alone and that things will work out. As it turns out, you need these attributes when you run your own company.

My dad held various high-power jobs in the airline industry, and the two key things I gleaned from him were the importance of communication and the importance of ‘team.’ I was told a delay could become a positive experience if you dealt with it right: talk to passengers, keep them updated, and be as transparent as possible. I think this is vital when dealing with clients and your own people, and it’s something we focus on. My old man used to say that as a CEO, your board members should be better than you at their specific disciplines, and that leaves you to set a vision and inspire those people. Again, we try to make sure we hire talent that's better than us — people we can learn from, nurture and help grow into the best folks in the industry for our benefit and theirs.

DO THE RIGHT THING

Growing up, I always thought the tri-color bowling shoes were the bomb. I desperately wanted a pair to wear to high school. And of course, bowling shoes weren't sold in stores in Minnesota (or anywhere else) in the ’80s. Since the ‘we will lend you a pair of bowling shoes if you give us your street shoes as collateral’ was so clearly understood at the local bowling alley, I devised a plan. I headed to a Woolworth's and purchased a $1 pair of jelly sandals. During my next visit to the bowling alley, I provided the jellies as collateral in exchange for a nice pair of bowling shoes. After bowling a few frames, I proudly walked out in my shoes. They were blue, red and vanilla — bam.

After my third consecutive day wearing my new bowling shoes to school, my mom spotted them and asked about their origin. I glossed it over, thinking she wouldn't know the difference, but it quickly became clear she had figured it out when I returned from school that afternoon. The whole family piled in the Chrysler Cordoba and headed for the bowling alley. Both parents marched me in and made me ask for the manager. With my cheeks turning purple and a lump in my throat, I summoned the manager to tell him what I had done, returned the shoes with a personal apology and promised never to steal from him again.

To this day, I remember the terrible feeling of standing in front of that manager. And it has taught me two important business lessons: always do the right thing, even when I think the rules could be bent to my advantage, and apologize and come clean right away when you make a mistake — before you are forced to do it under more embarrassing circumstances. I still play by those rules today, and it allows me to lay my head comfortably on my pillow each night.