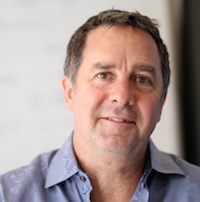 In the agency business, there’s nothing more exciting than growth. There’s also nothing more dangerous. The larger an agency grows, the more there is to coordinate and manage. When the chaos starts destroying productivity and morale plummets, we always look first to managers and their use of authority and control.

To have authority is to be an individual cited or appealed to as an expert; it’s about wisdom, experience, and often truths. To have control is to have the power to influence or direct people's behavior; it’s about dominance.

It’s important for any manager -- and critical for managers of creative enterprises -- to understand the nature and impact of these practices. Authoritative behavior is usually empowering, especially when the expert provides wisdom freely and without judgment. Controlling behavior, on the other hand, erodes creativity, productivity, and morale. Yet our culture has come to associate them in tandem with the idea of management. Think Alec Baldwin in the famous Always Be Closing scene in Glen Garry, Glen Ross.

Asserting control can feel effective to a manager, but it rarely boosts employee engagement or productivity, and it’s particularly counterproductive today. Advertising keeps getting more complex, and millennial knowledge workers dominate the agency ranks -- that’s high-complexity work being done by super-smart people who want to choose how they get it done. Control is pretty much the worst technique that can be used in this situation.

Often, the use of control is a response to other poor management practices. For example, the failure to set reasonable client expectations or to resolve conflicting priorities. This underlies everyday scenes like this one:

Angela walks over to Josh to see if he can do a quick fix for her. Angela’s client called her moments ago and wants to see an alternative treatment to the creative, “if possible” by 3:00. Josh has his headphones on, and Angela waits for him to stop what he is doing and look up at her. “I have something that I need your help on for a few minutes,” she says. Josh replies, “But Ben was just here and said that he needs this by 4:00. Can it wait?” Though Angela had not asked her client if it could wait, she replies, “No, this is really important.” Josh complies.

In this exchange, Angela asserts control by both interrupting Josh at what’s likely an inappropriate time and also by insisting that her work be done first. Josh looks to Angela as an authority, yet she uses his trust to assert false authority regarding the 3:00 deadline and bolster her control.

One could look at this behavior as benign. After all, it happens all day at agencies, and both pieces of work will get done. Yet research indicates that there are many negative consequences to even a simple transaction like this.

High-performance teams thrive in the presence of autonomy. Simply put, autonomy is self-governance, the ability and right to choose (read: control) what work is done and when. This idea is anathematic to how our culture portrays management, thanks to the enduring legacy of a doctrine that shaped modern management. Called Scientific Management, the doctrine held that given the choice workers would do less, not more, in a given time; so they need to be managed like slackers.

More recent research has shown that for the types of highly variable tasks that characterize agency work, people are about 15% more productive when given high autonomy. When people have high autonomy, feedback tends to be expressed and received as authority; the wisdom and experience of it improve morale. By contrast, when autonomy is low -- people are being told what to do and how to do it -- feedback tends to be experienced as control; productivity and morale decline.

Picture Angela standing over Josh to ask for an alternative creative treatment by 3:00, but this time ...

“I’m sorry for interrupting you, but I have a request from the client.” Josh replies, “Ben was just here and said that he needs this by 4:00. Can it wait?” Angela realizes that she is not an authority on that answer and says, “I can see. What time might you be able to work on it?” Josh feels a sense of control return. He relaxes and says, “I can fit a half hour in before 5:00 if that can work.” Angela smiles and says, “That’s awesome. Let’s plan on that. Let me know when you’re ready, and I’ll take you through it. And thanks!”

So what happened? Angela gave Josh control. His priorities honored, he relaxed and engaged. Angela will get his best work because she avoided the false authority trap and actually consulted him. If she masters this, she’ll distinguish real from fabricated urgency. She’ll gain credibility, authority, and trust.

Great managers assume authority responsibly and shed control whenever possible. It’s not about getting people to do what you tell them, it’s inspiring them to take on the mantle themselves. Agencies need it more than ever. It starts with a simple distinction.