4 Reasons Why Your New Business Exec Is About to Quit 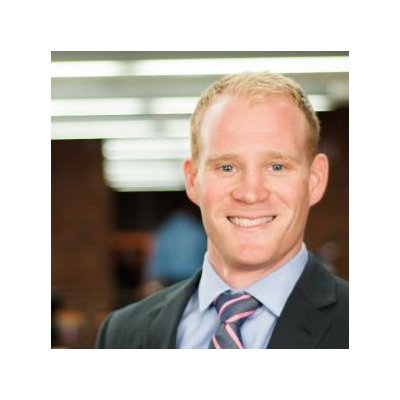 Recently, a friend of mine (we'll call her Jessica) quit her job as a new business rep at an agency.

When she was initially offered the position, she was excited by the opportunity. She was young, ready to learn a new industry, and excited to work in a creative and fun environment.

But soon, she found out that the role was nearly impossible to succeed at, precisely because of the way agencies sell their services and market their agency. This might be why the average tenure of a new business director is less than two years.

Here are a few of the problems Jessica experienced and why you should reconsider how you hire and onboard new business executives:

1) The business development team is not setup for success.

Jessica was brought in to replace an employee who had unexpectedly quit the week before. The rep she replaced left behind a ton of unfinished projects and confused clients who all needed to be reminded that they had a relationship with the agency, not the sales rep.

While she was happy to be working with big name clients, her first four weeks were a non-stop rush of cleaning up messes (the previous employee was frustrated and left things in disarray) and trying to answer questions about why the previous business development executive had left.

Because her hire was reactive, she wasn’t provided any formal training on internal processes, culture, or even sales. Her training consisted of being placed in an empty office with a laptop and access to email where she was told, "Save as many clients as you can." His old book of business was her new book of business. There was no plan, no structure, and no training.

2) The agency has an unhealthy dependency on referral business.

Jessica spent her first two months scratching and clawing to keep every incumbent client she could. She met with clients over lunch, took them to sporting events, and discounted their first few projects to make sure they stayed with the agency. She was worried that with the change in personnel, some clients might start entertaining the idea of new vendors. Without any existing lead pipeline, she had to rely solely on word of mouth and referrals to hit her quota. All of the new accounts she was going after were based on personal relationships. The problem? When your strongest value proposition is baseball tickets, there will inevitably be someone with better baseball tickets. Your agency should be able to win business based on the value you've provided to previous clients, not the perks.

The agency did not allocate any resources toward marketing the firm. And as a result, it wasn't generating any new leads. Jessica had no channels to tap for new clients, outside of scouring her LinkedIn and personal network.

After a few months, it became apparent that what she was doing wasn't sustainable. Jessica’s boss, the owner of the agency, was a hard-working guy with an incredible work ethic who never turned down a project or RFP. Together, they would work tirelessly on proposals, responding to every client request only to hear back that the client reviewed three RFPs and went with the cheapest option. Or worse, they never heard back at all.

Jessica was frustrated, but having never worked in the agency world before, she didn't know any better. She believed that surviving in the agency world was all about personal relationships and low-cost proposals. The frustrating part was that there was no rhyme or reason as to why she didn't get certain business. Sometimes she lost because of price, sometimes her proposal went too far beyond the scope, and sometimes she was simply told, "It's the other guy's turn to win."

Eventually, Jessica was working 12-hour days alongside her boss. She would either be out networking or entertaining clients or she would be focused on responding to RFPs. She was forced to take every bit of new business that came in the door. A lack of marketing meant a lack of incoming qualified leads, which meant the agency couldn't predict its monthly or quarterly sales. And without a way to grow the agency's client list in a predictable way, Jessica was constantly worried about whether or not she would have a job in the next few months.

4) The new business rep has to do two jobs.

After a few months of tireless work, Jessica began to have some success. She tapped her personal network and ended up selling a few projects, scraping by to hit her goal. But as soon as she saw improvements on the new business side, she began to experience a new issue. As her client base grew, she started getting more “account management” type emails that took her away from selling. She was spending so much time responding to existing client requests, she didn’t have time to prospect net new accounts. As a result, her pipeline dried up, and she again fell behind in reaching her quota.

All of these issues began to wear on Jessica, so when another agency offered her a sales job, she listened. The competing agency had a great marketing team which provided qualified leads to the sales team. The agency offered to teach her a repeatable sales process and how to use a CRM to better manage her sales process. They also provided her with weekly one-on-one sales coaching sessions and took her personal development seriously.

When she was finally offered the position, she jumped at the chance to work for an agency which provided her with all of the structure and tools she needed to be successful.

How to Run a Project Post-Mortem