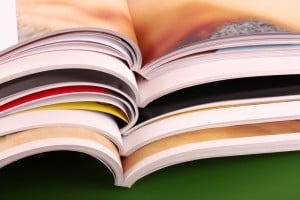 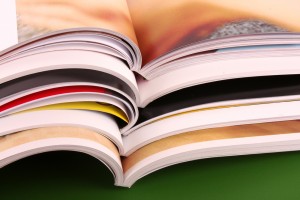 As a child growing up in the 1970s, Christmas meant one thing: the JCPenney Christmas catalog was coming. The catalog had — in the minds of my friends and siblings — every toy known to mankind. We'd dog-ear corners and tear out pages, agonizing over what we thought Santa should bring us. My sister was furious with me for tearing out a page one year. I wanted to hang a picture of the “Planet of the Apes” treehouse on my bedroom wall, not realizing that Malibu Barbie was on the flip side. First world problems in third grade.

Catalogs were a minor form of entertainment, not just a print version of the store’s inventory. Flipping through a catalog provided serendipitous shopping surprises. “I didn’t know I needed that!” Over time however, Americans began to receive so many catalogs that they lost their appeal and began to become a nuisance along with junk mail circulars. By the 1990s, no one had time to read catalogs, and the few who still did were ridiculed in popular culture.

The Rise of Visual Bookmarking

In 2006, a site called Wists was launched. Wists allowed users to save linked thumbnail images of products into categories like house, gadgets, fashion, jewelry, travel, etc. Sounds a lot like what Pinterest does, doesn’t it? Side-by-side, the two sites are quite similar, and while there are over two-dozen Pinterest clones now, Wists predates Pinterest by at least four years. Pinterest just happened to be the one visual bookmarking site that really clicked with the public.

After talking with Chris Moritz — Campbell Ewald's head of content strategy — I realized that part of the appeal of these visual bookmarking sites might be that they signal a return to our love of catalog flipping and serendipitous shopping. When it launched, early adopters of Pinterest were calling it digital scrapbooking, but that’s rather inaccurate. Facebook’s Timeline may be closer to scrapbooking than Pinterest is, especially as we are beginning to see first indications that visual bookmarking sites like Pinterest are actually leading to sales — assuming the pinners were polite enough to ensure the photos link back to the original item pages — and that is an issue.

According to an April 2012 BizRate Insights report, while a full 26 percent of users purchased items by clicking on Pinterest photos, 27 percent said that when the link isn’t there, they wouldn’t take the time to look them up, and an additional 10 percent said they were unable to find items if the link wasn’t provided.

Interestingly, six percent of users said they were unable to complete purchases because the photo linked them somewhere other than the purchase page. These were likely to be originating from the wildly popular Tumblr blogging platform. Tumblr links on Pinterest have often been repinned dozens of times already, and prior to that, reblogged on Tumblr so many times it often becomes nigh impossible to find the original image without resorting to tools like TinEye.

So what made Pinterest catch on now when Wists did not? Creator of Wists and Yelp, David Galbraith put it this way:

"Wists was also too early. The big social networks weren’t in place yet for the site to leverage off of. Still, it started to grow on its own, with exactly the same early adopters that Pinterest attracted five years later — Etsy users, crafts people and, above all, women. It also managed to get reasonable PR. The New York Times and Wall Street Journal covered it, largely because the term “social shopping” sounded particularly lucrative."

Will Pinterest replace catalogs? Probably not completely, but for many of us (and certainly for this writer), it fulfills that nostalgic feeling of flipping through pictures of wished-for products and things we never knew we needed.