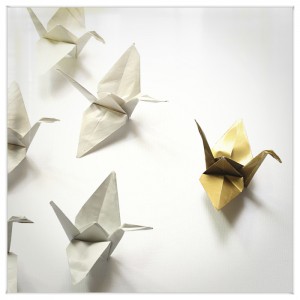 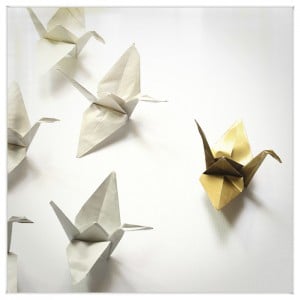 Agencies shouldn't play favorites, and they don't. But that doesn't mean there isn't that one client that provides the agency with the freedom to really spread their creative wings — to take a chance and make a statement.

This is why you got into the business in the first place. You want that chance to combine creativity with opportunity, and you need clients who won't stomp down or "alter" ideas to make them more mainstream.

So these small or local or even non-profit clients that are trusting, appreciate risk, and crave the spotlight can become an agency darling — an account people scramble to work on.

We spoke with a few agencies who discussed their "creative opportunity" clients and why they make a difference for their agency and staff.

The creatives at Eleven are always eager to collaborate for local causes. So when the opportunity came up to work with the San Francisco Jewish Film Festival (SFJFF), the first and largest Jewish film festival in the world, it was a no brainer. The coordinators are very open to ideas and didn't have a formal brief -- they just liked the idea of doing something lighthearted to remind people that the festival is really open to all of San Francisco. You don't have to be a film snob. You don't have to be Jewish. You just have to like movies.

American-Giant has been amazing to work with. We’ve been with them since they launched the brand, and they’re always looking for new and inventive ways to talk to their audience. 'Don’t Get Comfortable' is a startup truth, a youthful truth, and a cultural truth for those who believe in themselves and what they can accomplish. Hopefully, it's obvious to see how this idea has become what they stand for in the content they've published.

Nick was inspired from serving as a child sponsor for the organization. He had been supporting a little boy, now 11 years old, in a small village located in Kenya, Africa. The boy is one of 830 children living in the Pokot orphanages:

After six years of support, I had the opportunity to visit Kenya and meet Doc. Though excited to meet him, I figured I could do more than visit, but rather use the trip as an opportunity to raise awareness about the kids in the Pokot tribe. The Etch-A-Sketches were a way for us to transcend the language barrier and simultaneously give the kids a fun way to express themselves. It was quite an experience -- not only the trip itself but also the way so many of our friends in the industry pulled together to offer their talents. From the shoot to editing to music, this project was a shining example of how much good can be done with just a bit of dedicated time.

The client, Edward Sunderland, managing director of Crossroads Community Services, was incredibly open and receptive to new thinking and ideas. He had taken Crossroads far, but knew he needed to galvanize the mission, and needed something interesting and provocative to do it -- a big credit to him. Edward responded to a key notion of the campaign -- what better place to address the issue of people living and eating on the streets than using the street as the medium to tell the story, and then amplifying it using digital and social media. 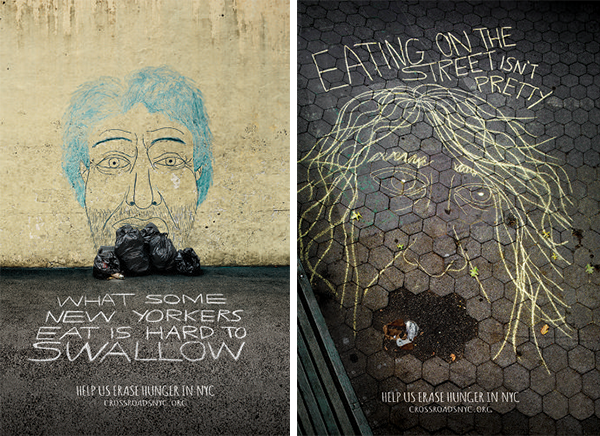 Mr. Sketch had been quiet for a very long time. We essentially wanted to create a fun, entertaining ad that broke through and reignited a love people have for the brand. Our clients were very supportive of that and have a great feel for what makes Mr. Sketch unique. Of course, we did all of the testing and optimization to meet all of the research requirements, but I think in the end it just made them laugh. That's what really drove everything.