Reflections on Cannes 2014: 6 Ad Execs Reveal Their Favorite Creative From the Festival 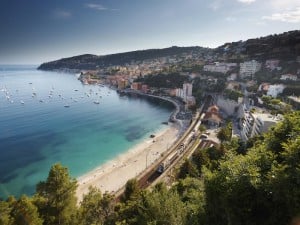 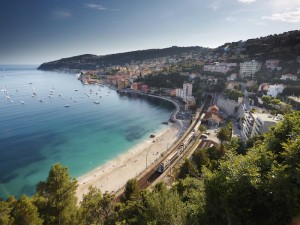 The exodus from Cannes is now complete. The creative (and wine-induced) hangover has subsided, and it's back to the daily round of meeting, email, meeting, meeting, email. While we've seen all the Grand Prix winners and have vowed not to stare with jealousy at the desks littered with golden, shimmering lions, the campaigns and ideas that won — or were ignored — continue to hold our attention. We asked a a few execs who returned from the French Riviera what they thought the stand-out ads were and if there were any takeaways from the annual festival.

There was a wealth of brilliant creative work from around the world at Cannes this year. The competition was brutal, and the number of entries alone dictated that much great work did not even manage to attain shortlist recognition. I have elected to feature two of my favorites here, one for a non-commercial client and another for a commercial client, as each of those broad categories offers its own peculiar challenges. This is not to say that I believe either to be the very best piece in the overall competition because I don’t think it would be possible for me to name one. Rather, these are but two of a generous handful of favorite cases that were standouts among the numerous other great cases that were recognized with awards.

On the non-commercial side, “Sweetie,” the project to stop child webcam sex tourism from Lemz for Terre des Hommes in the Netherlands, was and is an incredibly imaginative and important project. It illustrates both the potential of an idea to make the world a better place and how contemporary communications technology can be used to solve some of the very problems that it creates. Justifiably, it was awarded with multiple Gold Lions as of this writing. From among the commercial client work I loved “Inglorious Fruits and Vegetables,” created by Marcel, Paris, for Intermarché, which was also a multiple Gold Lion winner as of this writing. This was an idea that imaginatively repositioned an entire category of products (malformed fruits and vegetables) and compelled throngs of people to enter stores to buy them. It changed minds and behavior while growing sales and reducing food waste, and it serves as an excellent example of the power of a creative idea to add value to — and drive preference for — even the most generic of products.

I took away two big themes from Cannes this year. First, much of the best work seemed rooted in some aspect of culture – whether it was “Inglorious Fruits and Vegetables” that looked at our contemporary relationship with food, or Newcastle Brown Ale that subverted our obsession with Super Bowl advertising. Second, I was struck by how many creatives have now discovered that data is not just an input but something they can play with. Ogilvy’s “Magic of Flying” digital billboard used flight data to create an entirely new kind of outdoor experience, and Microsoft turned a live soccer game into a real-time data experience by using FIFA 14 gamers to recreate the action.

But my favorite “ad” brought these two themes together in a truly powerful – and personal – way. I’m a big fan of Formula 1 and am believer that the best creative work should not just tell stories but rather create new kinds of experiences. “The Sound of Honda/Ayrton Senna 1989” did just that. Honda took a pivotal moment from culture — Ayrton Senna’s record-breaking qualification lap at the Japanese Grand Prix — and combined it with historic telemetry data that recorded acceleration and engine data in detail. From these two elements of culture and data, Honda reimagined the famous lap as a unique sonic and light experience. With zero PR or media budget, the campaign became the world’s most-watched YouTube video for two weeks straight.

As the leader of an agency that has pioneered digital experiences for over 20 years, I am always fascinated by brands that leverage data and technology to transform the nature of their relationship with customers. Too often, I see digital tactics being deployed as either matching luggage to general advertising and/or siloed executions that simply leverage the latest shiny object. The role of any brand communication – especially advertising — is to accomplish two things: capture the attention of your audience and inspire them to act or behave differently. What really excites me is simple, focused creative that connects with a customer in a meaningful, human way.

So it was refreshing that a print ad actually caught my attention at Cannes this year. The posters done for Lego are perfect examples of how the simplest creative can have such meaningful impact. Devoid of unnecessary copy or overly clever CTAs, the ads recreated famous paintings by artists such as da Vinci, van Gogh, Wood, and Magritte — capturing the attention of viewers by showing the limitless creative possibilities that the product offers and inspiring customers to purchase Lego products. Digital has the ability to transform advertising that people notice into experiences which people feel, but we can never forget that powerful stories, told simply, are still the most impactful. 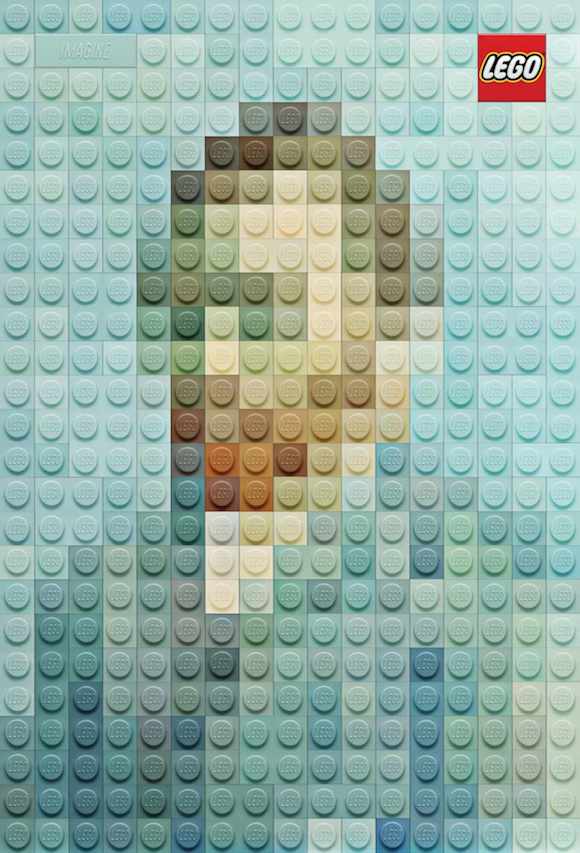 Two weeks ago, my wife, three kids, and I were at the Bronx Zoo on a busy summer afternoon enjoying hot dogs. We heard a nearby mother calling for her boy "Kevin". Kevin was nowhere to be found. This is sheer terror for any parent. My wife turned to me and said "with so much technology these days, isn't there an app that can help?" That's why Nivea's Kid Tracker ad was my jaw-dropping moment of Cannes. Nivea is playing in a heavily crowded category where SPF is SPF is SPF. Functional benefits can only go so far. Instead, Nivea found a basic human need around product usage. The kid tracker taps into a deeply emotional human desire — to keep our kids close and safe. When so many brands are facing commoditization, Nivea reminds us to stay fundamentally focused on people. Knowing how real people use the brand and observing them in the real world is the only way to make beautifully simple lateral leaps out of the muck. I also love this idea because it makes the most of our new creative canvass. It's a high impact interactive press ad. It's new technology and utility in the form of a mobile app. It's DM. It's PR. It's experiential. It's the intersection of old and new media with innovative technology. The future is here.

I was also encouraged to see so many brands in Cannes re-imagining their role in people's lives. Colgate showed us a simple change in our water habits can make a major difference in the world. Coke showed us how to make an entire nation happier. ANZ Bank showed us ATMs can be a joy. We're seeing more and more ideas that create honest, human connections between brands and people. Thank you Cannes for reminding us our work matters.

The shortlist selection for the Design Lions created a lot of debate this year. Other than embodying some general sense of "beauty," there didn't seem to be a clear consensus on what the judging criteria was. This was further reflected in how the Design Lions gallery – on a separate floor from the rest of the shortlist categories — was curated. It certainly didn't reflect the collective short list, nor did it honor the winners. It’s a shame because it would have been nice to have a couple of Landor Associate's recycling receptacles for the Central Park Conservancy at the Palais in Cannes. I love that the jury recognized this piece of design with a Gold Lion that was not self-initiated or designed to get hits, likes, or views. It wasn't a message. It wasn't trying to sell or get you to react in any way other than to put your trash in the right place, recycle, and keep Central Park beautiful for locals and visitors. The receptacles were made from recyclable aluminum and treated with environmentally friendly powder coat. They're easier to open, to empty, and to clean for the park workers. They're easier to see and understand, which makes them easier to use for the park visitors. The color coding and size of the aperture made it clear to know which one to use, while sitting comfortably in the park environment. This is the real deal. This is creativity, design, and craft coming together beautifully as a functional part of our environment. 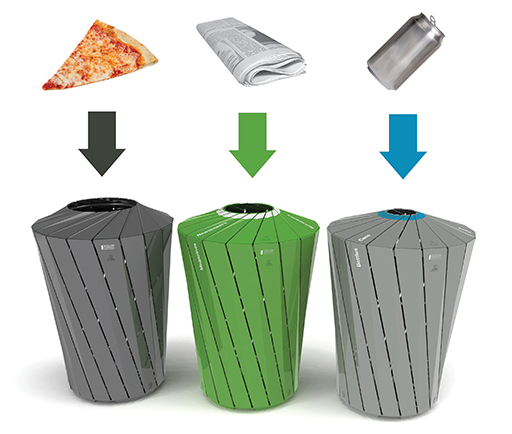 Creativity is a Superpower
Reflecting on the chaos that is Cannes, it’s impossible to name one favorite ad or execution.

The event is an onslaught of cleverness (see: Sorry I Spent it on Myself), magic (Sound of Honda) and brilliant design (Bergen Festival).

So instead of an ad, I will point out the most encouraging trend I saw: the inordinate ability we have as an industry to achieve change in the world.

To not only make people aware of a problem via an impression but to shift the way they think about an issue and almost force them to do something about it.

The sheer number of beautiful ideas prevents me from outlining them all, but here are some that showcase the breadth of work I saw:The Autocomplete Truth (sexism), Bentley Burial (organ donation), Lego Blind Art Project (blind children), I Wish My Son Had Cancer (rare disease), Inglorious Fruits and Vegetables (food waste), Raw for the Oceans (plastic pollution), Sweetie (online sexual predators), Samsung Smart Bike (the perils of bicycling), and Drinkable Book (lack of clean drinking water).

Why is the spectrum of these award-winning projects so encouraging? Because it exhibits creativity as a superpower. It is becoming more and more obvious that creative ideas are the best solution for various issues and industries.

And I truly believe the more brands, cities and even nations embrace creativity as a tool to solve problems, the brighter our future will be.

As a mover within the McDonald’s account from one country to another (London to Chicago) and defector from Publicis to Omnicom, I have a unique perspective on the meaning of what it means to win big at Cannes. In the room I write in, one old Lion acts as a very useful door stop. I don’t say this in arrogance, but in where my heart used to lie in the awards perspective, D&AD used to be the one to win. Through my 30-odd years in the business that balance has changed somewhat. It means a lot to be top dog amongst the top dogs, and Cannes is opening up into so many categories. The hardware is now open to so many more disciplines on so many different platform levels, there are ample opportunities to win what used to be a far more elusive Lion.

To me, the ‘Sorry, I Spent It on Myself’ for Harvey Nichols campaign by adam&eveDDB was head and shoulders above everything else at Cannes this year. I had to endure endless Facebook messages from two of my good friends and the creators of the campaign - Rick [Brim] and Dan [Fisher] – about the gobs of Grand Prixs, Golds, and so many other lions they won that I was certainly envious. In fact, I’m sure they set all the detectors off when they got back to Heathrow and had one raging hangover. They did it with a creative idea that went so much further than what we might call traditional advertising. Their idea created an entire product range that led to a Holiday campaign, and they tapped into one of human natures less endearing qualities — selfishness. This campaign shows that the future is still in craft, good writing, and good design, but above all, great thinking and creativity.