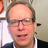 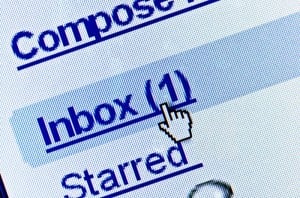 Way back on December 15, 2011, I published a post on our company’s blog, Reputation Forward: “35 Million Users Can’t Be Wrong: Email is Killing Us!” My goal was to get my inbox to zero over the coming months. People loved the idea, but thought I couldn’t do it. I feared they might be right. 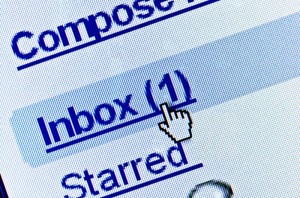 As 2011 wrapped up, and we rolled through 2012, my email problem actually got worse. My inbox numbers just kept climbing. Powering through 300 or 400 on a flight was no longer enough. I was seriously in danger of getting to the point of never catching up. Others told me they faced the same challenge.

I should note that I fastidiously made it through every email I received every day. Often, however, I barely had time to answer the essential notes while deciding which to save for the weekend or for later.

By mid-summer, my filtered inbox crept toward 900 despite several sessions dedicated to churning through — deleting, filing or responding to — as many as 600 in one setting. Then I stumbled across this article from The New York Times telling me that my earlier post might be prophetic: email REALLY might be killing us. That was it.

I realized that I was part of my problem. Engaging in a bit of online banter yielded a dozen emails. Unnecessarily responding to those who provided a definitive answer started a chain of replies. So I started to be a bit curt. No comment unless necessary.

It became my mission to take myself offline. Did I really need to send a given email? Could I walk down the hall or call instead? Could I wait until I had all the answers before starting a chain of correspondence? Uh, yes.

I asked people — particularly the worst offenders — to stop emailing me so often. I had to tell one person that I received more email from him than any other individual. He was shocked. I didn’t ask what his inbox might look like.

Texting became a more important tool in my communications quiver. It’s such an easy way to get a yes, no or call-me message across. And then it disappears. Magic.

In early September I boarded a plane for Dublin, Ireland, to attend a meeting of TAAN Worldwide;, an international association of independent communications agencies. That meant two long flights and several working days away from the office.

Miraculously, I got to zero. It felt great. I tweeted about it, posted on Facebook, wrote an update for Google+.

Then, a few weeks ago, I did another amazing thing. My wife and I rented a remote cabin in the woods, and I didn’t check email at all for two and a half days. It was fabulous. I felt more rested on Monday after that three-day, email-less weekend than I sometimes do after a week of vacation.

We have all heard it, but I have really realized that too much email isn’t just an annoyance. It’s a costly distraction that can seductively take your focus away from more critical matters. We treat it too much like a hobby and too little like an essential but impersonal communications tool.

I am not going back to hundreds in my inbox. Neither should you.