Are Social Media Stars the Next PR Pros? Scott Monty Makes the Leap to SHIFT

Public relations has moved beyond the press release as its primary activity. 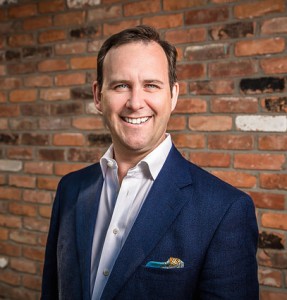 And it’s a challenging world for those who focus on earned opportunities — challenging because journalists are more focused on stories that drive social sharing (and page views), and getting cited by a prominent blogger can be more valuable than a coveted mention in a national newspaper.

While public relations is still important to the communications discipline, it’s become less about messaging and more about measurement. Brand lift and awareness isn’t enough for most CMOs. They need numbers — ones that translate into business results. 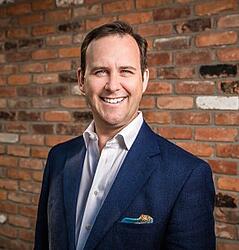 This change has spurred PR firms to expand their services, and it is even attracting those on the brand side as seen by Scott Monty who is joining SHIFT Communications as the executive vice president of strategy. Monty was the director of Ford Motor Company’s social media for almost six years. He left the company in May.

Historically a PR firm, SHIFT added digital and social to its offerings in the past few years. The addition of Monty will lend credibility to the agency’s work in digital communication, and he will provide guidance on the creation of integrated campaigns.

Monty is well known in the industry for initiatives such as revealing the new Escape model on Facebook in 2010 and using social influencers to promote the Fiesta Movement. Ford was one of the first brands to join Google+.

While rooted in social media, these campaigns led to huge boosts in press and online influence for a car brand — and an industry — in decline.

The PR discipline, which is historically rooted in propaganda and the manipulation of the masses, has noticed these campaigns and is finding a new place in the media mix by focusing on creating content people want to link to, share, and save.

The problem is most firms don’t have the talent they need to successfully transition into a more integrated firm — one that can build connections with analysts and create authentic connections with fans and followers.

“There will always be a role for interacting with influencers and journalists,” said Monty, commenting on the relevancy of public relations. “But building that into a well-rounded communications strategy for a client is important.”

He’s right that there is still a role, but brands are no longer beholden to the media to define the conversation. They are launching and growing their own media empires, hiring journalists to create high-quality editorial content, and giving consumers content and visuals to consume and share.

In addition, PR can’t always control the conversation. Online reviews, the pace of social media, and recorded customer calls make it difficult to control — or even monitor — a brand’s image.

The lines between owned and earned are continuing to blur, and the addition of Monty to SHIFT’s talent roster shows the agency’s understanding of changes in consumer information consumption. People no longer rely on a single source for their information. They have a more fluid approach, moving from branded content to product reviews to news sources — seamlessly.

While PR’s past was all about control and manipulation of the messaging, it’s future is in facilitating conversations and listening.

And that’s the realm where social media shines.