“Squeeze a tear” - Businesses Outshine the Hyper-rational Ones 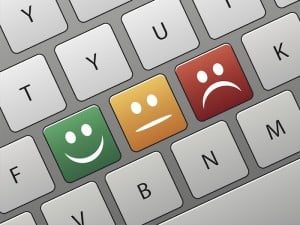 Every business field is flooded with emotions. This is the most recent finding of the marketing industry. Expressing your emotions is the trend nowadays, and like any trend, it brings a lot of money. 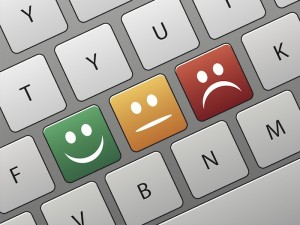 With the new developments in neuroscience and a shift in the economic judgment, the Homo Economicus era came to an end. All industries that wish to resist the market are trying hard to forget everything they learned during the last century about economic judgment and reinvent themselves by growing a soul — an affective apparatus strong enough to detect and adapt to the innermost emotions and feelings of their customers.

Until several years ago, the marketing departments were racing to come up with the most innovative method to anticipate the economic judgments that stood as the basis for their customers’ decisions. Nevertheless, recent findings show that this is a big waste of time. Even if most people are able to perform rational judgments, they don’t actually act on them. On the contrary, the key elements that shape the future of a business are emotions, feelings, instincts and mood. We eventually use our rational reasoning to build an “intelectual ability” that helps us argue with our rational self in favor of the emotional decisions already taken.

“Emotionomics. Winning Hearts and Minds” by Dan Hill is not the first book to talk about the importance of emotions in every business sector, but it is one of the most complete and well-structured writings, and that makes it a practical guide — not just mere exposure to cool ideas. It seems that we have reached an evolutionary stage where the emotional brain has a greater impact on our rational side than the other way around. Therefore, the easiest way to get into people’s minds is to learn how their emotional system works to trigger the desired reactions. Micro-expressions are involuntary facial expressions that last for a fraction of a second and often reveal the emotions that people show when faced with certain stimuli. They were first discovered by Haggard and Isaacs in 1966 and were later popularized by Malcom Gladwell in his best-seller “Blink.” Some highly innovative consultancy companies are studying in great detail these spontaneous and volatile manifestations of our emotions. One of the largest such companies is Sensory Logic, headed by Dan Hill himself, which works both for multinational clients around the world and for government bodies like the CIA.

This shift from rational judgment to emotional effusions can also be seen in product positioning. A beer bottle is not only a beer — it represents a veritable life experience, loaded with a suite of emotional states. A similar trend can be seen in the human resources field, where employees should be emotionally involved in the production process. It’s not enough to offer an attractive salary package and performance bonuses. A company that wants to grow loyal and efficient employees should try to seduce them and make them really love their jobs by making the whole work experience a pleasant one and stirring positive feelings towards the job itself.

Facial Action Coding System and Emoticonomics Matrix are some of the highly used tools in decoding emotions that “ensure a strategic approach on business matters, in a way that transcends the limits of pure reasoning,” according to Dan Hill. He considers emotions to be an exchange currency, just like the dollar. The emotional component of the value equation has been traditionally ignored because it is mostly irrational, hard to grasp and measure and it is usually a trouble-maker.

Most companies employ marketing strategies that build positive emotions and attachment towards their brands, relying on the human desire to be accepted, feel safe or simply loved. Fear, depression or despair, on the other hand, are equally strong emotions and states of mind with an even higher conversion rate, so there is no rational reason why marketers should not use them in their communication to increase sales. One Heineken ad that aims to raise awareness of the risks of drinking and driving is a good example of using negative emotions to persuade customers. The ad shows a beer bottle that spills over on the floor and a dog that licks the whole thing up. Next frame, we see that the dog was a blind man’s guide dog. The message goes like that: “If you drink and drive, you are a danger to others too.”

This focus on the consumers’ emotions and inner lives can only benefit large companies that want to strengthen their position on the market. Emotionomics. Winning hearts and minds is the perfect guide both for the marketing manager who wants to learn to survive in the emotions’ era and for the consumer who wants to be aware of the subtle mechanisms that lay behind his or her relationship with different products.

Read Part I of Ana's Series - "Homo Economicus: Chronicle of a Death Foretold"