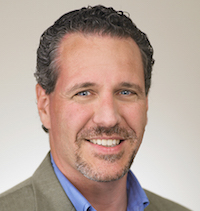 According to a recent The Wall Street Journal article, cable channels are paying upwards of $24 million to acquire the rights to high-grossing movies, recognizing that films have huge built-in audiences and high brand recognition because of the publicity generated when they were initially released in theaters.

This should make any network, streamer, producer, advertiser, or marketer pay attention, as it clarifies today’s viewing consumption habits.

Chuck Saftler, the COO at FX Networks, refers to this kind of content as a "lean-back, comfort food experience" where viewers get sucked by the “flypaper effect” -- which is no doubt why his network has leveraged this approach with great success. (Full disclosure: Saftler and I were college roommates.)

This article followed another piece in the same publication that discussed "The Interview," which was released online and downloaded or rented more than 2 million times within four days. Once again, a standard format, motion picture was the clear preference of the consumer.

It points to this simple fact: After a decade of speculating on changing consumer appetites on content, we simply haven't changed that much.

We've spent a long time trying to defend the idea that consumer preferences are changing to short-form content like the clips we view on YouTube. But the fact is, they are radically the same as they were nearly a century ago when motion pictures first became popular. And while consumers clearly have an appetite for short bursts of entertainment, they also continue to gravitate to long-form content that lets them kick back, rest up, and disconnect from real life. The Journal article gives a powerful example of this consumption habit. “The Hangover,” which has been shown 72 times on HBO and Cinemax, 46 times on TBS, and two times on TNT, attracted almost one million viewers when Comedy Central aired and promoted it last month. That’s strong flypaper.

This sameness occurs against the backdrop of changing distribution channels that, as it turns out, aren't revolutionary, but evolutionary. The performance of "The Interview" will be a closely watched, (unintended) experimental case study inside every movie studio worldwide. Executives are likely watching to discern whether direct-to-streaming releases can provide anywhere near the scale of revenue and residual dollars of the traditional distribution model that took a film from theater to pay TV to basic cable. Candidly, I'm betting on the old model for a while, with a slow evolution into streaming releases -- though we're now hearing that Ryan Gossling's poorly received directorial debut will begin à la “The Interview.”

At the same time, streaming sweetheart Netflix is adding seven new shows in 2015 to augment its foundational hits, "Orange is the New Black" and "House of Cards," which underscores its bet on premium original content. While this can be a huge money maker, it’s a much more expensive and higher risk approach than running movies, as only a small percentage of original shows last long enough to really pay off. According to The Journal, it’s not until the fourth season that these shows even make money. All of that said, the organizations that can develop winning original content clearly hold the power over the distributor model. Moreover, those that understand how to market in this context will hit the most consumers and sell the most products.

So, what does all of this mean to those of us in the advertising world? I expect a future advertising model around streamed content will look a lot like advertising did at the outset of the television era: complete programs brought to viewers by a single sponsor with some embedded product placements. Additionally, there will be a continuation of traditional 15-second spots as program intros and outros.

However, it’s incumbent on advertisers to force this model because networks like HBO and streamers like Netflix (which I argue are the dominant future properties and will coalesce as custom content providers) are going to continue with subscription-only revenue models. Advertisers have to point out that increasing content costs and the ability of pipe owners, like Comcast, to affect the economic model will result in the need for new revenue streams. And sponsored and embedded advertising will be keys to the kingdom. Because, at the end of the day, whether it’s streamed or customer delivered, what we’re learning is that the post-TV era looks a lot like the golden age of television.

Dads in Advertising: 10 Commercials That Challenge the ‘Doofus Dad’ Stereotype