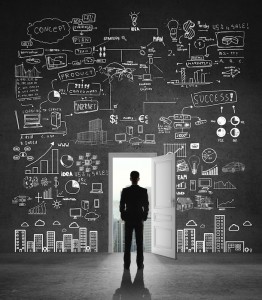 It’s strange to note when people think about this issue. They can go for years without any serious consideration of what will happen next, and then some event triggers a reflective journey on what the future holds. Just like certain parts of the world where “peace breaks out,” so too our normal routines occasionally yield to some thought about the future. 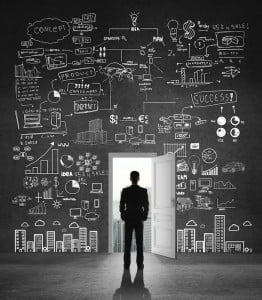 Since I get many such questions in our consulting practice, it seems appropriate to ask: What are your transition options?

Why We Ignore This

It’s actually quite rare to get people to think much about the next stage in their lives. In working with hundreds of principals, I’ve found a mix of the following four traits that seem to encourage a “heads down” approach to the future:

Besides these four things, you might also be telling yourself a fifth thing: “I’ll sell it some day. Yes, I know I’m not setting aside all I should, but if I keep doing good work, it’ll pay off.” The odds are actually 0.24% that you will, statistically, based on 20 years of doing this. When you hit that motherlode, you hit it big, but the odds aren't in your favor.

When We Face This

Just as there are patterns to why we ignore this, there are also patterns to when we face it. Significantly obese patients aren’t going to take weight loss seriously unless something happens, and it usually takes something out of the ordinary to help you look up and out.

You can still be optimistic in tough times, but it’s tougher to be blindly optimistic. For one thing, it’s tougher to believe that more of the same will get you somewhere. For another, it’s more obvious that you shouldn’t count on selling your firm.

There’s nothing like a major five- or 10-year commitment to give you pause. There is no other commitment related to your business that locks you in like a long-term lease. Employees can be dismissed, equipment can be sold, and accounts can be won and lost. But a lease — especially if you guarantee it personally — forces the issue.

If your firm isn’t structured properly, you’ll be solving the same problems every morning. It’ll be like running a business for 11 years, for example, but repeating that first year 11 different times. At some point you might realize that you aren’t making the kind of progress you could, and you wonder where all this is leading.

If you are subsidizing clients or employees, you’ll eventually tire of it. Yes, you need to put the child’s oxygen mask on first, as they instruct you in the airline safety talks, but you have to put your own on, too. Are you making more money than anyone else at your firm? Are clients eating into your personal time? Maybe some things need to be fixed. Maybe you’ll never get chocolate cake if you keep using a vanilla cake recipe.

You need more than a job. You need an investment that pays off because every month you spend working for yourself could easily represent a month down the road when what you did now makes an enormous difference.

What Do You Want

Before you think too much about the options you have, be honest with yourself, and decide what you want. Only then will you be able to make good choices about the transition options that might meet those goals. As an interesting exercise, write these out, and then number them, from most to least important:

Do you want to settle up and move on? There are quick ways to cash out (close the business) and ways to maximize the process (sell to a larger entity), but in the end, is the cash really what you want, if only because it’ll help you pay for what you want to do next? Be very honest with yourself, even if it’s not politically correct.

Do you want your firm to outlast you, preferably with your name still part of the company? It seems a little difficult to reconcile this with the realities of running a small service business, but it can be a legitimate goal, however illusive it may be.

Do you feel a responsibility to your employees after you scale back your involvement at the firm? Sometimes this is expressed through the purchase of a large insurance policy, the proceeds of which will be used to fund ongoing operations (albeit without a leader, which does not bode well for the long-term viability of your firm). Sometimes this desire to care for your employees is little more than the extension of the mothering they’ve been showered with during their tenure as employees, when in fact they are quite capable of finding work on their own — or should be, anyway.

Nobody wants to see a statue of themselves taken down, and many of us run our business like they are statues. We name them after ourselves, take the most prominent position at the firm, and orient the roles in a way that feeds what we want from a business. In some cases, that desire to erect a monument is so strong that the principal cannot easily face the prospect of “closing” a business, even if it’s for very appropriate reasons.

Once you have articulated this decision-making process, you'll have a guide to inform your later decisions.

Above we talked about what triggers internal discussions of your options. But when should you begin thinking about them? In some cases the timing is out of your hands. An example of this might be an offer from a larger firm, which obviously might get you thinking about a transition that otherwise would not have surfaced on its own.

In other cases the timing is entirely up to you. Transitioning ownership of your firm to a key employee is far more in your control, and it’s these situations where timing is critical. On the one hand, you cannot start so early that the incoming majority owner does not get a chance to spread his or her own wings because you are lingering at the helm. On the other hand, you cannot wait so long that you don’t have the energy to be a contributing owner during any necessary transition. And some transition is surely necessary.

All this means that it takes about three months to close down a firm, about four to 11 months to effect an acquisition, and about two to three years to transition a firm to an internal ownership group. We’ll walk through the options more specifically below.

The best thing you could do now is to prepare for the future without chasing it. First, manage your firm as if you are going to sell it. Even if it never happens you’ll enjoy the fruits of owning a well-managed firm with lots of money. Better yet, you’ll be less likely to encounter difficult times and walk away from it or face the less desirable choices. Second, don’t count on such a sale financially. Rather, assume you’ll get nothing for your firm, and put the pressure on yourself to take enough money out so that you won’t require a sale.