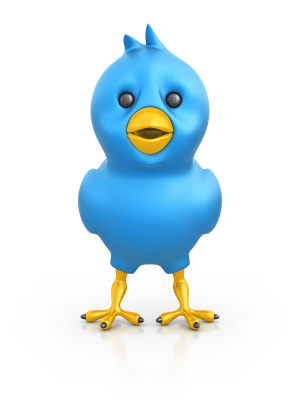 Although a recent study  industry indicates that the vast majority of marketers have embraced the idea of using Twitter as a marketing tool, there are still plenty of skeptics who are uncertain about whether or not this channel holds any real business value for them.

Perhaps the following 10 Essential Twitter Facts will help to clarify the scale, impact, and potential value of engaging on this particular platform.

1. There are 75 Million Twitter users worldwide.
Compared to Facebook's staggering 600 Million users, this might seem like small potatoes, but considering Twitter's undisputable ability to quickly disseminate information and activate participation on a global scale, we'd best not underestimate the power of that relatively smaller user base.

2. Collectively, Twitter's active user base generates 140 Million "tweets" per day.
By itself, this volume of conversation is mind-blowing. What's even more incredible is the massive spike in tweets that follows a global news incident, like the recent disaster in Japan.

3. Roughly 7% of Americans are currently using Twitter.
Again, compared to Facebook's adoption rate of roughly 50% in the US, Twitter is still in mainstream adoption infancy. But with 460,000 new accounts being added daily and a 182% spike in mobile users over the past year , it's clear that Twitter's growth chart is heading up and to the right.

9. 67% of Twitter users are more likely to buy brands that they "follow".
Whether interaction on Twitter is the cause of this greater allegiance or not is unclear—but it certainly seems that extra Twitter love doesn't hurt.

10. Companies that use Twitter average 2x more leads per month than those that do not.
This, perhaps, is the most compelling reason of all to invest some time on Twitter—particularly if your target customer is educated, affluent, and tends to be an early adopter.

In case you'd like to share these stats with your boss, colleagues, or clients, we've pulled them together into a downloadable PDF file below. All data sources on the page 12.