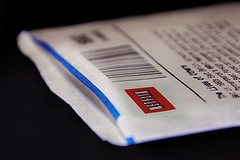 This week, video distribution company Netflix announced its first quarter earning . With the announcement came an important milestone for the company: Netflix now has more paying subscribers than Comcast, the largest cable television provider in the United States. How did a company that sent DVDs in the mail become one of the largest media distribution companies in the world? Looking at Netflix's growth, we drew five valuable lessons for marketers.

Marketing Takeaway:
In a world of inbound marketing, it is important to create this same type of distribution ubiquity with marketing content. For example, is your website usable on a smart phone? Prospects want to interact with your business in different ways so it is critical you provide these opportunities.

2. Market a Minimum Viable Product - Netflix was a DVD-by-mail business until it made the bold decision to start streaming video content. However, when the Netflix started its streaming service, it wasn't full of the same content that was available via mail. Instead, it was only a small portion of its content, but that didn't stop the company from actively promoting it to new and existing users.

Marketing Takeaway:
It is easy to drop an idea or a campaign because it isn't "ready." Netflix has taught us that "ready," really, never happens: many people are still not satisfied with the content available through their streaming video service. However, this hasn't stopped Netflix from meeting and exceeding its goals as a company.  Marketers should follow Netflix's example and release ideas early and continue to improve upon them overtime.

3. Give Prospects What They Don't Know They Want - When Netflix began streaming videos, their DVD-by-mail business was thriving and most customers were happy to wait a day or two to get their next DVD. With streaming content, Netflix reset customer expectations and solved a problem that customers didn't even realize they had. By launching streaming before huge customer demand emerged, Netflix was able to focus on how they wanted to solve the problem versus directly addressing customer complaints.

Marketing Takeaway:
Marketers spend a lot of time and money trying to figure out what potential customers want. Often times, what is best for your business and for your customers isn't even on their radar. In a crowded social Web, sometimes marketers must be the genesis of an idea and sell and distribute it to prospects.

4. Quickly Abandon Dying Platforms - What would Netflix's business look like today if they were still only mailing DVDs? Netflix understood that usage and adoption of DVDs would gradually decline and worked aggressively to increase adoption of streaming video.

Marketing Takeaway:
Not all forms of marketing remain effective. As a marketer, you need to have clear analytics and return on investment metrics for both outbound and inbound marketing strategies. Once you can predict a prolonged decrease in results, consider reallocating marketing budget to other tactics that are increasing in value and adoption.

5. Publish and Distribute - Recently, Netflix made an interesting announcement. The company funded the production of a new show called "House of Cards," featuring Kevin Spacey. This move marked a major transition for the company - it took them from a mere content distribution company to a business that creates and distributes video content. This move puts Netflix in direct competition with companies like HBO and Showtime.

Marketing Takeaway:
Value lies in vertical integration. The way Netflix is now in competition with HBO and Showtime, every business should consider itself in direct competition with their industry's leading trade magazine. The Internet has democratized publishing. Marketers need to develop a strategy for creating content related to their business and industry as well as building reach through blog subscribers, social media and email lists. Leverage this reach and content and act as a vertically-integrated pubisher for your industry.