Four Technologies that are about to change the world

All four of these technologies have had major breakthroughs in the past year. Whether you are doing a startup or working in an established company, they all will change your business and provide new opportunities.   Below I introduce the technologies and explain their implications for business.

Back in 2001 I stumbled upon an Atlantic Monthly article promising a future flying utopia. The traveler of tomorrow drives to an airport only ten miles away and parks right outside the terminal. In minutes she obtains her boarding pass and breezes through security. Moments after she sits down in the plane, the plane taxis down the runway and takes off.

This level of efficiency seemed like magic, but the article said that the development of tiny, inexpensive jets could make it possible. The United States has thousands of airports that are too small and have runways too short to support commercial jetliners. Most cannot even support the typical commuter jet. But they can support a six-seater air taxi. The sheer number of these small airports means there is likely to be one close to you. Furthermore, the small flight size and low number of passengers means efficient ticketing, less onerous security, and no hassling with checked luggage. 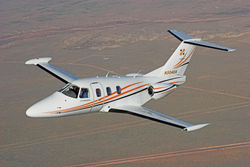 In 2007 the technological ground work has been laid and the first air taxi company is taking to the skies. The jet that makes this possible is the Eclipse 500, now available for the low price of only $1.5 million. The second enabler is the development of incredibly complex logistics software that makes flights with four passengers profitable.

DayJet will open the first air taxi service this summer, serving six cities in Florida. This is a business to watch. There are already competitors sprouting up, and if successful, the model could spread across the country very quickly.

The immediate change will be that short range business flying will become far more pleasant. But the most important thing to watch might be the economics of location. For instance, land values near small airports might increase relative to land value near big cities. It's a lot more convenient to live in the exburbs outside the suburbs if you can get to an airport in ten minutes. Also watch for locations that might make wonderful tourist destinations or business conference centers, but that have not been developed due to lack of airport access. These properties may become hot.

The paperless office never happened. Studies show that use of email in an organization actually increases paper consumption by 40%. Meanwhile, there is an unfathomable amount of information on the web, but the highest quality information is still in books. Most of these books are still printed on dead trees and are not available online.

People do not like to read online. The glare of the monitor strains our eyes. Even a laptop is too bulky to curl up with or read on the bus.

E-Ink promises to change this. Like a computer monitor, E-Ink can display digital content such as a web page or PDF. Unlike a monitor, e-ink does not produce light, but reflects it. That means looking at it is just like looking at paper. There is no glare. 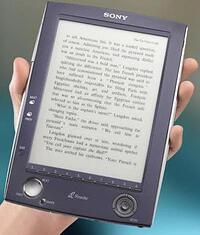 The Sony Reader is the first product out that uses E-Ink. Unfortunately, the product is crippled by onerous digital rights management, a clumsy interface, poor integration with the web, and a high price tag.  Blogger Robert Scobleizer tortured us with a report that Apple was releasing the iReader with a near perfect design - only to reveal it as an April Fool's joke.  But though it might not exist yet, it will very soon.

The price will come down, the design will improve, and web sites like Amazon will start supporting ebooks in mass. It will become far more efficient to store a thousand ebooks on your E-Ink reader than to build a huge library of paper books. And there will be no need to print out that report when you can just send it to your reader.

The magazine and newspaper industries are already struggling. Widespread adoption of E-Ink will kill the printed versions. For entrepreneurs this is an opportunity. There is still tens of billions more being spent on advertising in the print version of newspapers and magazines than in the online versions. These advertising dollars will be looking for a place to go. This means increased demand for advertising networks, analytics, API's, and demographic and behavioral targeting.

Is news from the war in Iraq depressing you? Here's a graph that will cheer you up. This is the price of solar power in Japan over the last 15 years: 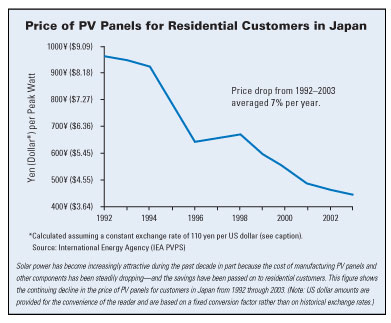 (source)
When it comes to oil, we hear a lot about vicious cycles of violence in the Middle East. It's about time we finally have a virtuous cycle. As solar power gets cheaper, more people buy it. The more people buy it, the greater the economy of scale, and the cheaper it gets. The result is an average price drop of 7% a year.

In addition to these incremental gains, venture capitalists have poured in the investment over the past few years. In the past few months I have come across articles on a new dye that imitates photosynthesis, a strip of solar film that can power a cell phone, and a new cell desig n that doubles efficiency.

While any one of these advances might be mostly hype, there is so much research going on that some advance probably will succeed. I would bet my hat that in ten years it will be cheaper to get electricity from the sun than from oil.

Solar power has one awesome property that may be even better than the environmental and geopolitical benefits. With fossil fuel based technologies, the improvement in extraction technology has always been balanced by the increasing difficulty of finding and exploiting more resources. With solar power, the better the technology, the cheaper it gets. There is no reason that once it reaches the same price as fossil fuels it won't continue to fall further and further in price. This cheap power could make many other technologies that today require too much power - such as the desalinization of seawater - become economical.

Three years ago the book " On Intelligence " provided both a wonderful synthesis of the latest brain science and a wake up call to Artificial Intelligence researchers. The author, Jeff Hawkins, was the former founder of Palm Computing. He invested his startup fortune in both creating a neurology institute and creating a startup to develop machine intelligence.

Hawkins claimed that Robots today are ineffective at anything beyond the most basic of tasks, because they operate in a way entirely different than the human brain. Imagine if every time you shot a basketball you had to take in account the exact position of every body part and the exact strength of every muscle fiber in your arms and hands. The calculation would take forever. And then, if you move just a little or your arm fatigues, all of your calculations are off and you have to start them over all over again. This is how our current robots do it - and it's why they are so ineffective at anything outside of highly controlled situations.

Hawkins proposed that we should model machine intelligence on human intelligence. Shooting a basketball does not involve calculations, it involves a memory of patterns. When learning to shoot a basketball for instance, first you have to learn the basic mechanics of shooting. Once you have committed that pattern to muscle memory, you do not think about it. But you then reuse that basic pattern to new patterns, such as a jump shot or a slam dunk.

At first, the most effective products will be better data mining and classification tools. But the potential of better machine intelligence is mind boggling. The beauty of mind is that it can adapt to understand a huge variety of patterns - from basketball to physics. The right machine intelligence platform can be used for everything from language translation to cars that drive themselves.

Artificial Intelligence has already gone through a couple of hype cycles, and this may be another. But signs point to this cycle being better. We know far more about the brain than ever before, and we are getting much better at applying it. Just this year AnyBots company developed the first robot that actually walks like a human . And with the continuing improvement of computing technology, the processing power and memory of our super computers are at last reaching that of the human brain.

I liken the state of machine intelligence to the state of the Internet in 1990. Some very cool stuff is going on, but it's still a ways from widespread commercial use. But watch this space very closely. Those that can get in on it in the equivalent of 1994, rather than 1999, can make a lot of money.