4 Tips for Harnessing the Awesome Power of Guest Blogging 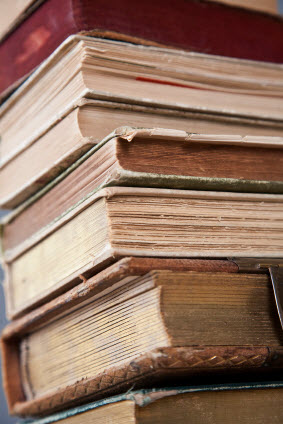 On June 21, Brad Coffey wrote a guest blog post on HubSpot founder Dharmesh Shah’s blog, OnStartups.com . Within a day, the article had 446 tweets, 18,000 visits, 35 comments, and was reposted on the CNNMoney blog . And those numbers have increased since – proof again that blogs have lasting power.

So who is Brad Coffey , and why all the interest?

That’s the point. While Brad is a wonderful guy (more on him later), he’s not that different from the thousands of other business people who blog or tweet. He doesn’t have a following per se like the Seth Godins and Chris Brogans of the world. He is well respected within his company and the people he deals with regularly. Like I said: just a normal businessperson. If he can get this kind of awesome response from one guest blog post, so can you.

Let’s dissect what he did right.

Every business person has a network, and it is one or several degrees of separation from those who maintain blogs with influence , and those who don't. In the case of Brad, he works at HubSpot as the director of strategy and operations where he works for HubSpot Chief Technology Officer and Co-Founder Dharmesh Shah, whose blog is the popular OnStartups.com. That’s a close connection – and probably more the exception than the rule. But keep in mind, Dharmesh accepted his blog post because of its thematic connection to OnStartups.com and its obvious interest to his readers, not just because they were connected professionally.

Takeaway: Use your network to find access to the blog’s editorial decision maker(s), and make sure your pitch relates to that blog’s audience.

2. Make it personal, not self-centered.

It’s been said a million times – write about what you know. Brad clearly understands the VC world and has direct knowledge about how Google Ventures works. What makes this post feel completely authentic and original in thought is that Brad personalizes his experience with Google Ventures without ever promoting his own company. In the process, HubSpot indirectly gets plenty of coverage by being an integral part of the story.

There have been so many times when I've gotten proposals for guest blog posts that seem so self-serving. It’s all about how great the author and his/her company are – not about valuable information for our readers. As a result, I have to play the heavy by turning down their submissions. Not fun.

Takeaway: When it comes to accepting guest posts, blogs want a unique voice, expertise, and originality. Readers generally appreciate advice from someone who has personal and practical experience in the subject matter but hate blatant sales pitches. Make sure the guest blog post you're pitching is about the readers, not you.

If everyone agreed with everything written in blogs, the blogging landscape would be a pretty bland. Brad’s post asks the question of whether Google Ventures is disrupting venture capital. He poses a question that some could easily disagree with, especially those who don’t want to see the current venture capital world disrupted. Blog managers want their guest authors to educate, offer a new perspective, and challenge their readership because it often generates comments and intelligent discussion, which is something all blogs hope to achieve with every post. In the case of Brad, his post caught the attention of CNN Money and resulted in its syndication on money.cnn.com . And that's a pretty awesome win for both Brad and OnStartups.com.

Takeaway: Don’t be afraid to create a bit of controversy, but make sure your argument is based on facts and personal experience. The goal of a blog is to create buzz based on solid and useful content, not to create controversy just for controversy's sake.

There is nothing worse than reading a blog post that talks down to you. Readers come with varying degrees of knowledge, and they choose which articles they read (in blogs, in the news, etc.) based on how well their skill level matches with the writing and thought level of the article. Brad’s post wrote at a level that would be interesting to people familiar with venture capital, not to those who have never heard of it. That was appropriate because the readership of OnStartups.com is an educated one that has a built-in interest in funding for startups. But also keep in mind that Brad did not use obscure words or management-speak. He wrote in clear English that people could understand. Easily.

Takeaway: Write at the level that is best for the blog’s audience – not for everyone – and limit your use of jargon.

If you do it right and you get your post accepted by another blog, here are some advantages you can enjoy.

1. Exposure beyond your normal readership.

2. Inbound links from the blog to your website for SEO juice.

3. A relationship with the blog and a chance they may want to reciprocate by writing a guest post on your blog.

4. Public relations pick-up from other blogs and news media.

Everything You Need to Know about Guest Blogging