How to Deal With Negative Comments on Social Media [+ Examples]

While brand-bashing is nothing new, the internet and social media platforms make the comments from these meanies even more lasting and impressionable. 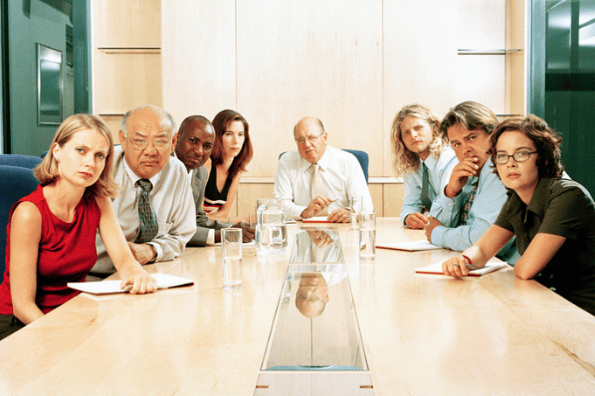 And because some social networks like Yelp and Twitter make it easy for people to set up fake profiles, the anonymity that people can achieve on the internet makes some more comfortable with losing all sense of decency, respect, and good manners.

So what's the best way to deal with the negative comments that crop up from time to time? Let’s find out.

How to Deal with Negative Comments on Social Media

Let’s discuss these strategies in detail.

Don't delay. Don't let negative comments linger. The more time you let them go unanswered, the more time others have to see that someone has complained and you haven't responded.

Responding quickly will show the naysayer you're listening, and you care. It will also alert others of your dedication to your community members.

If someone is complaining about your products, services, or anything else, say you're sorry. It doesn't matter if their complaint is warranted or not; you're better off taking the "customer is always right" approach.

It doesn't make sense to get in a public cage match over just one complaint, and others will respect you for apologizing upfront. If the person you're dealing with is complaining over something silly, others will realize that, too, and won't think anything of it.

React publicly first, then take it privately. For example, if someone is being particularly difficult, take your communication with them to a private channel.

First respond publicly, whether it's via a tweet or a comment on their Facebook wall post, and then send them a private message so you can chat with them over email or the phone, explaining to them you'd like to discuss the matter in a way that offers them a more personal experience.

This way, you give them the attention they're vying for without making your interaction public for all to see.

Treat complaints as constructive criticism or feedback. Sometimes that's all they are. People want to be heard, and they want to know they've been heard.

So after you've apologized for their unsatisfactory experience, let them know their feedback is appreciated and that you'll seriously consider their suggestions for improvement.

Then actually follow through. Send their feedback to your product team or the appropriate person within your organization. By responding to negative feedback, you can turn angry customers into happy, loyal ambassadors.

If the comment you're dealing with is blatantly offensive and lacks context, tell the commenter you're sorry they feel the way they do and ask them how you can help make the situation better.

Then, one of two things will happen: They'll reply with something you can actionably deal with, or they'll be so taken aback that you replied and have nothing more to say. Either way, you'll have responded tactfully.

There are some times when it’s fine to delete negative comments. For example, if they use offensive language or are commenting off-point, there’s no danger in deleting the comments.

However, if they have genuine complaints, deleting their comments is a huge mistake. Those with legitimate complaints can be incensed by your censoring, and remember, current and potential customers are also watching. If you delete their comments, it’ll look like you’re hiding something which isn't good for your brand.

Some people make noise just for the sake of making noise. They're attention-seekers, and they just want to stir up some controversy.

It's important to decide what's worth responding to. Does this person have a following? Are other people responding to what they’re saying? It's essential to keep these people on your radar and monitor what they're saying, but it might not always be worth engaging with them.


Here’s what each type means and tips on how to handle them.

These are the most common negative comments you’ll receive and the most important of the four. As the name indicates, these comments are from customers that have problems using your product or service.

How to respond to complaints:

You should respond swiftly to all customer complaints. Apologize for any inconvenience, verify the problem, and offer customers a solution.

Trolls are the bane of social media, especially Facebook and Twitter. These people (or robots?) just want attention and cause problems for you. Their outrageous comments are oftentimes untrue and intend to get other people riled up. This, in turn, detracts from your social media posts and redirects attention onto themselves and their ridiculous comments. Unfortunately, they aren’t genuine customers with real complaints and are pretty annoying.

How to deal with trolls:

Engaging them might be your first reaction, but that’s exactly what they want. So, once trolling has been identified, ignore the comments altogether.

Comments that contain profanity and offensive language fall into this category. This goes a bit further than trolling – malicious comments are mean and insulting and may attack your brand or the character of your staff or leadership. The intent of malicious comments is to inflict emotional distress on your team.

How to deal with malicious comments:

Have clear rules of engagement and enforce these rules. For example, you can have a “no profanity” rule and enforce it by deleting any comments that contain them. Repeat offenders can be reported and blocked.

These comments harass or threaten your social media team, leadership, or staff. They may even target customers and other followers of your social media accounts. Threatening comments are typically violent in nature — physically, emotionally, or otherwise.

How to deal with threatening comments:

Snappy Responses Wins The Battle, But Kindness Wins The War

It may feel good in the moment to make a snarky comeback and put a troll or negative person in their place. But the majority of the time, it's just not worth it to respond.

You can stay on top of negative comments on your social media pages by using the tips we’ve provided in this post. You can also create a social media crisis management plan to help you turn nasty comments into positive PR.

Editor's note: This post was originally published in July 2011 and has been updated for comprehensiveness.

A template for organizing and documenting your social monitoring strategy.