How the Evolution of PR Mingles With Content Marketing 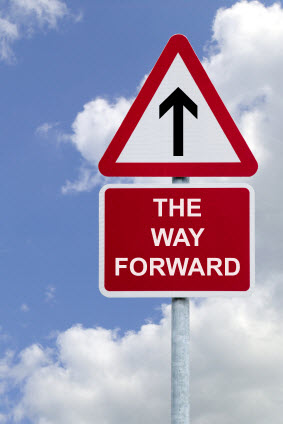 This is a guest blog post by Rebecca Lieb , a digital marketing consultant specializing in content marketing and SEO as well as a sought-after speaker, writer, and author. Her next book, Content Marketing , will be published by Pearson in September.

In a way, PR is one of the original forms of content marketing. Public relations professionals do plenty of things, of course: publicity, reputation management, and media relations, to name but a few. But the heart and soul of PR has always been planting stories in the media: in newspapers, magazines, on television and radio. With the exception of "the exclusive," the primary tool in the arsenal for planting stories has traditionally been the press release, a brief, persuasive, one or two page document intended to persuade its journalist recipients that a certain topic is worth their time, attention, and coverage.

But press releases don't work that way anymore . They're no longer a private, one-to-one communications channel (once upon a time, releases were mailed, and later faxed, to newsrooms). In today's age, press releases are distributed via wire services -- wire services that are immediately picked up by all the major news services including Google, Yahoo, AOL News, and Bing. In other words, the second a press release is actually released , the PR practitioner has broken his or her own story. It's hard to persuade people in the news business to pick up "news" once the story is already "out there."

So while PR practitioners were once exclusively in the business of influencing the media (and they still are), they (like all other content marketers) are themselves the media. Moreover, they interface and target a media landscape that's grown far beyond traditional press and broadcasts outlets.

Yet, fundamentals remain the same. PR professionals are good at helping to shape and to spread stories, and content marketing is, as we've seen, very much about stories. In a digital landscape, this necessitates not only finding and shaping stories, but also determining how they are told, through which channels, and to whom.

An effective press release isn't dead in the context of content marketing. Instead, it's optimized for a variety of different target audiences as well as for search engines. Given that once a release crosses the wire, it's "out there" for anyone to find (not just journalists), keyword research has become an essential component of optimizing press releases for search. Once you decide on two or three relevant search terms, these terms should be incorporated into the headline and opening paragraph of the release. It's become increasingly important for press releases to contain links to video, photos, executive bios, a company or product web site -- anything that will expand upon and enrich the story.

Find the Influencers (Not Necessarily the Journalists)

End-users, potential buyers, or clients can now be the target of your press release. In bygone days, that target was limited to the press. Where PR pros used to jealously maintain, guard, and update media lists, their who's-covering-what-beat Rolodex of who to reach out to place stories, the challenge now is to target influencers . Influencers can be bloggers or others with a significant social media following who are talking online about the issues, products, or services that fit with whatever a PR professional is working to publicize. And unlike the mainstream media, these essential targets are not necessarily versed or experienced in dealing with PR pros.

This lays out a new set of challenges:

How are you adapting to the changing nature of public relations ?

I hope you’ll join us for our free webinar on Thursday, July 28, when we’ll discuss these concepts in greater details, as well as flesh them out with case studies.

Should You Pay a PR Firm? [+PR Tactics You Can Manage In-House]