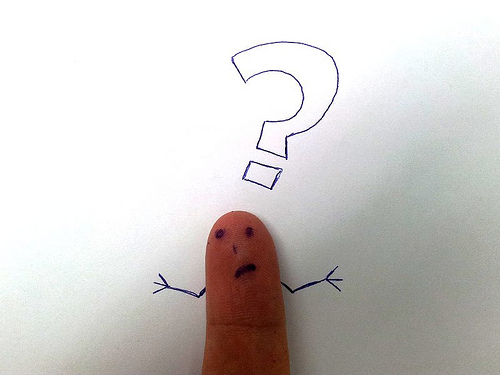 I was perusing Marketing Pilgrim this morning, and what did I find? A little article about some new Facebook rollout.

Oooh! Maybe we should newsjack this?

Oh no, my friends. The time for newsjacking is premature, it seems, because Facebook hasn't actually released any news yet. Except for, well, the fact that they're going to be releasing some news in the future. On January 15th, to be exact. In fact, they've already started inviting press to cover the event (my invite must have gotten lost in the mail).

So, it got me thinking ... just what is this new "thing" that Facebook is revealing? Is it a new feature? A new product or service? An acquisition? It got a lot of us here at HubSpot debating, so I thought I'd share some predictions (some silly, some serious) about what it could be. I hope you'll share your own in the comments, too!

When I asked colleagues about this announcement, the first response I got was that there's been a ton of buzz on the internet about Facebook releasing its own smartphone (or maybe a landline?). Facebook has received a lot of negative feedback over its poor mobile usability -- from consumers and advertisers alike -- but they have been taking strides to improve it. For example, consumers recently got a "Share" button so they can share another friend's update on their mobile devices just like they would on a desktop. And advertisers have received mobile-only ad targeting, allowing targeting for users only when they're using Facebook from, well, a mobile device.

Since Facebook and the mobile world need to get closer and closer together, it's certainly a possibility, but I think most people are agreeing that Facebook releasing its own smartphone isn't too likely for the 15th, considering Zuckerberg himself denied it in July of 2012. But hey, that was over five months ago ... that's a long time in internet years.

Because of public appeal, Facebook has invested millions of dollars and thousands of engineering man hours into the enhancement of its 'Poke' feature. On January 15th, users will be able to not only poke, but also pinch, flick, stroke, trip, slap, punch, or tickle a friend. Businesses will be able to do this to page fans, too.

If you recall (I didn't, until I read some news over at ITWire), during its IPO, Facebook identified gaming company Zynga as a bit of a weak point. Since they've been trying to separate from one another, it's possible Facebook will announce that its built its own gaming platform on January 15th. A gaming platform would be one more way for Facebook to earn even more revenue, on top of their growing ad network.

Facebook's been working on building an actual robot, available for purchase, that will follow you around and speak your status updates to you. This eliminates the need for people to spend all day scrolling through their Facebook News Feed to stay up to date on what their friends are posting. For a small monthly fee, robots will display the user's profile picture on its face.

If you'd like to stalk someone, simply speak the name of the friend to the robot, who will tell you what they're doing, where they're going, and who they've been talking to. If you have a private message, the robot will tap you on the shoulder and lean in for a whisper.

Facebook's release of Timeline last year was the talk of the town -- some people loved it, some hated it (probably more than "some," but consumers are always up in arms about Facebook's changes), but all of us probably have a couple pieces of feedback on the layout. It's plausible, and many are chattering about this, that Facebook is announcing another redesign. It's pretty unlikely a redesign would do away with Timeline; you might notice other social networks like Twitter and LinkedIn have adopted the horizontal cover photo because it is actually pretty sweet. Many are speculating it will do away with the two-column update layout we have on our current profiles and pages, and instead will replace one side with more tools and widgets.

There's also a possibility, however, that Facebook really will scrap the whole Timeline design and launch something totally out of left-field. After all, they've never been ones to fear experimentation and disruption.

While its trademark blue has gotten them far, Facebook's an agile, forward-thinking company. They know when it's time to experiment, and embrace change. That's why, on January 15th, 2013, Mark Zuckerberg will announce that their social network will now be sporting a soft shade of baby pink in lieu of the blue we've all become accustomed to. To promote the new skin, Zuckerberg will also be trading in his bluish grayish hoodies for more of a pinkish purplish hue.

Ooooh, am I being silly or serious? A little bit of both, I suppose. Facebook has a ridiculous amount of intelligence about its users: music taste, favorite movies, hobbies, profession, education, location, sexual orientation, relationship status. Why not build the option for users to opt in to a paid dating site, bringing over their information from their profiles, and suggesting matches for one another based on that intelligence? Hey, it's not the most far-fetched idea to solve Facebook's monetization problems.

It would be foolish to think Mark Zuckerberg could run his Facebook empire forever. And it turns out he's found new adventures to pursue, and as a result, has named his lovable dog Beast as his successor. He's supremely qualified for the role, as he's been maintaining his own Facebook page for several years now, and has amassed over 1.3 million Likes. 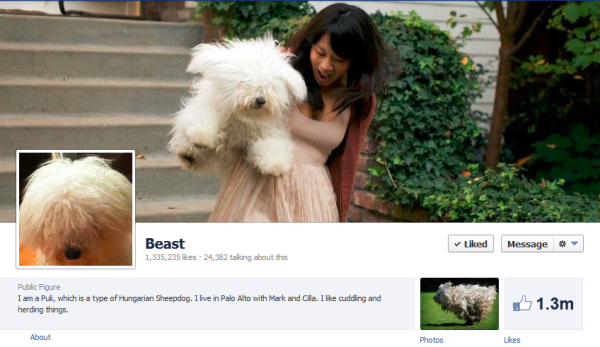 In a surprise twist in the M&A world, Facebook has purchased Google for eleventeen billion dollars. Facebook acknowledged the need for a better search function, which Google's nailed pretty well with their search algorithm, and Google acknowledged they were in over their head with Google+, and that it really isn't that different from Facebook at all.

It is true that Facebook's in need of a more robust, more accurate search function. In fact, this is what many of my colleagues settled on as a possible announcement on January 15th -- perhaps not Google integration into Facebook's search function, but a brand spankin'-new search function built by Facebook. If Facebook could truly nail social search, perhaps by using social signals such as Likes, shares, or even user and business tags, it would present a great opportunity for marketers who can figure out and nail SEO for Facebook.

What do you think Facebook's big announcement will be on January 15th? Do you think it will impact business, consumers, or both?