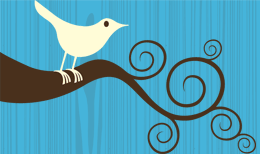 "We are noticing more companies using Twitter and individuals following them. We can identify ways to make this experience even more valuable and charge for commercial accounts," he told the  UK marketing magazine, Marketing .

More and more companies are using Twitter . It's helping them listen to their market, find new customers and build their relationships with existing customers.

In its current form, Twitter is a very basic tool where a lot of the value is created by third-party applications.

With some additional features, many businesses would find Twitter itself well-worth paying for.

Here are some of the features I think would be most useful:

Tweet Popularity -- Businesses should be able to see data related to engagement and use of each of their Tweets. Twitter should offer a list of tweets, sortable by the number of times they've been favorited and retweeted -- as well as by the number of times links in their tweets have been clicked. Flickr's stats program ($25/year) is great for this kind of data. It's a good model for Twitter.

Referral Analytics -- When you see Twitter in  marketing analytics software packages, Twitter referrals are usually listed as "twitter.com". Sometimes you can see the specific Twitter users that referred the traffic (eg  twitter.com/rickburnes ), but not always. Anything Twitter can do to enable more consistent user-level tracking would add significant value for business users.

Follower Analysis -- Twitter should offer businesses a simple graph of their follower count over time. Tweets should be an optional overlay. This would allow account holders to see which of their Tweets corresponded to growth in followers.

Influence Analysis -- Twitter should show users which of their followers have the most influence on Twitter. We do a lot of this on  Twitter Grader , but there's a lot that could added within Twitter.

Retweet or Meme Tracking -- Twitter should provide tools to track conversations that a user started or participated in.

Buzz Analysis -- How many times has your company been mentioned in Twitter over the last month? Over the last year? How about each of your products? Or your CEO? Your CEO's nickname? Robust tools that help answer these questions would be fantastic.

What would you add to this list? Add your suggestions to the comments, and I'll update this list.