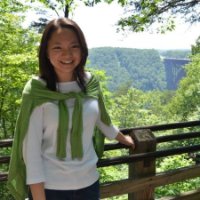 A previous HubSpot article showed that blogging increases website traffic. What else, you may wonder, can blogging help your business with?

A new study of 2,100 HubSpot customers reveals that companies that blog have 79% more Twitter followers than those that don't.

The companies in our study were all small- and medium-sized businesses with between 1-1,000 employees. All had at least one Twitter follower.

A study of B2B and B2C companies returned similar findings. As the chart below demonstrates, blogging increases Twitter reach by 113% for B2B companies and 30% for B2C companies.

A follow-up statistical analysis shows a relatively strong correlation between the number of blog posts published and Twitter reach, further confirming the significant role that blogging plays in building a company's base of Twitter followers.

The results of this study are not entirely surprising -- as a consumer of Twitter feeds, there's no question that the most valuable of these feeds are those that include regular updates with unique, high-quality content.

To conclude, Twitter has become a highly effective marketing tool. HubSpot data shows that businesses of different sizes and service nature can reach more potential customers via Twitter by enriching their Twitter streams with content from their blog.

Should You Be Blogging For Enterprise Customers? Yes, Here's Why.

31 Business Blogging Stats You Need to Know in 2020