Power of the People: Seth Godin Says "No" to Traditional Media for Book Launch 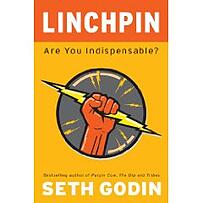 Seth Godin's new book, Linchpin , was officially released yesterday, and it's already gotten a ton of reviews.  Most would assume he implemented an elaborate launch plan including targeted pitches to traditional media like newspapers, magazines and television to get the coverage.  Then again, most would be wrong.

In fact, Seth admitted he completely excluded traditional media from his book launch plan.  Instead, he elicited the power of the people by targeting his readers and the blogosphere for exposure, relying on a more modern PR approach .

He sent review copies of his book to those of his readers who requested them and interacted with over 40 different people from various industries and blogs that represented artists, business bloggers, marketing sites, brand innovation sites and creative bloggers.

The results speak for themselves.  A Squidoo page currently highlights 60 links to podcasts, guest blog posts and interviews featuring coverage of his new book.

Stories of how bloggers are stealing the thunder of traditional media are sprouting up more and more.  In the fashion industry , bloggers are replacing journalists from elite magazines like Vogue in the front rows at fashion shows.  We're starting to witness an increase in the power and influence of bloggers and less of a need to rely on mainstream media for exposure.

How this applies to your marketing mix:

The next time you're putting together a plan to launch a product, service, book -- what have you -- don't undermine the power of the blogosphere to get your word out.  Start developing relationships with bloggers now.  Follow them on Twitter, comment on their blogs and link to them in your own posts.

You can spend days pitching mainstream media outlets and get no results, or you can spend some time pinging bloggers, who are more accessible and better likely to cover your news.  The bottom line?  You don't need an elaborate, fancy PR campaign to get publicity .