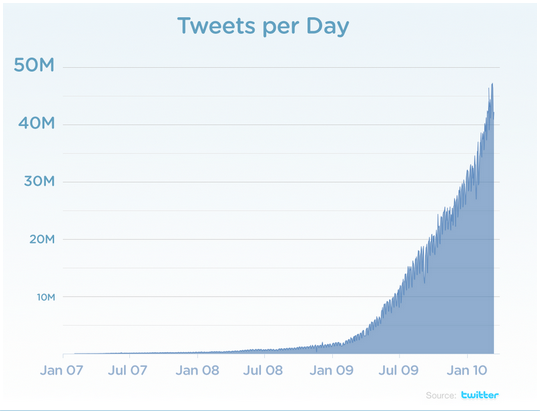 The new data was published by Twitter analytics lead Kevin Weil in a blog post this evening .


According to Weil, "Tweet deliveries are a much higher number because once created, tweets must be delivered to multiple followers."  And, he wants you to know that the TPS numbers here do not include tweets from those accounts identified as spam.