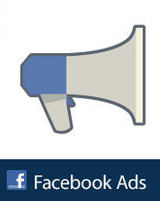 In our previous editions, we discussed how to select your targets for ads and how to design your ads and copy. Today, we're going to discuss the best ways to leverage clicks from Facebook Ads. Facebook ads have somewhat of a bad reputation for converting very poorly, mostly because they're poorly utilized. Facebook Ads are not the same as Search PPC Ads, and should not be used the same way nor do they adhere to the same conventions of best practices.

Traffic from Facebook converts poorly on service detail pages, and extremely poorly on eCommerce product detail pages. This is due to the fact that they’re based upon passive interests rather than active interests (unlike search engines). However, Facebook ads allow you to target those people who were not already aware that they should be searching for your product/service.

In this way, the psychology behind Facebook Ads is a lot like more traditional broadcast media, where you're displaying an ad targeted at a demographic that you think is going to be interested in your product or service. Unlike a 30-second commercial during Burn Notice, however, Facebook Ads give you ability to laser target exact demographics. Also, unlike traditional media, you're only paying per click (while the option to pay per impression is available, I've not seen many studies where that performed better).

You’ll want to test to see if traffic from Facebook Ads converts well on your primary calls-to-action, but in general Facebook Ads traffic to primary conversion pages will convert poorly.

1. Top of the Funnel Offers

Given the interest-driven nature of Facebook traffic, however, they convert very well with offers at the top of the funnel. This specifically applies to educationally oriented landing pages. If I’m interested in “Inbound Marketing” and your ad takes me to a landing page for “The Ultimate Guide to Inbound Marketing”, I’m extremely likely to convert with my e-mail address. Once you have that, you can use your automated lead nurturing to move me down the funnel towards a primary conversion.

Facebook Fan Pages are another great target for Facebook Ads traffic. Calculating the value of a Facebook fan, and therefore the ROI of a PPC campaign focused on generating additional connections, has been debated endlessly. For example, in 2010, I conducted a study which showed (for the eCommerce company I was with at the time) that a Facebook fan was worth more than $3/year, whereas traffic coming directly to a product detail page from a Facebook ad campaign was only worth $0.86. Since our Cost Per Click was around $1.22, it clearly wasn’t worth it to send traffic directly from Facebook ads; however, getting additional fans created more than a 250% ROI. Facebook fans are very valuable, in part, because you now have the ability to publish posts into their newsfeeds – whereas paid traffic to a product detail page either has to convert or not.

Rather than worry about which one is most valuable, the HubSpot Welcome App overcomes this by allowing you to put a lead generation form on your Fan Page with an educational Top Of the Funnel (TOFU) offer by which you can capture their email, nurture them along in that way, and still have the engagement value of Facebook.

Study Tips to Help You Ace Any HubSpot Academy Certification

Use Inbound With Your Ads to Effectively Convert Visitors