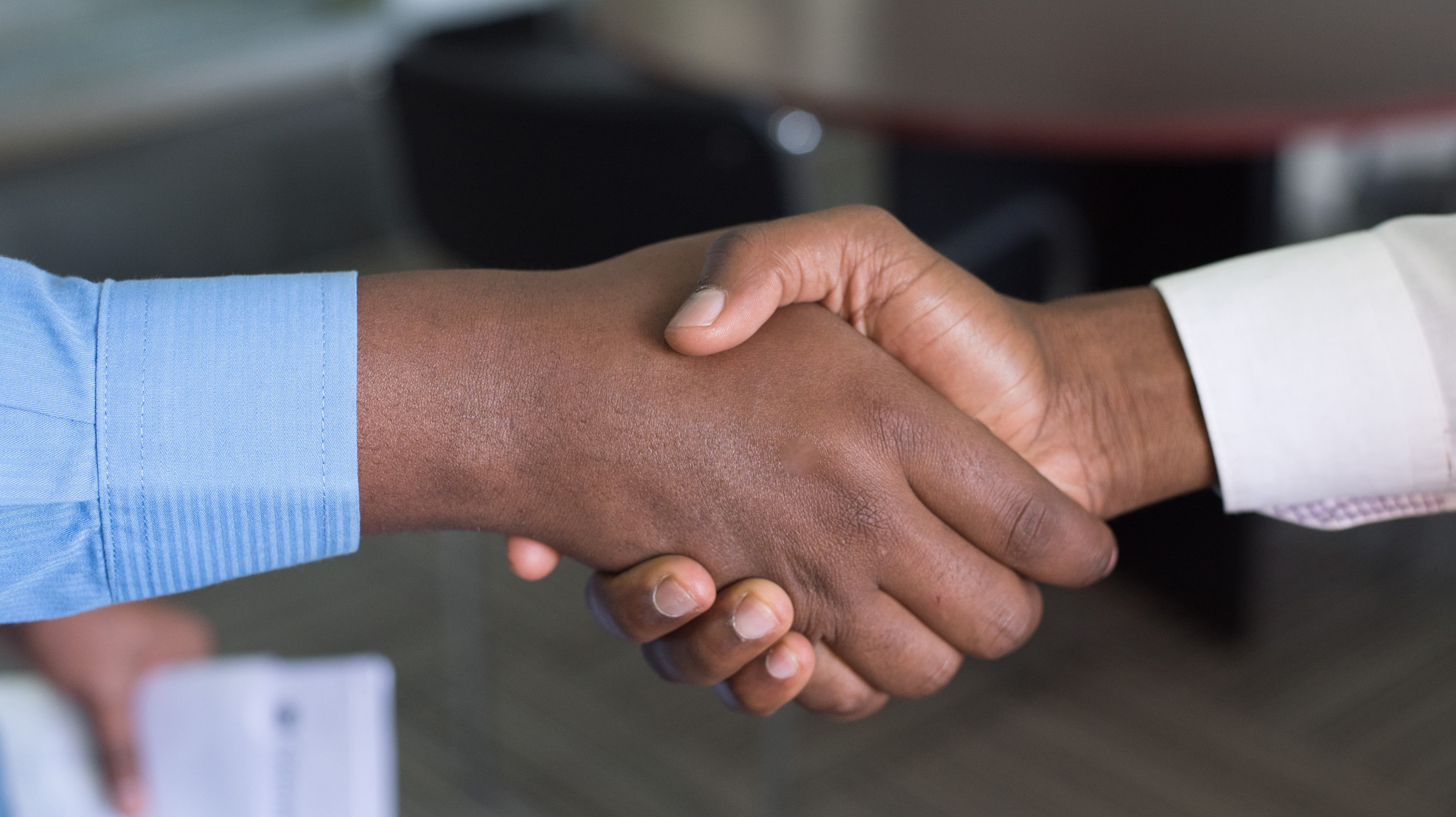 Much of what sales teams do on a daily basis is centered around sales pipelines. Pipelines can help set priorities, manage the workload, and surface automation opportunities to alleviate manual work for both reps and managers.

A key part of an effective sales pipeline is having well-defined deal stages. Deal stages are helpful not only because they provide a more detailed overview of your sales process, but also because they help keep track of your projected revenue for a specific period of time. Before we dive into best practices to help you define your own deal stages, let’s tackle a few essential definitions.

A deal is an individual record of a potential sale in the HubSpot CRM. Deals are used by sales teams to track their individual sales from the moment a prospect shows buying commitment to the point of closing the sale.

What is a deal pipeline?

What are deal stages?

Deal stages are the steps in your pipeline that represent the different milestones an opportunity goes through before reaching the point of closing. In HubSpot, you can easily move a deal from one stage to another by simply dragging and dropping it as shown below:

Since so much of a sales team’s day-to-day depends on their deal stages and pipelines, — from their deal prioritization to their revenue forecasting and reporting — it is paramount that deal stages are as accurate and well-defined as possible. Whether you’re just getting started or you’re looking to optimize your sales process, have a look at the three common mistakes you should avoid when defining the deal stages of your sales pipelines.

1. They Don’t Consist of Complete Actions

A recurring challenge for sales reps is not knowing when to progress their deals from one stage to the next. Oftentimes, this is due to deal stages not representing a complete action. Complete actions not only help identify the exact moment a deal should be moved into the next stage, but they also help sales reps be clear as to what next milestone in the sales process they should be working toward. 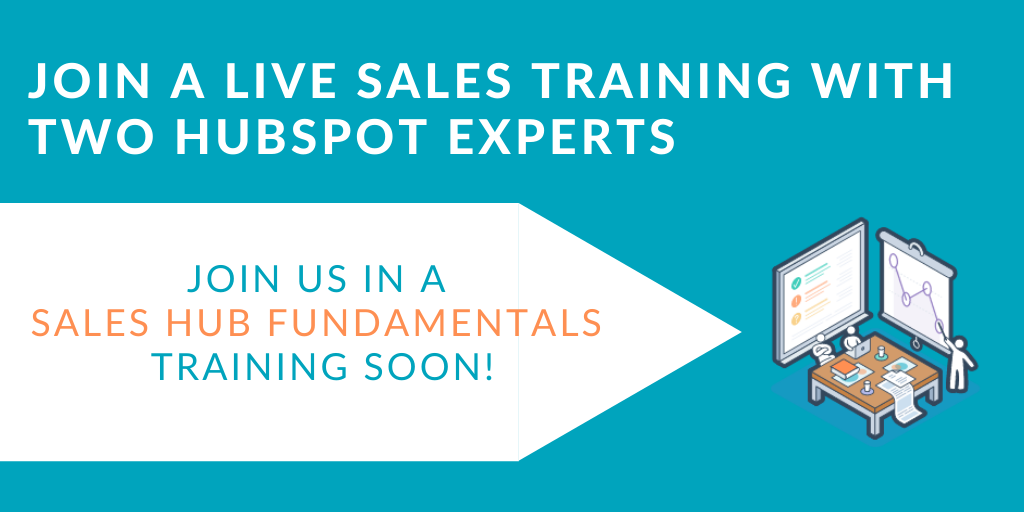 For example, imagine you’re a rep working on a pipeline that has these stages: 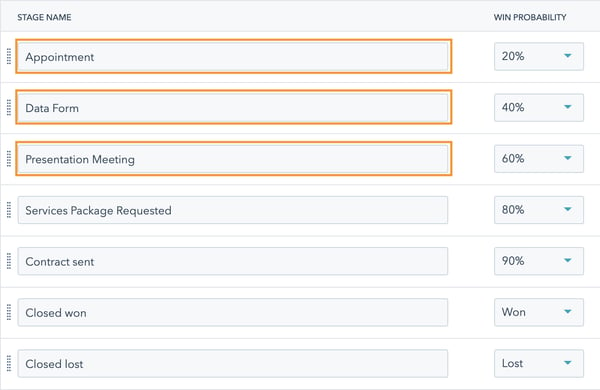 It can be very challenging to determine the right moment to set up a deal in the Appointment stage, or work out the best moment to progress it to Data Form or Presentation Meeting as there is no further indication of what these stages truly mean or represent.

If we were to simply rephrase these three stages into Appointment scheduled, Data form received, and Presentation meeting completed, it would become much easier for us to pinpoint the exact moment a deal should be progressed into those stages. 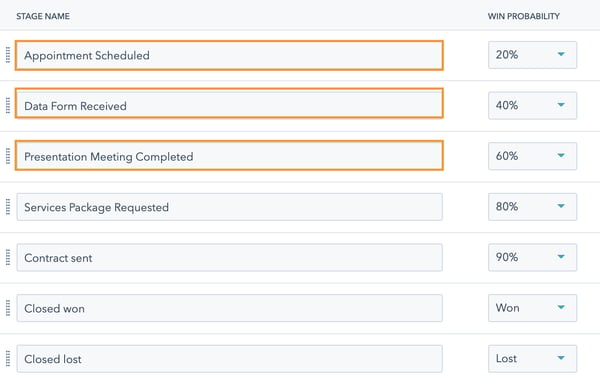 Another common mistake that can turn deal forecasting and reporting into a bigger challenge than it should be comes as deal stages not always representing actions that consistently take place in the sales process. If a deal stage represents an action that isn’t recurring for deals in a pipeline, i.e., it’s more a one-off or a potential follow-up action for a specific deal stage, it’s very likely that those deal stages are causing some friction in the reporting and forecasting of that pipeline.

Let’s take a look at the following pipeline as an example: 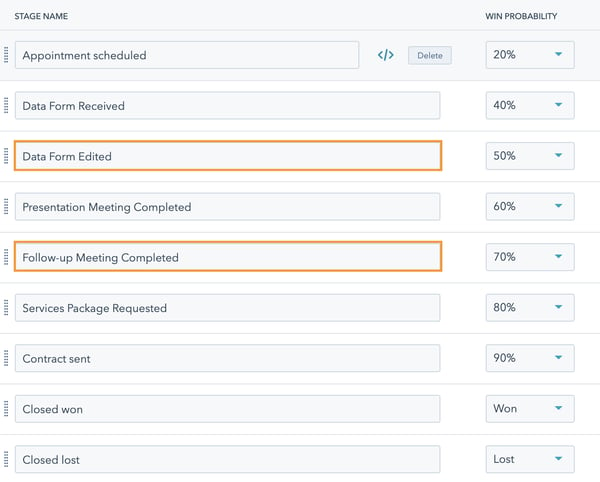 The deal stages highlighted in this pipeline don’t (ideally) represent recurring actions in the sales process. If we think of Data Form Edited we can safely assume that this stage will only be applicable if data are missing or have been entered wrong by the prospect, while the stage Follow-up Meeting Completed may only be applicable if the team didn’t have enough time to address all prospect’s questions in the previous presentation meeting.

Removing these two non-recurrent stages from this pipeline would help ensure all stages are actual milestones in this sales process, which would mean that all deals would go through all stages from the moment an appointment is scheduled by a prospect to the point of closing. Understandably, sales processes can be more complex and may require additional properties to be used for tracking purposes, such as HubSpot’s default lead status property.

One last important aspect to consider when defining your deal stages is objectivity. To help maintain a realistic pipeline that truly represents the state of your business, your deal stages should consist of actions that are focused on the buyer — not on the seller. In other words, each deal stage should be a representation of increased buyer commitment as your prospects move closer to the point of closing. Your deal stages shouldn’t be used as a to-do list for your sales reps.

Let’s look back at our example pipeline and see some of the stages reworked to ensure they were buyer-centric:

Prospects in this example show increased commitment by completing specific actions, such as scheduling an appointment, filling out a data form, attending a presentation meeting, and requesting a services package. Making these actions the focus of our deal stages will ensure that we'll be objectively building upon our prospects' commitment to buy and that the win probability of our stages is a fair representation of that commitment.

Want to talk more about deal stages? Join the conversation on HubSpot.