I joined the HubSpot Academy team in January 2015. I was determined to grow the number of followers that HubSpot Academy had on Twitter. Initially, our Twitter community only consisted of 1,510 followers. My goal was to reach 10,000 followers in 18 months. Before joining the team I worked in promotion for INBOUND 2014. I created social messages, wrote blog posts, and analyzed data in excel. What did I know about growing a following? I only had a few hundred Twitters followers myself. GULP, challenge accepted.

This helped me frame a strategy around multiple goals rather than focusing on the follower number. I was able to create a comprehensive content promotion plan that aligned around these goals and and identify ways to engage audience members and encourage them to be members of our community.

Learning to use HubSpot to expand a social following

As a new marketer, I found HubSpot was a powerful, and at times, an overwhelming tool. There was so much to learn, yet where should I begin? Luckily, I had just earned my HubSpot Certification when joining the team, which taught me not only the best practices of HubSpot, but also how to use the social media tools! PHEW! The tools that turned out to be the most helpful were all under the Social drop-down menu. I would need to use all of them to conduct a thorough social media audit.

I started by using the Social Publishing tool to review our publishing history. I sorted our published messages by date and then filtered by channel to only include messages published from our Twitter. I was curious to know more about our activity. How did our content resonate with audience members?

What I discovered: we weren’t very active. In fact, we weren’t using the social tools for publishing messages to Twitter. GASP. But I wasn’t worried. I knew that we could make an epic return and woo audience members in every way!

I had also used the Reach report. Reach is a metric that measures the size of your audience based on the number of fans or followers associated with a social media account.

I also used the Sources report to find out how much traffic the HubSpot Academy website was generating from Twitter. 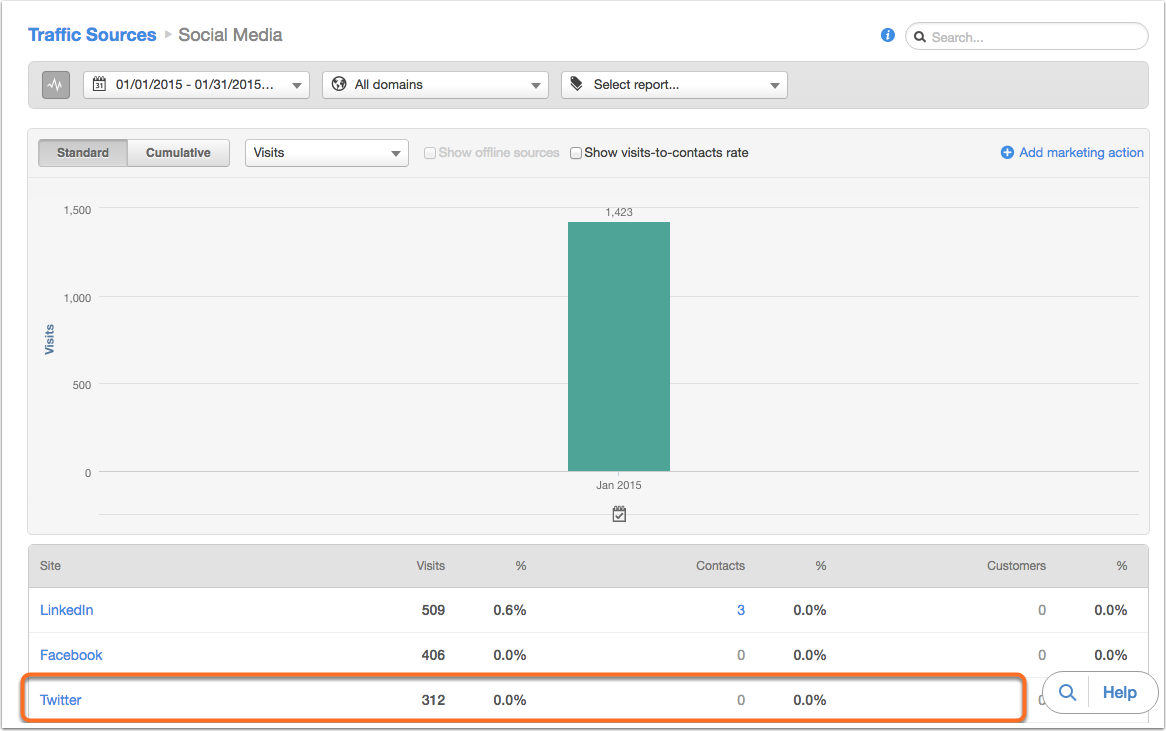 Creating a promotion schedule was like second nature to me. Build template. Source content. Draft copy. Insert image. Publish. It was easier than learning how to ride a bike. Or so I thought. The great thing about HubSpot Academy: we are content creators at our core. This means there is an endless list of content to share with audience members. From Live Labs, to Certifications, to blog posts, and Inbound Learning Broadcasts, I knew I’d never run out of content.

I did research about when the best times to publish to social media would be. I then used the Bulk Publishing template for Twitter to develop a publishing schedule.

I also added those times into the social Publish Schedule to make it easy to fill-in slots throughout the week.

In order to determine the right content for our Twitter audience I ran many experiments. Initially I began by promoting certifications and live training sessions, like Live Labs, Inbound Learning, and Partner Broadcast. My rationale was that if we saw an increase in attendance to these live sessions, then the social media promotion worked.

After finding that registration and attendance didn’t spike. I knew I had to adjust our approach. I used the Social Monitoring tool to create social media streams to monitor for mentions of HubSpot Academy, our certifications, and talk of inbound, or questions. 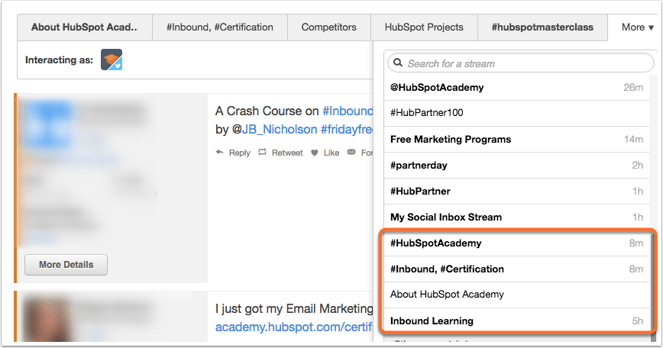 I learned that our audience was made up of people who had already attended our live labs and wanted to learn even more about Inbound. They loved reading about HubSpot hacks and Inbound tips and tricks. I used these insights to modify our content promotion plan to include content that reflected their interests and I saw an immediate increase in activity and audience growth. Our current audience members loved the content that I had begun to promote and shared the content with their networks. As a result, we gained new followers.

But we still weren’t soaring to 10,000. Something was missing.

Getting engaged... minus the ring

Engagement is a critical component to developing a strong social media community. Members want to know that someone took the time to read their message and share their thoughts. To do this, I relied on the social monitoring tool.

Each day I would spend 10-15 minutes responding to newly certified marketers and answering questions directed our way. And it worked! People were excited to follow us on Twitter once they saw that we would respond to their mentions and congratulate them on earning a new certification. As a team, we enjoy interacting with audience members just as much as, or even more than, they enjoy interacting with us. Below are just a few of our favorite moments on Twitter:

@moininaam you're so very welcome! Glad you could get so much out of it and we hope you continue to learn with us :)

My life now that I've been taught about Smart Content from @HubSpotAcademy --> #contextualmarketing pic.twitter.com/EzEs4y7rjD

Did we reach the goal?

As I'm writing this post, we still haven't reached our goal of 10,000 followers, but we're still climbing! My team and I are confident that we will reach this milestone very soon. We would like to say thank you to all of our Twitter followers and community members across our other channels- Inbound.org, Facebook, and YouTube to name a few.

When I took on this challenge I had no idea what to expect, who I would meet, or the many lives that HubSpot Academy would change. We value our learners and community members who use our content and engage with us regularly. Your stories and accomplishments inspire us to work hard at educating and inspiring people so that we together, transform the way the world does business.

@ValentinDAVID1 Thank you for being a member of our community! It's a pleasure to have you!