Starting from scratch can be daunting, and staring down the barrel of 3 Twitter followers (2 of whom are sitting in the room with you) is a little depressing, frankly. We're a startup called Tellient and lucky enough to have recently been accepted into the HubSpot Jumpstart program, but that means we have no time, no budget, and no presence. 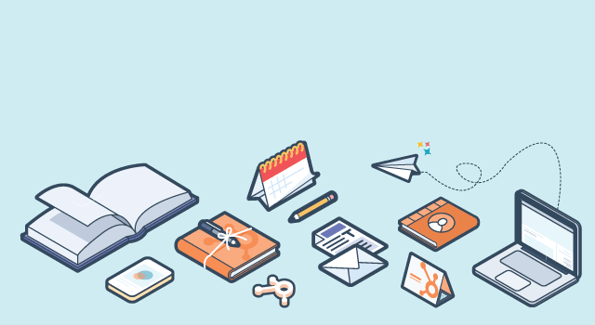 You may be better off than I was. Maybe you already have customers, fans, or at least people that might be interested because you aren't just starting your business, or maybe you're new to Twitter. Either way - that's awesome! You've already got a headstart - be sure to reach out and ask them to follow your new Twitter channel!

Everywhere I looked online, I found techniques for getting more followers, but few that addressed what to do to launch a completely new channel. I even signed up for a tool that promised to help me get more Twitter followers. You'll never guess the error it gave me: I didn't have enough followers. *facepalm*

So I rolled up my sleeves, used the tools available to me, and built 100 engaged, relevant, and dare I say, influencing followers in just 7 days. This post outlines how I did it. Follow these steps, they'll take you a total of about an hour for each of the 7 days, then let me know in the comments how it goes.

What makes a good description? One that has some good keywords in it. Let them know what you're going to be tweeting about. The goal is to attract the right followers, right? So if you're tweeting for sous vide enthusiasts, make sure you mention it in your description so they know you'll be a valuable addition to their crowded feed. Also, try to keep it short. Have a URL to learn more (bonus points if it's trackable). Funny is good.

This is how you'll find not only the people you should follow, but where you'll identify who you want following you. You're going to notice some influencers- Twitter users who get retweeted a lot and cover similar topics that you will be covering.

You know that feeling you get when someone retweets your content? You're stoked right? Spread the love! If you find great content, share it! That's what social media was created for, after all. This is a great technique to get noticed by exactly the folks you want to. Don't be afraid of your competitors, either. If they have great content, go ahead and share it! Be sure to @ mention the source of the content if it's not your own, it's good manners and good social strategy too!

4. Add your own flair

Sometimes you'll find a link to great content buried in a lackluster tweet. Pick out what you think is the most insightful, surprising, or controversial point in the content you're sharing and compose a better, bolder, more interesting tweet.

Don't worry, we're a startup too, we really don't have much in the way of content either. Take stock of what you do have. I had 1 blog post and 1 landing page inviting visitors to subscribe to the blog (that had our one precious, lonely post in it). No one wants to hear about you, you, you all the time anyway, so you can get away with not having a ton of content to promote in your first week. You're going to be sharing mostly other, relevant and remarkable (read: sharable!) content you've curated anyway.

If you're following some great, relevant hashtags that are yeilding lots of awesome content to retweet, make sure you're following those users that are creating or curating that content. That first day, the day I had 3 followers, I pulled up the hashtags #InternetofThings and #IoT and basically followed everyone that came up in that stream. A long-tailed keyword is a great place to start. By the end of day 1, I had followed almost 100 accounts. Twitter also gives great suggestions of who to follow once you've followed a few relevant accounts. 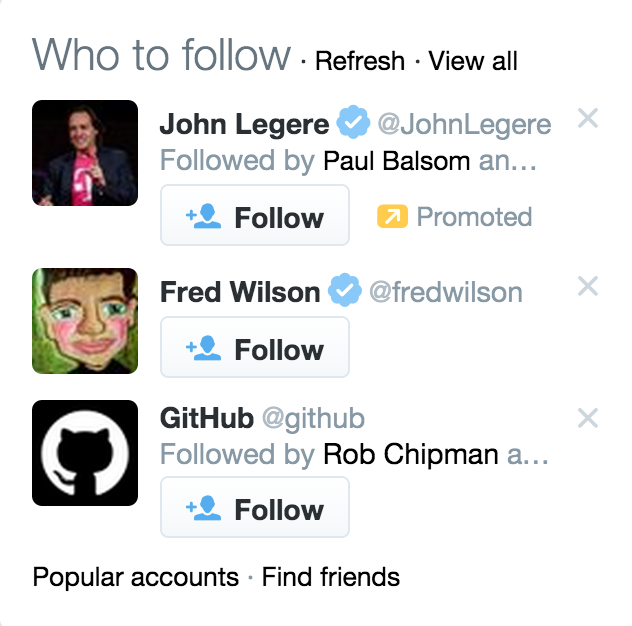 If anyone follows you, follow them back. The exception to this rule is for accounts that are obviously spammy. If the description is "Get 10k followers for $5" you can skip them. Or if they have 3 followers and are following 15,324 people.

8. Be gracious, be personal

If someone follows you, thank them! I chose to do this publicly, with their @username at the beginning of the tweet. If you don't start with @username, all your followers will see the message, which will quickly drown out the content you want your followers to see.

Protip: If you do want everyone following you to see a message that you'd like to start with @username, just add a period at the beginning. Like so:

@super_luminal, thanks for following! Glad to have your voice in the mix on the topic of Big Data. Have an excellent week!

.@super_luminal is my favorite source for news on #BigData and the #cloud.

All of my followers will see this tweet in their feed.

9. Tweet way more than you think you "need" to

How long are you on Twitter when you're reading tweets from your feed. Not that long, right? You probably miss tons of tweets during the day. If you only post once a day, how many of your followers are actually there are the right time to read your message? A tiny fraction of your followers, probably. I set up a schedule and tweet no less than 11 times per day, not including stuff I'm retweeting. 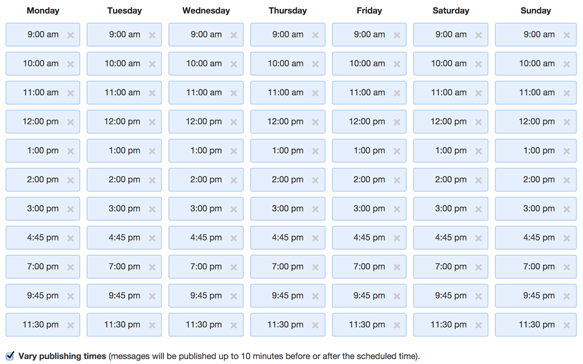 That seems like a lot probably, which brings me to the next step:

For the same reason you need to tweet frequently so followers see your posts, it's ok to repeat yourself. Just because you're sick of a post doesn't mean your followers have even seen it! So as long as the content is still relevant and it's still working, getting retweeted, reworked, and favorited, reuse those great tweets that you worked so hard at.

You can't know what tactics to abandon and which things to do more of without stopping to look around and take stock of how things are going. Are your tweets getting interacted with, clicked on, and shared? Great, take a look at the things those best tweets have in common. Which ones did you notice suddenly brought on a burst of new followers? Do they use a particular hashtag? Did you craft the message differently to entice people to click or engage? Maybe you simply asked for retweets. Pay attention to how your tweets are performing so you can adapt and maximize your time.

12. Choose and use active hashtags

PIck a core group of hashtags that are long tail enough to be very relevant to your business and the things you'll be tweeting about and promoting. Choose one or two for each tweet, then experiment with different ones that are relevant to specific posts to try to reach new audiences.

Calling out particular users can really encourage them to retweet or reply, making your tweet visible to their followers, which might be very numerous and perfectly aligned with the audience you're trying to reach. It's a great way to help strangers become followers and visitors.

The bottom line and name of the social media game, especially when you're just starting up, is reciprocity.

These 13 easy steps stem from this one golden rule of building a following for your Twitter, and for all social channels!

Do unto others (by engaging with them through social media) as you would have done unto you, and you will have a thriving Twitter channel, full of engaged, awesome followers that are delighted by your remarkable content because it was thoughtfully posted.