Two Ways to Think about Your First CRM Roll-Out

It goes without saying that rolling out your first CRM software is no small task. But how much of a task? Is it something that requires a couple days of thoughtful setup, or several months of investigation, planning, and a formal rollout? 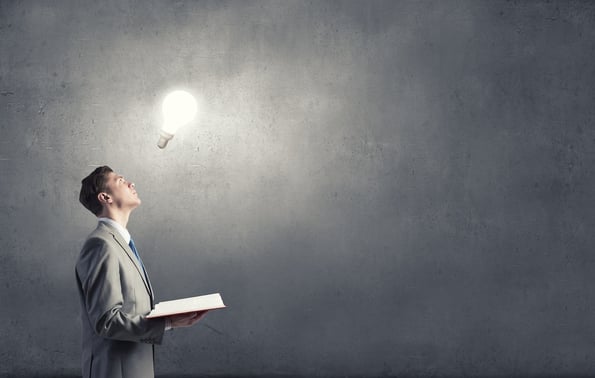 I spend a lot of time talking to different teams who are starting down this road. The range in how people approach the task of rolling out a CRM is very, very wide - even amongst companies that look very similar to one another.

For some organizations, rolling out a new CRM system will take weeks or months of planning, setup, testing and training before any meaningful use of the tool starts. Common characteristics of these teams include:

There’s nothing wrong with falling into this bucket. (At HubSpot, we’d put ourselves in this category!) Process and organizational complexity are often the side effects of scale and success. If you work at a company like this, it probably comes as no surprise to you that rolling out something as big and as central as a CRM system would require a lot of forethought and planning.

Maybe your organization isn't big and complicated, yet. For teams who have less (we’ll call it “CRM baggage”), fewer existing systems and processes, and fewer rigid expectations, there are a couple of different approaches they often take. Amongst the smaller teams and companies adopting a CRM for the first time, some will choose to follow a process that looks much like the traditional enterprise software purchase approach that we outlined above.

I’m an organizer and a planner by nature, so I can sympathize. Choosing a CRM is a big decision, and you want everything to go as smoothly as possible; this is where the urge to agonize over the details comes from. I won’t fault you for it, and I won’t say it’s wrong. I would, however, like to propose an alternative.

Amongst all the teams we see adopting HubSpot CRM, there’s a second path we see some teams following. They take advantage of the fact that they are small and agile to start using their CRM of choice faster, lighter, and with less pre-planning and process. They don’t invest a ton of time agonizing over the details - instead, they make the call to dive in and iron out the details as things go along.

While there isn’t any one set of hard and fast rules to follow, there are some characteristics that many of these teams seem to share.

They prioritize adoption by leading with value.

It’s widely known that the biggest challenge to rolling out a CRM is just getting the people on your team to use it consistently. This usually stems back to the same core problem - most CRM systems just aren’t all that compelling for the end user to use.

To help overcome this initial hurdle, successful teams focus on leading with the value their end users will see out of the system. One example with HubSpot CRM & Sidekick - introduce your team to email open & click tracking. It’s easy to set up and shows them instant value out of using the tools.

They make the bar to get started insanely low.

Teams that take a lighter approach to rolling out a CRM don’t throw the whole enchilada at their team all at once - even if you have the buy-in of your team, it’s too much to digest, and people end up overwhelmed.

Instead, they focus on getting their teams set up with the features that require the least amount of deviation from their existing process that reap the biggest rewards. An example with HubSpot CRM might be getting your team set up with BCC-to-CRM.

After a few days of data flowing consistently into the CRM, you might introduce your team to how HubSpot CRM has been organizing all of their prospect communications in the background on their contact records - another small point of value that’s easy to digest.

They make smart compromises when it comes to putting rules & processes in place.

One way to roll out a CRM system, probably the most commonly taken approach, is for managers and VPs to get in a room and decide step by step how a sales rep should move through the system in painstaking detail. The result, more often than not, is a strict set of guidelines and steps that are hard for reps to remember and not all that compelling for them to follow.

This is another place where these teams differ. They err on the side of building processes to match the way people are working instead of doing it the other way around.  While some amount of process is necessary to get value out of your CRM, making smart compromises and looking at how people are using your CRM as a starting point is more likely to leave you with a reasonable set of requirements that will actually be adhered to in the long run.

Forward Momentum is a Powerful Thing

In the case of a CRM rollout, not having any forward momentum is far more likely to pose a threat to your rollout than a plan you didn’t put in place, or a process you need to tweak later on.

A big part of how we’ve built, priced, and rolled out HubSpot CRM has been focused around helping you start getting that momentum, and maintaining it over time. That’s a big part of why HubSpot CRM is free (there’s no “big decision moment” where you lock yourself into a contract), and no sunk costs if things ultimately don’t work out. We’ve also tried our hardest to make HubSpot CRM easy to use and get value from, even if it feels like you aren’t “using” your CRM (BCC-to-CRM, for example, logs messages automatically without a sales rep even being logged into their CRM.)

So, if you can, resist the urge to over-plan and over-polish - just get started.