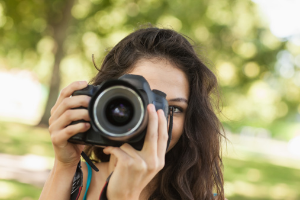 One of the most difficult roadblocks to overcome in ecommerce is the page-load speed. Studies show most visitors will leave a website that takes more than three seconds to load. That’s not a lot of time, especially if your site is heavy with rich media like images and videos. Search engines are also increasingly factoring page-load speed in determining what websites get ranked on organic search engine results pages.

Now, however, Google has given us the new WebP image format. While you may sacrifice a little quality, you will get faster load times on images, which in turn boosts the loading times for your website. What else do you need to know about the new WebP format? Here are a few tips to help:

1) You Need the Right Tools for Editing

If your goal is to post your own images in the WebP format, you should be just fine. Where you might run into trouble, however, is when you need to edit or manipulate an image that already bears the .webp extension. Many graphics software programs support WebP, like Picasa, PhotoLine, and ImageMagick. A plug-in is needed for Photoshop users before images can be edited.

While the images load faster, they do so at the expense of quality. Web developers love the new format, but only when the images used remain the same size as displayed on the site. If enlarged, users will see a distinct drop in quality as compared to JPEG images at the same size.

3) PNG to WebP Saves Even More

If you can convert any of the PNG files on your website, you can move things along even more. When Google applied the changes to Google Play, they reduced the standard file size by 35%. How quickly would your website move if you trimmed 35% of the fat?

You’ll still experience the same load times if you use Firefox as your browser. Because Mozilla is working on their own image format, they have no intention of welcoming WebP any time soon.

5) Google Puts Their Money Where Their Mouth Is

Perhaps the most compelling piece of evidence is Google’s consistent use of their own product. As mentioned earlier, they’ve replaced files on Google Play, and they’ve also changed up the thumbnails on YouTube. By converting the JPEG thumbnails to WebP files, the site load time is 10% faster.

6) The Old Objections No Longer Apply

If you’ve been following the saga, you probably read that the images took about eight times longer to encode than JPEG. That’s enough to scare anyone away from a new file format, right? Recent optimizations have reduced encoding times by 25%, so there’s less excuse to worry.

The format is ready to use right now, as long as you’re planning use only for web use. Speed up those ecommerce sites in no time by making one simple change. You’ll see a big reduction in bounce rates when you get those load times under three seconds. Are you planning to give the .webp extension a shot? Let us know how you like it!