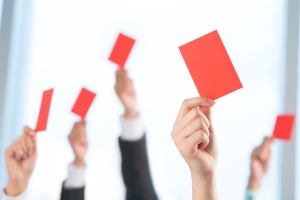 The World Cup is a BIG DEAL, and seeing our guys go through the first round in the Group of Death is just as big. We're so proud of our team, our coach, and all the American fans.

The atmosphere here at HubSpot yesterday was buzzing with excitement as we awaited the USA game. When kickoff arrived, we were all present and accounted for, ready to watch the match and cheer our team to victory. 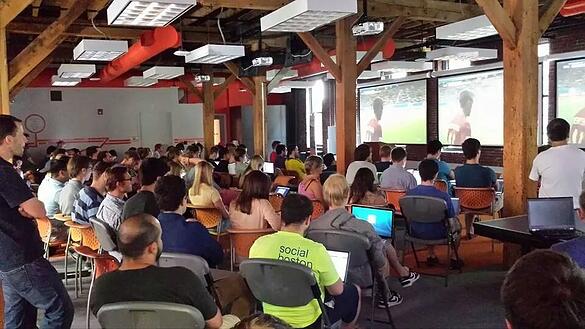 We even love to see that same support and patriotism come rolling in on social media in the form of memes and clever tweets. Isn't that one of the best parts of big sporting events? Plenty of American brands were out in force, with quippy puns and images in support of our team.

We’re all for jumping on a bandwagon and using social media plus world events to reach a wider audience. When you can combine these things with a heightened sense of patriotism, everyone’s a winner, right? What happens when you put all this effort into a brilliant campaign filled with humor, sparkling images, and…a massive faux pas?

Let’s take a look at some of the top brands to see if you catch the mistake:

Let's do this 'merica pic.twitter.com/CQUdBvdsvi

See, this is nice. Waffles from Waffle House in the shape of a flag. Very patriotic.

Our friends at @WaffleHouse are boycotting #Belgium waffles. We fully support this movement and the #USMNT! #TeamUSA http://t.co/ahBHh6yiIS

Ohhhh, I get it. Belgium waffles! Clever. I mean, it's supposed to be "Belgian," but whatever.

Coors, you had a real opportunity here to go after Budweiser. They're owned by a Belgian company now! What were you thinking?

Ha! Another waffle joke. You guys...

Kudos for skipping the waffles with this one. Oh, that was your point, right? That's why you have PANCAKES. A waffle boycott! I get it.

Look! They’re all talking about Belgian waffles (and in one case, Belgium waffles, but we’re already being snarky enough). It’s all very clever. Some even attempted to change the name of Belgian waffles to “Freedom” waffles, because, you know, we don’t want anything that comes from Belgium during the big Belgium-USA match.

Except, well, Belgian waffles aren’t actually from Belgium. They’re an American creation. All day long, brands have been showing their support by eschewing an…American food?

Who Got It Right?

Belgian chocolate? Psshhh... Eat a MoonPie and cheer on the #USA! #WorldCup pic.twitter.com/sGVNKZSiqN

And that’s about it. At least Belgians do make Belgian chocolate. Plus, Moon Pies are delicious.

How to Avoid Blunders

First, research before you meme. We applaud Waffle House for starting the whole anti-Belgian-waffle war, but a quick search might have shown them that poking fun at Belgian chocolate or Belgian beer—or any other thing actually made in Belgium—might have been a better choice.

Next, don’t jump on the bandwagon the moment the first company posts a clever tweet. Assuming that Waffle House got it right the first time put a bunch of other brands in the same boat.

Finally, admit when you get it wrong. Consumers will forgive a faux pas when you acknowledge it, but you might have a hard time getting past the problem if you act like it never happened.