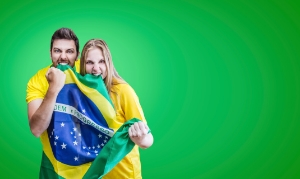 All eyes are on the World Cup for at least the next few weeks. The millions of people watching, streaming, chatting, searching, Facebooking, and tweeting make clear the impact this one sporting event—the largest to date—has on the people of the world. What also becomes clear is the financial impact, as sponsors vie for attention between matches.

Here are some of the most staggering marketing and ecommerce statistics from World Cup 2014.

This is truly a World Cup to top all before, but we’re not done growing yet. Imagine how these statistics will increase even more before 2018 as the world continues to adopt new technology, trust online retailers, and turn to the internet for their information.